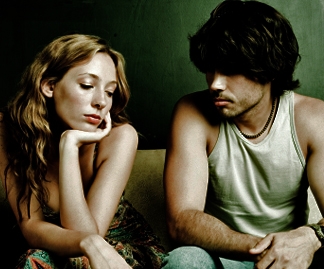 “You’re still a virgin?” The question is awkward, and upon giving my affirmative answer I receive a variety of responses. Some people cheer excitedly with genuine joy. Others dip their heads with a wistful look of remembered regret over a hasty decision from long ago. Then there are those who adopt a shocked expression, shaking their heads and saying: “You don’t know what you’re missing!” They’re right: I don’t know what I’m missing. But I don’t care. I don’t care that I am missing out on “it,” because I see what getting “it” has done to this world and to the people objectified through the pursuit of “it.”

By “it” I mean sex, of course. The pursuit of sex has destroyed many people and many lives through sexually transmitted infections, unplanned pregnancies and abortions, infidelity, broken relationships and prostitution. In the United States alone, more than 1 million people have HIV/AIDS, 1.1 million have chlamydia infections and more than 350,000 have gonorrhea. Approximately 1.2 million abortions are performed every year in the United States, with more than 42 million abortions per year worldwide. An estimated 30 to 60 percent of married Americans engage in some various form of infidelity sometime during their marriage. Yet as a whole society limps along and addresses our wounds as if they’re not serious, continuing to encourage others to go down that same road littered with casualties instead of warning them of the danger ahead. We laugh at the anchored rope of purity as we head full speed toward the edge of the cliff.

For Christians, purity is a direct command from God. We’re told repeatedly that we must be holy like God is holy, that we must pursue things that are pure, good, honorable and worthy of God. Sex is good and honorable when within its God-given boundaries—one man and one woman within marriage—but when we take it out of its rightful place we distort that which was once pure and good, and we get burned in the process. We cannot pretend that sex outside of God’s design carries little consequence with it. Experience proves otherwise: There are millions worldwide who are paying for this casual view of sex with their very lives.

When we promote purity in today’s world, we must understand the whole issue at hand. Purity is more than personal chastity, and we must take a stand for purity with more in our hearts and heads than a simple “Because God says so.” We must see purity for all that it really is: commanded by God with the intention of setting us apart from the world, but also as a powerful form of protest against the cheap, casual sex peddled by this world and the heartbreak and slavery that result from buying into it.

Taking a stand for purity means taking a stand in support of the whole person, soul and all. We recognize every person is an eternal being, and sex is not simply a casual physical act. We recognize the spiritual implications of sex: the union of two becoming one on a very deep, spiritual level. As individuals we must believe purity can serve as a powerful voice of change in today’s world, and we must view our stance on purity as a protest against the enslavement of men and women to something that strips them of their spirituality.

Purity is a protest against the industries built around sex and “sexiness,” industries that objectify God’s precious children and deny the existence of the eternal soul. Pornography, sex trade and prostitution, strip clubs, adult bookstores, clothing, music and movies are just a partial list of industries that make their money off selling cheap sex in all its various forms. All of these denigrate the eternal being and seek to portray people as objects to be lusted after with “no strings attached.” Exhilarating sexual conquest becomes the end goal of entering into a relationship. When we stand up for purity we say of the pursuit of casual sex: “That is a forgery! That is bondage!” Relationship is more than sex, and people are more than their sexual drives and physical attributes.

Purity is a dramatic protest against relationships as the world does them: giving oneself to multiple partners over the course of a lifetime in an effort to “find the right one” or to simply gratify physical or emotional desires; moving in together prior to marriage in order to “test compatibility”; splitting up the marriage once either partner realizes they are “no longer in love” with the other person. Supporting purity means standing against the 41 percent divorce rate in the U.S. and viewing marriage as a lasting commitment worth preserving. Purity supports families and cries out against the reality that of the entire Western world, the U.S. has the lowest percentage of children growing up with both biological parents in the picture (63 percent). Purity is a protest against marital unfaithfulness in all its forms, because it holds sex as something sacred and special, something worth waiting for, fighting for and protecting.

Sexual purity prior to marriage is also worth protecting, because once virginity is given away, something has been lost that can never be returned. We cannot go back and undo what we did, but we can take a stand for purity now. By living a life of purity and encouraging others to do the same, we can stand against the current teen pregnancy rate—72 out of every 1,000 girls aged 15-19 become pregnant every year—and convey an important message to the estimated  47.8 percent of high school teens who engage in sexual intercourse prior to graduating. Purity shouts the message that there is so much more to life and to personhood than sex, a message the youth of all nations need to hear. Purity stands against abortion, a procedure that refuses to recognize the eternal spiritual side of all humans. With our lives we protest the fact that 50 percent of all abortions in this country are performed on women under the age of 25. A heart attitude of purity values the sanctity of human life and cries out to the world: “People are not disposable!”

A heart of purity refuses to use people for personal gratification or gain; rather, it announces to the world that individual people are precious and valuable. Purity does not just see the beauty before it; it sees the beauty before it and recognizes it as God’s handiwork, something to be appreciated, valued and honored instead of being dominated in sexual conquest. It sees the person possessing such beauty as a precious son or daughter of the Most High King—a person valued, loved and watched over by God. Purity insists on treating others respectfully, with honor and humility in considering them more important than fleeting emotions, urges and desires. No matter if they are willing to give themselves away—we are still taking something that does not belong to us, and it is an act of selfishness to allow that other person to give to us that which belongs to someone else. Even if we are engaged to be married, insisting on purity is not only an act of obedience to God but a protest against the shallow, selfish, short-term marriages peddled by this world.

How to Identify an Abusive Relationship

Standing for purity means recognizing that millions of people in this world will never have the option of chastity because they must sell their bodies in order to live. Many have no voice in the matter. Just this year alone more than 1 million children worldwide will be forced into the sex trade. Additionally, between 14,500 and 17,500 women and children will be trafficked into the U.S. this year, mostly for sex-trade purposes. Purity is a protest against this $19 billion industry that promotes sex for money and exploits millions of men, women and children. We must speak up and be the voice for those who cannot speak up for themselves.

Standing for purity means recognizing that 33 million people worldwide are dying of HIV and AIDS. In Africa alone, 11.6 million children are orphaned because of it. There are 2.7 million new AIDS cases worldwide every year; half of all new infections occur in people under the age of 25. The root issue is not the lack of safe sex practices, condoms and education about sexually transmitted infections. All of these measures are simply “damage control”. The root issue is our view of sex itself.

We must stop viewing sex as a way to “prove,” fulfill and define oneself as a man or woman, and instead begin viewing self-control, fidelity and a hunger for God as the defining attributes of one’s character.

Carissa Kuehn is a high school science teacher in Northern California. She believes that through experiencing the heart of God we are changed, and that through being changed we can then change the world.