It was the summer of 2000, and I was sitting on the back of a once-white Mercury Topaz, hand-in-hand with my best friend. As the night stretched on, we talked about everything, from the events of the day to the prospects of the future, including if and when we might marry each other.

We played with the idea of a My Best Friend’s Wedding pact that went something like, “If we’re not married by the time we’re 50, we’ll marry each other.” Clearly neither one of us planned on being single at 30, let alone age 50. Still, it was a nice, safe place to land should the unthinkable occur: singleness.

For all intents and purposes, singleness has long been considered as a malady to be treated rather than a stage of life to be enjoyed. Instead of finding a best friend to share our lives, singles tend to search for a cure. Singleness, in this case, becomes something to be feared, not cherished.

So, why do we fear singleness?

According to InfoPlease, the average age at the time of first marriage has been on a steady increase over the last 60 years, rising from 22.8 and 20.3 in 1950 to 28.2 and 26.1 in 2010 for men and women, respectively. After a dip in the ‘50s and ‘60s, presumably due to the war, the median age range has done nothing but inch upward. People are staying single longer. There must be a reason for that, other than catching a  case of the singles.

First of all, notice my earlier statistic is for “first” marriages. With divorce rates at alarming heights, people young and old are being more cautious than ever when choosing a mate—as well they should. Taking time to find that “special someone” can mean the difference between a relationship and a statistic.

Second, men and women are less co-dependent and more self-sufficient than they used to be. Historically, men and women have depended on each other for survival. Gender roles defined who did what and that was that.

Ever since women entered the work force, their need to find a breadwinner to support them has diminished. Glass ceiling or no, more women are entering the work force than ever. In 2009, the Department of Labor reported that women comprised 47 percent of the total U.S. labor force, compared to 34 percent in 1950. Gone are the days of the fabled M.R.S. degree. Today’s woman can fend for herself.

As can today’s man. In the information age, men and women learn early on to take care of themselves. Fixing meals, washing clothes and cleaning the house have become standard skills for the young coed, rather than tasks delegated to a faithful wife. The Internet grants access to a whole world of domesticity.

Thirdly, studies by the American Society for Reproductive Medicine show that 20 percent of women today are waiting to have children until after age 35 due to burgeoning careers, later marriages and the wait for financial stability, among other reasons. Basically, women are waiting longer to have children because they can, both personally and technologically. Medical advances have dramatically decreased the instances of maternal mortality. As recently as 2010, researchers from the University of Washington and the University of Queensland in Brisbane estimated global maternal mortality in 2008 at 342,900, down from 526,300 in 1980. Less than 1 percent of those were in developed countries.

So I ask again—why do we fear singleness?

The obvious answer is that we don’t fear singleness as much as we fear being alone. Yet, the above statistics show that you’re not alone. Whether by choice or by nature, more and more, men and women are staying single longer.

Singleness is not a disease to be cured; it is a stage of life to be enjoyed. Too often, we try to rush through it. Like my friend and I sitting on the back of that ‘88 Topaz, we assume singleness equals loneliness. It’s time to switch tracks on that train of thought and reroute your thinking.

The best advice I ever received was to use my waiting time wisely. I challenge you to revel in your singleness. Take pleasure in the down time. Don’t waste your time on “what ifs” and “if onlys,” but instead reap the benefits of where you are today, right now.

My best friend got married this past year, and with him went my safety net. I’m OK with that because I plan on making the most of every day I have, no matter what my marital status. I’ve finally realized that I may be single—but I am not alone.

Melissa Reinke is a writer and editor in Nashville, TN, who also happens to be single. You can read more of her work at InkinPink.com. 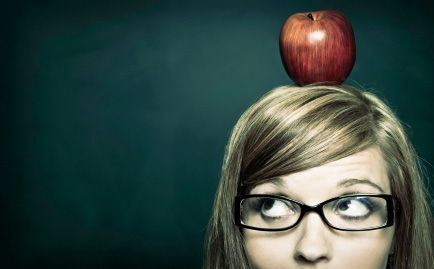