Often when I’m counseling a person who has just experienced a break-up, I ask them if they saw warning signs while they were dating, but ignored them.

Nine times out of 10 they say yes.

It’s human nature for us to want a relationship to work. So even when that “you better pay attention to this” feeling appears inside us, we make the choice to push it down. We rationalize it away. We make excuses for the person so that we don’t have to face that dreadfully uncomfortable situation of ending a relationship. After all, we want to be happy like everyone else we see on Facebook. We don’t want to hurt the person we care about.

Of course, most of us know logically that we should pay attention to negative stuff we notice. But our emotions and desires are the problem. So in an effort to help you see clearly, here are six signs that you should in fact pay attention to:

There’s not much stability.

When a relationship isn’t working, it’s like a roller coaster. Ups and downs catch you by surprise, and you can’t quite predict what will happen around the corner.

While the bad times are disturbing, many people reassure themselves with the fact that there are so many good times. They consider how amazing those moments tend to be. But even the worst relationships will usually have some moments of good, especially if the relationship is relatively new. People don’t usually break up because there were no great moments, but because the bad ones were so bad and so frequent.

Likewise, the lack of peace we feel is very telling. If we often feel great about the relationship on Monday, and find ourselves doubting it on Friday, there’s a problem. We should feel stable and secure, not like we’re walking a tightrope that may not hold us all the way.

You know those moments when you’ve poured your heart out to someone and they just look at you? Nothing there, no empathy or compassion in their eyes, just this blank stare like they don’t get it. Well, if you’ve had these moments in your relationship, that won’t change without active participation to address their lack of empathy on their part.

On the other hand, maybe the person listens but they respond with criticism and judgement; and it makes you wish you could take back every vulnerable thing you said. If you don’t feel understood, chances are you’re not. And there’s nothing wrong with wanting to feel understood. It’s what makes us feel connected to others. It’s what makes us feel loved.

This doesn’t mean there won’t be times when we shouldn’t need to explain our inner experiences. After all, nobody reads our hearts perfectly like God can. But what’s important is that when we do share, we are respected and lovingly heard. What matters is that this person can “get” most of the things that are important to us when we talk about them.

You notice “little” things that bother you big time.

You know that time he blew up unexpectedly? Or the time she was insensitive to your feelings? It was just those times, right? Well, not exactly. While many of us can excuse someone’s behavior in a given moment, it may not be a good idea. That’s because every time someone acts they’re revealing part of their character. It’s not an isolated event—it’s a reflection of what’s inside them. It’s a pretty trustworthy a precursor of what is to come.

Pay attention to these so called “little things”: How he treats the waitress when she’s having a busy night and your food gets there late. Or how she acts when you ask her to put her phone down during lunch. What about when you’re sick and have to cancel that concert he bought tickets to? Notice what happens during stressful situations because that’s when you see what’s really inside someone. That’s when you see what your future with them would be like.

Every relationship has challenging moments since we’re all imperfect. But we can also tell a relationship isn’t right by what happens after a conflict. How do you both respond to the problem? Can you talk about it? Can you open your heart, be totally honest and calmly share how this is making you feel?

The ability to communicate well is vital to the success of any relationship. Some people don’t know how to talk about hard things. Maybe they feel uncomfortable being vulnerable. This puts their partner in a tough spot because they’ll have trouble connecting deeply with someone who won’t open up. Or maybe the person you’re with doesn’t take responsibility for things he or she does. You may feel nervous to speak up when they’ve upset you because they’ll get defensive. They could yell, shut down or make you feel like it’s all your fault. Knowing this, you may feel nervous to share your thoughts.

Relationship problems are hard enough. Adding the inability to communicate about them and move forward can make success near impossible.

He or she needs you too much.

We all want to be needed and loved. We want to feel like we’re the most important person in our partner’s life. But what happens if we’re the only thing they have? Or if they feel as if we’re all they have?

Sometimes when someone doesn’t feel all that great about themselves, or they don’t have a living relationship with God, they may feel inclined to pour their whole selves into another person. That person becomes their idol, their everything. Whether you’re on the receiving end of this or you’re the one doing it, it’s not healthy for you.

You’re bound to disappoint this person exalting you at some point, and how would they handle it? And if you’re leaning on someone that much, what if the relationship doesn’t last?

Only when we have found our inner security in God can we love another person without giving our entire selves over. Only then can we live in peace and security, as our deepest needs are met by the one who is meant to meet them.

Not every friend is going to be able to have an accurate view of your relationship. But if friends and family who you typically trust are having concerns, it’s wise to listen. More often than not, these are the people who can see clearly when we’re blinded by emotions. Rather than getting defensive, we should calm ourselves down to hear them, while remembering that they love us and just want us to be genuinely happy.

Author Maya Angelou made many wise statements in her lifetime and one is particularly applicable here:

“When someone shows you who they are, believe them.”

Sometimes we need to take a deep breath and allow ourselves to really see what’s in front of us. We don’t need to be afraid because the signs we see will only help us as we listen to them; as we surrender to God’s leading. It’s something we will never regret doing in the long run. 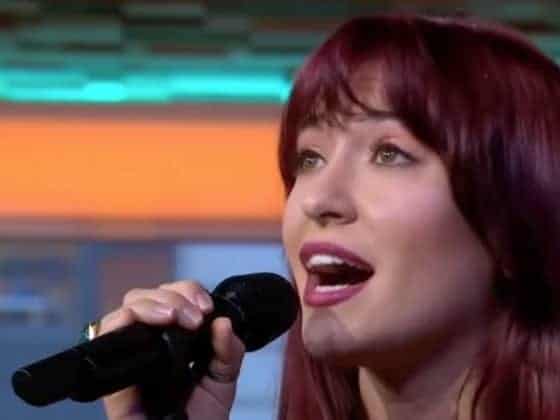