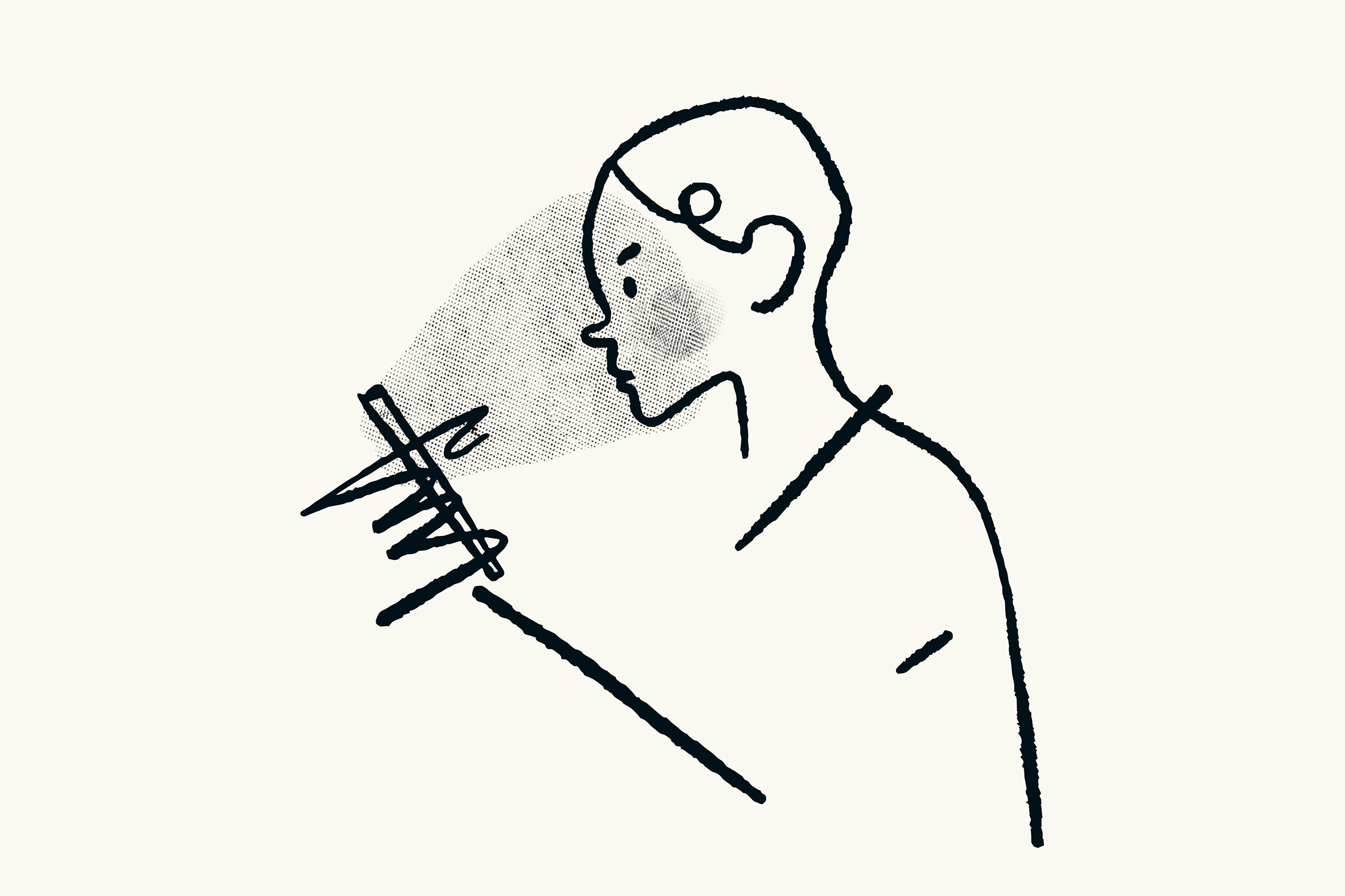 Twenty years ago, it was a lot harder to get into arguments with people.

For one thing, a face-to-face argument takes bravery. You have to care enough about your position to engage another person in the awkwardness that is arguing. You also probably didn’t know many people who liked to argue.

Sure, you had a few argumentative friends, but you didn’t see them every day. You didn’t have much interaction with them. You bumped into maybe 30 people in an average day and the opportunities to disagree with someone were few and far between.

Now though, you and I live in a virtual wonderland of disagreement. With the click of a button you can instantly run into more people than your parents did during the entire year of 1987. And—this is going to surprise you—but not all of those people share the exact same beliefs as you do. About anything.

The massive numbers of people, ease of use and ability to say bold things while hiding behind a computer has made Facebook more than just a social site. It’s a factory churning out invitations to arguments.

But which ones should you get into? That’s the challenge. We now have an endless buffet of discourse and debate, topics and tantrums. Where should you aim your plate? There are so many to choose from that it gets overwhelming. Until now.

Here are seven questions you should ask before joining a Facebook argument.

Do I care about this topic?

You would think this one would be intuitive, but you’d be surprised. Have you ever had an argument with a spouse, boyfriend/girlfriend or friend and during the middle of the argument someone yells, “What are we even fighting about?”

Do I really know anything about this topic?

There are large segments of the Internet populated by “instant experts.” These are the bold souls whose volume of arguing greatly outweighs the volume of knowledge they actually possess about the topic.

Don’t be like that. Instead, engage in arguments you either already know a lot about or want to learn about. (Debating something and asking questions of someone who legitimately knows a lot can be a great way to learn.) Got a strong political stance that has been built primarily off of fourth-hand knowledge gained from a co-worker who really hates some politician? That’s not knowledge. That’s gossip.

Before you jump into an argument, get informed. You have the greatest, easiest information tool known to man. And if you’re already on Facebook, you are one Google search away from learning more. Read before you argue. Research before you debate.

Do I know the person who started it?

Before you argue with a stranger online, go find a random apartment complex in your town. Knock on the door of someone you’ve never met. When he opens the door, start telling him about the evils of gluten, the importance of essential oils or your favorite movie.

That’d be weird, right? Then why do we do that exact same thing on Facebook without thinking twice? Arguing with a friend is a completely different experience. You have a relationship with them. You have some degree of history that will set some boundaries of civility during the argument. You won’t be drunk on the false sense of courage social media offers us. You’re more likely to be honest, kind and measured in a discussion with a friend.

A stranger though, tends to bring out the exact opposite in us. The problem is we don’t see that person as a person, we see them as a screen name. They are not an individual, they are an idea. And it’s easy to hate an idea. Which brings us to our next question.

Am I starting from a place of anger?

I know that when we Christians are angry we’re supposed to use the story where Jesus cleared the temple as an example that it’s OK for us to be angry. I understand that, I do, I’m just suggesting that your anger over a Facebook argument might not be the same as that of a Savior who cleared a temple He had been visiting His entire life.

If you’re already angry about the topic or just mad from a bad day you had, put your participation on pause. Rage never leads to discussion. It leads to more rage and words you can’t take back even if you delete the comment you left.

Our words, even our online words, leave a residue on the lives they land on. Be careful. I don’t think you should count to 10 before you post anything on Facebook, I just think in some situations you should sleep on your idea overnight before you launch into a discussion you might be too hot for.

Is it worth my time?

The first type is pretty small—it doesn’t take too long to write out a response. Even one that is well thought-out only takes a few minutes. It’s the second type of time that is so expensive and sneaky. Have you ever been in an argument with someone at work?

As you drive home, you still think about it. Over dinner, what he said to you gnaws at you. Depending on the size or severity of the argument, you might even have a hard time sleeping that night.

You’d think an argument on Facebook wouldn’t cause the same damage, but you’d be wrong. Online or off, arguing leaves a mark.

So before you get involved, ask if this conversation deserves some time from the rest of your day. Maybe you’re not busy. Maybe your weekend isn’t that important. Maybe you need a new hobby and thinking about how some jerk responded to you on Facebook costs less than taking up racquetball. Your call really, but I promise if before you jumped into arguments online you asked, “Is this worth four hours of thinking time?” you’d engage in a lot less arguments.

The Internet would be a lot nicer place if everyone had noble motives. It’d be wonderful if people only brought up topics to discuss so they could educate friends and strangers on important issues of the day in a kind, compassionate manner.
If you’ve used Facebook for 12 seconds though, you know that’s not the case. People argue online for a variety of reasons that we can’t control. But we can control our own motive, and that starts with honestly admitting what it is. Are you getting into an argument because you felt like a loser all day and just want to win something? Are you trying to embarrass someone you don’t like? Are you revenge-commenting because the person who started a new post hurt your feelings a month ago? Are you just trying to make a bunch of strangers think you are smart and articulate?

If your motive is anything other than, “I think I have something helpful to add to this discussion,” rethink your desire to participate. Good motives lead to good discussions. Bad motives start bad and tend to stay bad.

Will it change anything?

Know what no one has ever said? “The way you belittled me and heatedly yelled at me online changed my long-held personal beliefs about that topic. Thank you!”

Does that mean you can’t change someone’s opinion or maybe impact a discussion for the better on Facebook? Not at all. Change is possible. I’ve seen people come around on issues because of conversations online. I think there is a lot of healthy discourse happening online. Just know ahead of time though that if your desire is to change people’s opinions every time you get into an argument online you are not going to enjoy the Internet very much.

If someone is arguing with profanity, abusive words and anger, don’t engage. You’re not going to change what they believe, they’re just going to change how much time you have left in your day.

The reason it’s important to ask questions like this is that no generation has ever dealt with Facebook arguments before. Have you ever thought about that? You can’t ask your parents how they handled Facebook when they were your age because it didn’t exist.

You and I are part of the first generation to ever engage with the Internet from a young age.

There are few precedents. We are the pioneers, and that comes with great opportunity and responsibility. That sounds like something I heard in Spider-Man, but if you want to argue that it was actually a quote from Batman, have at it.

I’d argue back with you, but I’m pretty sure my motive is to make you think I’m a smart writer who knows a lot of pop culture references.

I should probably sit this one out.

Check Out Justin Bieber’s Glum New Ode to the Trials of Fame: ‘Lonely’