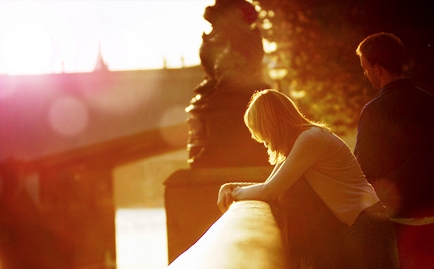 Ten or 15 years ago, “courtship” became a buzzword in Evangelical culture. Books like Joshua Harris’ I Kissed Dating Goodbye* and Elisabeth Elliot’s Passion and Purity popularized the notion of replacing dating with antiquated courtship rituals. It started a lot of conversations and sold a lot of books, but the concept was more popular than the practice. Dating behavior didn’t change much. Courtship mini-movements still surface from time to time. Someone recently directed me to an article hearkening us to a better time when women were wooed and men weren’t metrosexual. Yet modern courtship remains mostly a myth … and I’m glad. Below the niceties and the hands-off approach to premarital romance, courtship has an ugly history.

Marrying for love became popular a little more than 200 years ago. Before that, a woman’s parents would arrange her marriage to a man who could provide for her financially. Courtship didn’t have anything to do with love—it was transaction between two families that would ensure financial stability and the continuation of family bloodlines.

In Western culture, the stiff march to matrimony started to loosen up around the 11th century when “courtly love” emerged among French nobility. A man “courted” a woman by wooing her at social events held in a royal court. In the courtly love tradition, romantic love was transcendent, the greatest good. There was just one catch: you had to commit adultery. Marriage was so devoid of passion that people started committing adultery so they could fall in love. The good news is that the courtly love movement changed the way people thought about relationships. People began wanting love and marriage to go together.

Colonial settlers in America were among the first to give courtship short shrift. They needed families to work the land and set up communities, so parents gave their sons and daughters more independence. Leave it to the U.S. of A. to put the kibosh on centuries of tradition. When schools became coeducational in the 19th century, courtship rituals started to fade.

Then the 1960s arrived and everyone went nuts.

The sexual revolution and the feminist movement annihilated courtship. Dating was no longer expected to lead to marriage. The traditional roles of man as the pursuer and woman as the reactor came under heavy fire for the first time in history. Sexual prohibitions fell, opening a whole realm of physical intimacy to couples with no intention of marrying each other.

Advocates of modern courtship intend it as a correction to the sexual revolution. It’s hard to argue against their motivation. Popular culture treats sex as the starting point of the relationship instead of the final consummation of love and commitment. Though courtship corrals the sex problem, its historical roots in the objectification of women disqualify it as a biblical alternative to the sexual revolution. Instead, we need to figure out what pre-marriage romance looks like for a man and woman with equal power.

Women have a lot more options and control then they did in courtship’s heyday. Courtship is rooted in a model that treats women like childbearing pieces of property. Men fumble around with antiquated practices that don’t correspond to modern female power. Respecting a woman means more than being polite; it means respecting her goals and gifts. In the past, marriage required a woman to follow a man on his journey. Now, a man and a woman go on the journey together. Courtship rituals haven’t caught up with this change. We need a new model. This leaves us with dating.

I admit that it’s not an attractive option. It’s messier than courtship and more cumbersome than a casual hookup. Nobody knows how to do it very well. Dating is scary, but maybe that’s OK. Maybe that’s the way it’s supposed to be.

Dating is risky. Getting close to someone can be terrifying without the rituals of courtship or the fleeting comforts of casual sex. Healthy intimacy involves living in the tension of authenticity and uncertainty. Being honest and open with no guarantee of a positive outcome is intimidating and sometimes crazy-making. It’s easy to get hurt. That’s the sort of risk healthy dating involves. Courtship rituals reduce ambivalence and uncertainty. Cheap sex does the same thing. Dating requires courage. It means trusting God not to drag you toward a mate, but to keep you anchored to your First Love during the journey.

You might be aggravated that I haven’t specified what distinguishes dating from courtship. How far is too far when it comes to physical intimacy (always question numero uno)? Is it OK for a woman to ask a man out (people fight to the death about this one)? There aren’t universal answers to these questions. Dating is about two people figuring out what it means for them to grow closer to each other while remaining close to God. I have some ideas about how that works. So do Lauren Winner, Joshua Harris, Neil Clark Warren, Harville Hendrix, Henry Cloud, Chap Clark and Donald Miller. But nobody can give you a formula that eliminates risk. I guess God didn’t want it to be easy, and He probably has good reasons.

* This book catches too much crap (mostly from people who haven’t read it) because of its opposition to kissing during courtship. Harris has important insights about identity formation and faith before looking for love. Don’t dismiss the book just because you like making out.

Stephen W. Simpson, Ph.D. is a clinical psychologist and a professor at Fuller Theological Seminary. He is the author of  What Women Wish You Knew about Dating: A Single Guy’s Guide to Romance (Baker Books) and Assaulted by Joy: The Redemption of  a Cynic (Zondervan).