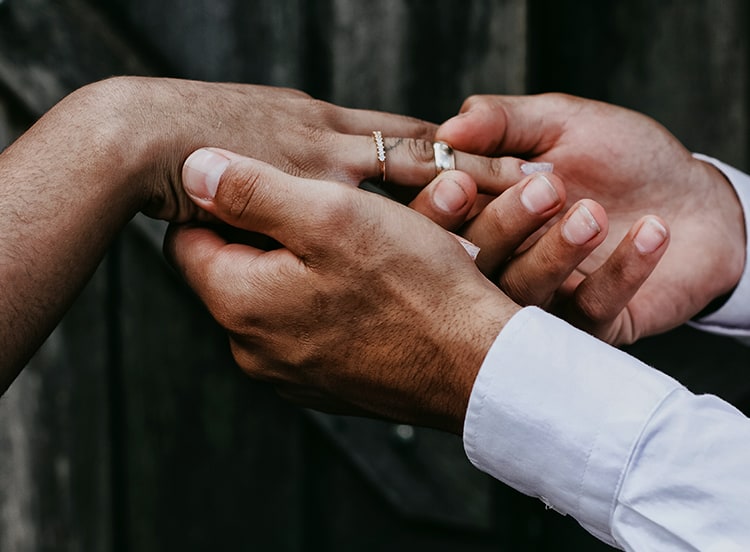 Marriage tends to be a popular topic this time of year—June is the busiest month for tying the knot—but earlier this month marriage made the news among evangelical circles for surprising reasons. The first was an article from Kay Warren, co-founder of Saddleback Church and wife of Rick Warren, in which she confessed she and her husband had spent many years living out a marital hell. The second came from Lysa Terkeurst, President of Proverbs 31 Ministries, when she announced that she was divorcing her husband of 25 years due to infidelity and substance abuse.

Reading honest depictions of the struggles of marriage from two women who, from the outside, seem to have both the marriage and spiritual living thing all figured out, is not just refreshing, it’s essential: Those who are dating and considering marriage need to know that marriage is a long road, filled with both joy and sorrow, pain and healing and that, sometimes, there is no happily ever after.

In other words, marriage is not an institution for the faint of heart or weak of spirit. So what if you’ve met the partner of your dreams, and the two of you are beginning to talk about the “M” word? It’s important to know if you’re truly prepared to tie the knot and give your best toward a healthy, happy marriage for decades to come.

But how do you know when you’re ready, let alone when your partner is? Here are five signs to look for.

Despite what’s depicted in pop culture, you realize that love is not all you need.

My husband and I recently went out to dinner with a friend. As I sat across the table from him, listening to our friend talk, I had a chance to study my husband’s face. To take in how it’s changed over the years and how it’s stayed the same. To note that the sparkle of his eyes far surpasses the tiredness that surrounds them, but that there is in fact a tiredness there that wasn’t before.

We have three kids. A mortgage. Obligations and medical concerns and no time to speak complete sentences to one another. And while these things have occasionally rocked us to our marital core, nothing has ever undone the dedication and loyalty we feel towards one another. Note I didn’t say the “love” we feel; the stresses of life and tediousness of daily living have a way of masking the pheromones and dopamine in which love’s first seeds are sown.

In the years when jobs are changing and becoming more demanding, kids are tugging at your arm and money never seems to be quite enough, a fluttery heart won’t cut it: you’ll need the infamous “help meet” for your marriage to make it to the golden years. Look for signs of meeting the hel pmeet standard in both yourself and your partner.

If you find either or both of you lacking, you should probably wait a bit longer before sealing the deal.

You understand who you are, but also realize that you will change over the years.

I was “old” when my husband and I married, and he was “young”—we’re only a few years apart, but a few years can make a world of difference when it comes to marriage.

I surprised myself in the early years of our marriage with my somewhat inflexible dedication to the routine I had established in my single years. And in more recent years, I’ve been surprised—happily, I might add—at the unexpected person my husband has grown into being. My point? Who you are today is not necessarily who you’ll be five years from now.

And—surprise!—this is true of your partner as well. This is one reason some folks say it’s better to wait until your 30s to get married. Get married too young, and who you are may change dramatically enough over the years to wreck your marriage. Get married too old, however, and you may be too set in your ways. There are pros and cons to each side of the age debate, but what remains true no matter one’s age is that you must not take yourself to seriously.

You’ve learned the art of compromise.

Compromise is necessary in every aspect of a life lived together, from whose turn it is to build a career while the other watches the kids to what series you’ll spend the next month binge-watching on Netflix. If you’re still insisting on getting your way, or pouting when you don’t, you still have some work to do.

Of course, you can learn about compromise during the course of a marriage (like I did), but entering into a marriage with this trait firmly under your belt will make your lives together easier from the start. Thankfully, the wedding-planning process usually provides a great opportunity to find out a person’s ability to compromise!

You listen to your elders.

Like it or not, those who raised us and have lived through things we haven’t, tend to know what they’re talking about. Not always, of course, but often enough that we should listen far more than ignore. When those folks tell you what to look out for—both good and bad—in a partner and in preparation for life, if you find yourself thinking, “Yes, but we’ll be different,” you’ve just uncovered a surefire sign that you’ve not yet attained attributes one through three.

This isn’t a criticism—we’ve all felt that way at one time or another. The fact of the matter, however, is that marriages—and people—tend to follow the same patterns over time, and encounter the same stumbling blocks. And those who have known us the longest—those who raised us—know us better than we like to think they do. Take their advice with a grain of salt if you want to, but do take it.

You understand that there is no such thing as being “ready” for marriage.

Now that you’ve read items one through four, please disregard them. No matter how well-prepared you think you are, or anyone else tells you that you are or aren’t, there is simply no way one can truly be “ready” for marriage. That’s because marriage, like life, is unpredictable, uncontrollable and dependent on not just your actions and preparedness, but the actions and preparedness of another.

There no way to know for sure that your spouse won’t decide he or she is going to no longer live out the vows you made to one another. There’s not even a way to know that you won’t. Similarly, even if you think you’re prepared for the rough and tumble of life, trust me when I say you aren’t. I’m not either, and neither is the marriage “expert” calling to you from the Christian section of your local bookstore.

It’s true that these readiness tips focus on the negative aspects of marriage rather than the positive. That’s because we are all prepared to live long, healthy, happy lives, but far fewer of us are ready to live in union with another during the hard times—the times of sickness instead of health, poverty instead of wealth.

Whether you marry at 18 or 80, a curveball will come your way. All anyone can do is take necessary steps to be better prepared, not perfectly prepared. These steps might include pre-marital counseling, mentorship with a couple who has lived in the martial trenches and lived to tell the tale, seeking wisdom and strength through prayer (both individually and as a couple), and talking to your partner about the inevitabilities of life and seeing how that conversation goes.

If too many things are shrugged off, or arguments ensue, slow down and reassess. If all goes well, well then congratulations! You might just be ready to take the next step.

is a writer, editor, and semi-retired attorney currently working on her Master of Divinity at Fuller Theological Seminary. She is also a wife and mother, but most definitely not a marriage expert. She blogs at http://jamiecallowayhanauer.com. You can connect with her there, or on Facebook or Twitter.

The RELEVANT Guide to Getting Over Your Ex

How to Identify an Unhealthy Relationship