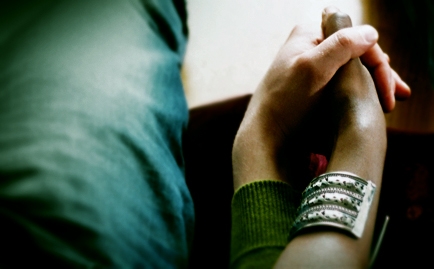 I can still taste the hot, humid Texas air in the attic where I stood when I heard those words from THE boy. I was a sophomore in high school, and Gabe was a senior. We’d become good friends through our church’s youth group, and I’d developed a covert crush on him.

I stood there agog for at least five minutes.

Today, I’m 3,000 miles from that small Texas town, sitting in an apartment on New York City’s Upper West Side. While the modern, urban woman in me can easily scoff at the blatant, misogynistic quality of a boy telling me I’d make a good wife, the 15-year-old girl in me still gets chills.

Ten years later, his prediction has yet to be tested. At 25, I’m still very much single. But I’m not the only one.

A generation confused by marriage

United States Census Bureau statistics show that from 1960 to 1997, the average age of marriage raised by four years among men (from 23 to 27) and five years among women (from 20 to 25). Stephen Nock, a sociologist at the University of Virginia, reports that one-third of Americans who will marry have yet to do so at age 35. It seems as though marriage has been placed on this generation’s collective back burner. When young people today talk about their future, chances are they talk almost exclusively of their career. Marriage and a family will just have to fit in somewhere down the road.

But the increasing value put on having a successful career isn’t the only reason why we’re getting married later and less often. Our understanding of marriage itself is undergoing change.

Barbara Dafoe Whitehead, co-director of the National Marriage Project at Rutgers University, told Ken Myers in the documentary Wandering Towards the Altar, “The single most important shift in marriage has been the shift away from the common understanding of marriage as the formation of a family household, a new productive and procreative social unit, towards the understanding of marriage as a couple’s relationship oriented to fulfilling the emotional and spiritual needs of two adults.”

And what fickle things emotions are.

Christians are not unaffected by these realities. We may strive for a biblical understanding of marriage, but it’s clear that we’re not all that sure what marriage should look like. After all, our parents are just as likely to be divorced.

And so we’re waiting—waiting for the person who will provide a love so strong that it will warrant commitment. We’re waiting for some sort of assurance that we won’t end up a statistic. We’re waiting not for a spouse per se; we’re waiting for a soul mate. A recent Rutgers study indicates that 94 percent of people between the ages of 20 and 29 agreed to the statement, “When you marry, you want your spouse to be your soul mate, first and foremost.”

“Good Christian kids” might not be having sex with prospective mates, but all too often they rush into emotional intimacy, offering up themselves—thoughts, hearts and dreams—in the hopes of finding that elusive soul mate, leaving a trail of broken hearts.

The mistaken idea of "soul mate"

Wading through my share of this emotional carnage, I wonder how much our desire for a soul mate is informed by our modern visions of love—complete with the lavish wedding—as opposed to the biblical lessons about love. John the Apostle wrote, “This is how we know what love is: Jesus Christ laid down His life for us. And we ought to lay down our lives for our brothers.” Sacrifice and perseverance consistently characterize biblical descriptions of love, including romantic love.

Dave and Heather Moffitt, 29 and 30 years old, have celebrated seven years of marriage. After getting engaged, Heather moved to Louisiana to pursue her graduate education while David stayed in Pennsylvania. They planned to marry the following summer. But the distance and the long engagement were a strain on the relationship, and Heather began seeing another man.

“I got involved in a relationship with another guy in grad school and began to question even my desire to get married at all, especially to Dave,” she said. “It was largely a spiritual crisis about wanting to do my own thing and control my own life. About six weeks before the wedding, Dave came down, and we talked to each other and my pastor before I decided whether to go through with the wedding. Ultimately, I felt like marrying Dave was the right thing to do, spiritually as much as anything else. If I didn’t marry him, I felt like I’d probably leave the faith. So I went ahead with it. But I don’t think I really fell in love with Dave until after the wedding.”

Heather’s last-minute indecision did cause Dave to consider calling off the wedding himself. But he committed the matter to prayer and was convinced God did indeed want the two to marry. “I’m not really sure what the term ‘soul mate’ means,” he confessed. “Before marriage, you don’t really know if it’s ‘the one,’ and afterward, you’re in the marriage relationship and so you have to live in that commitment—that person is ‘the one.’ So I guess I don’t think that concept of ‘soul mate’ really helps us at all. As a Christian, the point of a relationship is to live as Christ to that other person.”

Heather is also skeptical of the concept of a soul mate. “Just like some notion of sexual compatibility isn’t the basis for marriage, neither is some notion of soul or personality compatibility. Both are components within marriage, but not the foundation. Dave loves me in an honest, Christ-like, faithful way, and as a result of that love knows me better than anyone. The notion of ‘soul mate’ doesn’t capture that.”

Perhaps the security of a marriage is not based on the strength of the feelings of love, as the search for a soul mate would seem to suggest, but that it stands or falls on the character of those who come before God to say words like “forever” and “forsaking all others.”