he best things about summer are the beautiful nights, a slew of fun movies on the horizon and that you can finally shake off all those emotional shackles of winter like Mary Mary composed the soundtrack for your psyche. It’s been long enough since your last breakup. It’s about time you go find a true love of your own. Worst-case scenario you’ll have a nice, little summer love just like John Travolta in Grease. Here are eight surefire ways to find your Boaz this summer:

During summer, church attendance drops because of vacations and travel, so your pastor isn’t going to think much of it if you miss a service or two. This is the perfect opportunity to try out a new church. Now obviously you’re there to lift His name on high and whatnot, but it’s also a great chance to meet new people. It’s like being the new guy in school. They’ll be all like, “Oh wow, did you see the new guy? He knows all the words to that Hillsong United song without even looking at the screen. I must love him.”

It’s funny when people complain about not being able to find a good person when the only place they look are spots where garbage humans would reside. Volunteering is great because even if you don’t meet someone you like, you’re still doing something tremendous. It’s much better than hanging out in a booth at TGI Fridays all day hoping someone picks up on the chill vibes you’re putting out. Plus you’re going to meet someone who genuinely cares about others instead of someone who eats at a chain restaurant at 3:30 p.m. on a Tuesday.

If you don’t want to give up a Sunday at your church to visit a different one, you can just wait until camp meeting rolls around, because it’s basically what would happen if Jesus threw an eHarmony event. Singles from all the churches in your area come together and, best of all, they weren’t around a few years ago when you declared your love to the children’s pastor by doing a human video to “Be My Escape.”

This one is an absolute no-brainer. If you’re single and not going to the farmers market, you’re seriously missing out. It’s a great origin story for your relationship. Which would you prefer: “We met at the farmers market when we both reached for the same container of organic, farm-to-table blueberries” or “We met at Walmart when we were both stuck in line for 30 minutes because this lady insisted on price-checking every box of Marlboro cigarettes they had so she could fully utilize her Marlboro Miles”?

When I say, “try an app” what I really mean is, “Try any app that’s not Tinder.” That thing is a cesspool of broken dreams, but there are good apps out there. Hinge is really fun because you can actually communicate instead of just swiping through humans like they’re thirst-trap Pokemon cards. I just started seeing someone from it and she’s funny, smart, kind, beautiful and just an amazing person. See, you can even find someone as incredible as ME on an app.

A lot of us have tried asking our friends to set us up on dates, but those rarely end well. Sure, asking out a friend is a gamble because if they say no, it’s going to be a little awkward, but it’s summer! If they say no, just blame it on a heat stroke or ultraviolet rays. Not only will it give you an out, but it’ll spark an important dialogue on the effects of  global warming.

7. Go to a summer music festival

Nothing says, “This relationship is only going to last for the summer” more than meeting at a music festival. There’s just magic in the air, and by magic I mean the overwhelming evidence that no one in your immediate vicinity wore deodorant. But you’ll never be cuter than when you’re dancing to Toby Mac with one of those flower crowns on, so why not parlay that into a full-on summer love?

You’re a strong, independent woman who can take care of herself and doesn’t need a man to complete her. And you, sir, are the opposite of everything TLC mentioned in “No Scrubs.” So why would you waste your time searching for someone to be your other half when you’re whole on your own? When you’re not looking for a relationship, that’s usually when you find one. You can go into it because you want to, not because you need to. But if that’s not your thing right now, then enjoy the summer, do whatever you’d like and buy a used Kia with the money you saved by not going on all those dates. 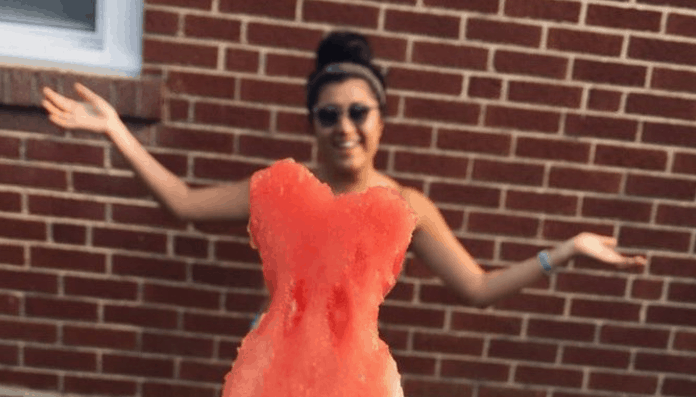