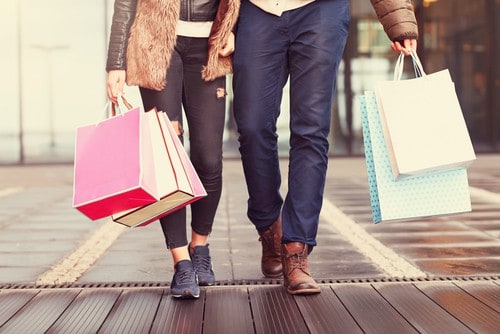 Shoppers with strong religious beliefs are much less likely to go on an impulse spending binge, according to recent research published by the Harvard Business Review.

Researchers of this study also had 800 participants set up in a lab test, where they had to engage in a hypothetical grocery shopping task, then tested their level of religious sentiment. They discovered that “with each moderate increase in religiosity, participants’ spending tendency decreases by 5 percent.”

5 Spiritual Practices You Can Do In Quarantine

The report also said that around holidays and observations (i.e, Easter), religious people tend to not spend as much, because “being reminded about God increases shoppers’ frugality.” In these seasons, they are more sensitive to discounts and promotions.

“Retailers may also allay religious shoppers’ concerns about being frugal by offering deals that demonstrate respect for their values, such as promising to donate a percentage of revenue from a particular product to a local charity,” researchers said.

How to Recover When You’re Over Adulting