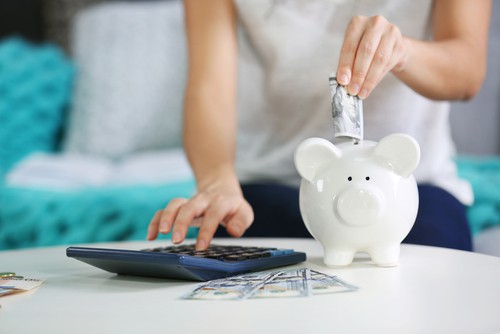 According to a Bankrate survey conducted in June, 19 percent of Americans have absolutely nothing in their savings accounts, and they aren’t planning to start saving anytime soon.

Greg McBride, chief financial analyst at Bankrate said, “People are not making headway in savings, largely in part because they don’t prioritize saving.”

But Americans who aren’t saving now might not have a chance to. This current economic expansion has been going on since spring 2009, which is one of the longest expansions in U.S. history.

Statistics say that the economy is going to drop at some point, and when it does, employers will lay off their workers. Once this happens, Americans without an emergency fund will suffer drastically.

Bankrate senior economic analyst Mark Hamrick said: “With a steady, significant share of the working population saving nothing or relatively little, it’s virtually guaranteed that they’ll be unable to afford a modest emergency expense or finance retirement. That amounts to a financial fail.”

But why aren’t Americans saving?

Six Movies to Get You in the Mood for Fall

Among survey respondents, 39 percent says expenses and bills are their biggest obstacle. Sixteen percent claim their job isn’t good enough, and an equal amount said they just “haven’t gotten around to it.”

It’s time to get around to it. Hamrick stresses how important it is to save while you can.

“For those who need to save more, the path toward success involves using direct deposit where savings can be automated,” he said. “More Americans would do well to try to live beneath their means, rather than on the financial cutting edge.”

With current Federal Reserve raising interest rates, savers should be able to see higher yields. Financial planners recommend saving at least 10 percent of your earned income, aside from an employer match like a 401k.

Ring the Bell: The Trailer for ‘Creed II’ Is Here

This New Watch Can Detect Seizures and Help You Manage Stress

What Does ‘Finding Your Calling’ Even Mean?