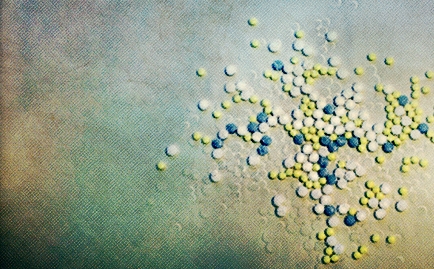 For a moment, Todd closes his eyes and thinks. Even though two years and 97 days have passed, he still vividly remembers what his life was like before he began taking Adderall, a popular stimulant for children and adults diagnosed with Attention Deficit Disorder (ADD) or Attention Deficit Hyperactivity Disorder (ADHD). According to Todd (not his real name), being diagnosed with Adult ADHD changed nearly every aspect of his life—for the better. Now, because of a little orange pill he takes once a day, he’s able to think clearly without becoming overwhelmed by distraction and constant anxiety.

“I call Adderall my wonder drug,” says the Wisconsin native, who began taking Adderall when he was a sophomore in college. “Before I was diagnosed with ADHD, I’d spend six hours working on a research paper and only write a paragraph. Now, I no longer get anxious because I can usually finish a paper in six hours. My ADHD meds changed my life.”

If it seems like nervousness, lack of concentration, poor organizational skills, anxiety and other symptoms of Adult ADD/ADHD have become more popular in the last few years, you might be onto something. You’ve probably seen the cutesy commercials for Strattera, a newer medication to treat Adult ADHD, or perhaps you’ve heard everyone from Dr. Phil to Katie Couric talking about the disorder once thought only to affect children. All this talk might make some believe that Adult ADHD has become en vogue. And perhaps that’s true; increased awareness has seemingly caused an influx of new psychiatric patients in recent years.

According to the Academy of Certified Social Workers, the number of younger adults using drugs to treat Adult ADHD more than doubled from 2000 to 2004. Even more astonishing, according to Medco, a prescription management company, the money young adults spent on treatment of ADHD more than quadrupled within that same time period.

Thirty-four-year old Keri Tryba believes life would have been very different had a psychiatrist not told her she had ADD at age 24. Like millions of Americans, she chose to take meds. “My whole world woke up,” says the Chicago native. “Being on Adderall makes me a better parent, a better wife and better at my job.” Without the little pill, Tryba’s unsure whether her marriage would have lasted. “It would have been a lot harder; let’s just say that.”

It’s just after 9 p.m. on a Wednesday, and Todd’s leaving his church’s young adult Bible study. Walking out to the parking lot, he lights a cigarette and gets a serious look on his face.

“Adderall helps me spiritually,” he says. Knowing he probably doesn’t sound that convincing, he continues. “I’ve probably heard at least 3,000 sermons in that building,” Todd says, pointing his cigarette at the church building. “But I swear, because I’m now able to sit still and concentrate, I feel like I’ve just begun to experience God.”

Todd claims that ADHD kept him from any real profound encounter with God. At times, faith seemed almost impossible for him. “I hated things like Sunday school. And youth group wasn’t much better. If things didn’t engage me or keep my interest, I’d usually zone out. Sometimes I do look back on my past spiritual life and think, ‘what if?’”

Jay Pesek, a 27-year old who began taking Adderall for ADHD while in college, knows too well what Todd experienced; he also understands the spiritual dilemma of ADHD. “You have no idea how cool it is to finally have the ability to sit down and take in the book of Psalms or pray for more than 30 seconds,” Pesek says. “At times, I think Adderall saved my spiritual life. Once in a while I think, ‘Wow, how much spiritual stuff did I miss because I wasn’t able to concentrate?’ That’s a real frustration.”

Even for the most psychologically aware Christians, it’s strange hearing someone suggest that a pill might make it possible—or at least, simpler—to experience God. Besides, if this theory were true, wouldn’t some churches be handing these pills out like candy sometime between the opening song and the preacher’s first point? Let’s face it: ADHD is not an excuse you hear every day in regard to a struggling spiritual life, nor is there any known research available to truly suggest it should be. But does the lack of research prove its illegitimacy? Or should the Church be taking the claims of folks like Todd and Pesek more seriously?

Stephen James, a 33-year-old certified counselor, pastor and author, doesn’t flinch when he hears that some people think Adderall is helping them get closer to God. James says it’s quite normal for some Adult ADHD sufferers to struggle concentrating on Sunday mornings. “ADHD is a mental disorder,” James says. “Just like an individual struggles at school or work, some have trouble paying attention in church situations.”

However, don’t expect this pastor/counselor to begin recommending the average unengaged church attendee visit a local psychiatrist and start popping pills for spiritual nourishment. “Sure, people feel like the meds help them experience God,” James says. “For a person with ADHD, meds like Adderall are helping them quiet the noise. That’s what stimulants do; they help people focus, which in turn stops the disconnect happening in their brains.”

But according to James, the “connection to God” one experiences post-meds is only a perception. “Medications make it possible for our minds to be engaged through prayer, sermons and the like,” James says. “But they’re not helping one’s soul connect with God. True connection to God happens in the heart and soul. Meds can’t do that.”

Regardless of medication, Todd admits that at times he still must work hard to concentrate. His confession begs the question: Is the pill theory a bunch of crap?

“I don’t know,” he says. “I don’t think it is. But sometimes I do wonder if the Church should find alternative ways to present truth, ’cause certainly meds aren’t the answer for everyone.”

Education facilities are constantly looking for alternative methods to teach simple theories. And many businesses spend millions of dollars so they can properly communicate their mission and engage personalities with various learning styles. Maybe the Church should follow suit and begin looking for methods beyond Bible studies, preaching and prayer times to help people with ADHD connect with God without the use of drugs.

Matthew Paul Turner is an author and a blogger. This article originally appeared in RELEVANT magazine.

A Dreamer Who Likes to Do