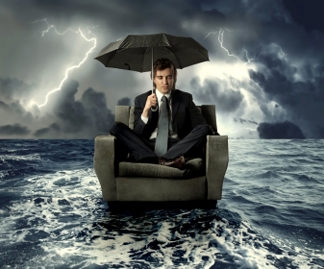 Countless books, blogs and sermons have been dedicated to the topic. John Piper told you not to waste it, and Rick Warren told you how to be purpose-driven in it. You have heard everything from “Jesus is the answer” to “You are the answer” and all things in between. Yet, most young people are increasingly more skeptical of such easy answers and believe it’s probably not so simple as a 12-step process of a 40-day program.

At one time during your teenage years, you may have heard your guidance counselor say that your answer to the question, “If you could do anything, what would you do?” tells you what you were meant to do. It says something about what your passions are, where your interests lie, and what you’d be doing if you didn’t have to worry about paying the bills and other responsibilities. But most people struggle with the two—I call it the issue of vocation versus occupation.

The word “vocation” comes from the Latin vocare, which means “calling.” It suggests some grand purpose in your life, that there are unseen forces guiding you in making key decisions that will lead you to fulfilling your destiny. It has an air of grandeur and mystery to it. It sounds intentional and meaningful. After all, who doesn’t want to be summoned for something great?

Occupation, on the other hand, has the same root as the English word “occupy,” which we all know means “to take up space.” And that’s just what most occupations do—they take up your time, energy and (in some cases) your dignity. Whether it means flipping burgers, skydiving or serving as the assistant to the high school gym teacher, an occupation is not what you dreamed of doing when you grew up (for those of you who didn’t dream of skydiving for a living, shame on you). It is the equivalent of a “summer job” or whatever you might do to “just pay the bills.” It’s the thing you do to pass the time, while you dream of doing other things. While there is nothing particularly wrong with an occupation, there is nothing remarkable about it, either. One thing is certain: It cannot be mistaken for a vocation.

A few years ago, I was struggling with the two—occupation and vocation. I sensed my heart was leading me to live with reckless abandon, to pursue my dreams and passions, while my mind was telling me to live with careful reservation, pursuing a responsible and stable life in preparation for marriage. I was worried I was facing a crossroads in my life, and I was, quite frankly, anxious about “selling out.”

In a panic, I called my mentor. I can’t stress enough how important it is for young people to have coaches in their lives whom they trust to give candid, relevant feedback. I’m not just talking about a parent, professor or pastor (although, I suppose any one of those could fill such a role), but rather a trusted friend who hears your confessions and gets to speak into your life in a uniquely influential way. This kind of relationship takes a high degree of trust and grace to build and maintain, but once you have it, it’s invaluable. So, I went to my mentor and told him my dilemma.

Quite candidly, he responded, “Join the crowd.”

“What?!” I was incredulous.

“Actually,” he said. “I think you’re in a good place—struggling with what you could do and what you should do. It says a lot about your character, that you’re concerned about fulfilling your life’s calling and providing for your family. I feel bad for those who don’t struggle with the two.”

How to Actually Make Friends in Your 20s

I ruminated on that for awhile, and it really struck me as profound. Join the crowd. That phrase changed the way I thought of what I had to do and what I loved doing. I had always believed if those two didn’t completely synchronize with one another that something was seriously wrong in my life.

Maybe it’s not a bad thing to struggle with the concepts of occupation and vocation. Maybe the real tragedy is in not struggling at all—in flaking out on your responsibilities for the sake of your “calling” or compromising your dream for the sake of security. Maybe those of us who don’t lose sleep over the idea of calling and living responsibly are indeed missing out.

Maybe you should join the crowd. But whatever you do, don’t just take up space.

How to Produce Videos