What I had to say next could end our friendship, but it was the truth, so I said it anyway: “I don’t want to have another one of these conversations. If our next conversation is about this, let’s not bother.”

I had watched my friend struggle for years with his calling. He knew what he had to do, yet he couldn’t bring himself to commit. God had called him to something great; it was his job to act on it. But instead, he only talked about it.

After that conversation, it dawned on me that he was afraid. I understood because we’re all afraid—on some level—of committing to an idea. Change feels unnatural. Scientific research has even shown that physiologically speaking, dramatic change is against our instincts. Our brain immediately disagrees with change because of the fear that it could be painful.

Yet that’s precisely why change is good—and personal goal-setting can become a holy pursuit.

Perhaps you are like my friend: You want to set goals—sometimes you even do—but you’re not sure if your goals are the right ones, and thus you never fulfill them. You’re secretly afraid, and it’s keeping you from trying at all.

I’ve found three things to be true of people who overcome their fears and go on to accomplish God’s calling on their life. And their actions serve as excellent advice for those of us who are still afraid to take the next step.

1. Write your goals out in pen—not pencil.

It’s the first rule of theater: Actors commit to scenes. They decide who they want to be, immersing themselves in their character and forgetting everything else as long as they’re on stage.

Similarly, goals are worthless without commitment. It’s easy to fool yourself into believing that goal-setting is only for type-A personalities, something crazy bosses force on you or for those who know what they want out of life. But it’s for everyone. If you want to achieve—meaning, if you want to look back upon your life and feel confident about what you did with the time you were given—then you need goals, and you need to commit to them.

It’s fear that makes us indecisive about our goals or sway in our commitment to them. You may be afraid of what will happen if you fail—or, perhaps even worse, if you succeed. Because if you achieve, you will have to commit to more achievement—the world will demand it of you. You will be committed to the new trajectory of your life—or so your fearful subconscious tells you. But the truth is, it’s far more crippling to let your fear get the best of you and never try at all.

Every strong CFO I’ve met is calculated but certain that nothing is certain. My time as treasurer on a board has taught me that this is reality. What you think will succeed may flop, and what does end up succeeding is usually surprising.

Nothing in life is certain, and we set ourselves up for success when we accept this. Any path you’re on can always change course.

I once had a career as a piping-and-vessel inspection drafter, and then one as a transcriber of biblical manuscripts, and then I ran a magazine and now I’m a publisher. And before all this, I had planned to be a pastor. Suffice it to say, things can change.

People who fearlessly pursue their calling know when it’s time to switch courses—and aren’t afraid to do so. They interpret their surroundings, and when they see cues to move on, they don’t swing back and forth but act in confidence. They listen to God’s prompting on where He is leading them next, and they follow—leaving fear far behind.

Because if you trust the One who’s leading you, you don’t have to fear what’s up ahead.

3. Rely on God to provide the strength and abilities you need.

Whenever I read a great leader’s autobiography, I’m amazed that they’re completely normal people, only with one major difference—they committed to what they felt called to do. More often than not, greatness emerges from an unexpected place. There are many modern examples of this, but even more astonishing are the biblical examples.

Peter was a poor fisherman who went on to lead the most successful faith movement of all time. Moses was a murderer, who likely had a speech impediment, who God used to lead an entire people group out of slavery. Mary was a poor woman who became the mother of the Son of God, who raised up a leader who would usher God’s Kingdom into the earth.

To add my story to the mix, I had a speech impediment so terrible that few could understand me. I was declared by doctors to be a child who would never speak correctly and likely would never read well. Yet today, I edit a magazine and speak widely. God can do all things. Like people of the past, I committed to the idea. I committed to what God called me to do, and He gave me the strength and abilities to get where He planned for me to go.

As for my friend, God did the same for him. We stayed friends, and our conversation, as he told me later, was a pivotal part of him facing his fears and taking what he knew to be the right step forward. And today, he’s reaping the benefits. He is successful at what God called him to do.

So, what’s holding you back? What are you really afraid of? Why are you indecisive? Be honest with yourself. Confront and identify your fears, and replace them with truth. The Almighty God wants what is good for you, and He wants to use you to bring good into the lives of others. What is there to be afraid of in that?

John D. Barry is the publisher for Logos Bible Software and the chief editor of Faithlife Study Bible, Lexham Bible Dictionary and Bible Study Magazine. He is the author of Resurrected Servant in Isaiah and coauthor of Connect the Testaments and Mary: Devoted to GodÕs Plan. John also serves as volunteer CEO, president and founder of Jesus' Economy, a non-profit dedicated to creating jobs and churches in the developing world. 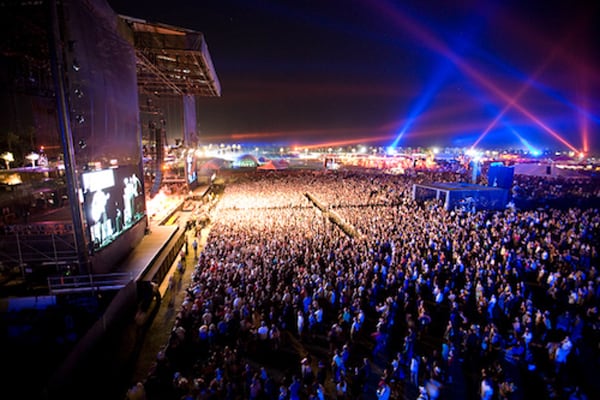 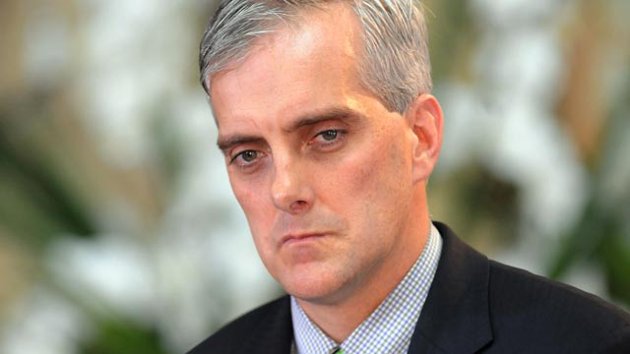