I have been the victim of gossip more than a couple times in life. You probably know the feeling. It makes you feel betrayed, misunderstood, deeply embarrassed and angry. Angry enough to come up with those childish rebuttals that would seemingly promise some level of revenge if you ever had the nerve to let them leave your head.

Sadly, I know what it’s like to be the one gossiping as well. Though I’ve never been one to make gossip a habit, its allure has often been strong.

But the truth is that gossip is a liar. It may make us feel relieved and powerful and connected. But in all reality, whether in the workplace, friendship or at home, speaking critically about another person is one of the most damaging things we can do to them and to ourselves.

Here are a few things gossip actually does:

Science tells us that shared dislikes create stronger bonds than shared positives. This is why gossip seems to create a quicker and easier connection with fellow gossipers.

But let’s make no mistake, gossip doesn’t facilitate real or lasting connection with anyone.You, me and anyone else that doesn’t know how to tame their inner critic will inevitably be found out as untrustworthy.

The last person we’re going to feel safe trusting and sharing real life with is the public critic. Why? Because, though it may take a while, everyone eventually realizes that “People that gossip, gossip about you.”

“Gossip, be it in the form of a rumor that’s sweeping the nation or a gripe session between friends, reflects the insecurity of those who initiate it.” Oprah herself, goes on to insightfully say, “When we make negative statements about others behind their backs, we often do so because we want to feel powerful—and that’s usually because we in some way feel powerless, unworthy, or not courageous enough to be forthright.”

Whether or not we’re aware of it, we all deal with insecurity or low self-esteem on some level. Sadly, gossip is often just another mask, like over-achieving or self-glorification, to find validation or simply to feel like more than who we believe we are.

There’s no doubt that productively dealing with your inner critic or relational frustrations is a developed craft. Healthy confrontation is a challenging and lost art that, often, becomes an inferior option to the far easier emotional relief of “venting” to the closest ear.

However, a chronic gossiper is often simply someone unwilling to relationally mature. It’s someone who needs emotional relief, like all of us, but hasn’t developed a pro-social way to get it.

Gossip comes back around.

Some call it reaping what you sow. Others, Karma. But in the end, what goes around, always has a way of coming back around.

Jesus seemed to understand how the social universe works when he said, “That critical spirit has a way of boomeranging. You will be treated as you treat others and the standard you use in judging is the standard by which you will be judged” (Matthew 7:2, The Message).

Gossip, and you will be gossiped about. Judge another for a certain choice or way of life at your own risk.

Gossip lies to you.

According to scientific observation, gossip is a self-fulfilling prophecy and has a way of crafting perception and creating reality.

Our minds are always trying to match the external with our internal worlds. And because gossip alters people’s internal perspective, spotting the negative things you’ve been told about someone is far more likely to happen, regardless of whether they actually exist.

The moral of this story?

The better news, however, is that the same emotional relief, relational connection and powerful feeling we look to gossip to give us can be found in far more pro-social habits. And though there may be many good alternatives to gossip, I find a particular one to silence my inner critic better than most.

This habit is simple: advocacy.

It’s learning how to spot the good in a person, regardless of how hard it is to see, and choosing to focus on it.

It’s about refusing to judge a person based on what you think is right or wrong, or bad or good, or better and best, and finding something you appreciate about them.

It’s about identifying something in a person, even just one thing, that inspires you to speak life and not death.

Because, in the end, it’s not just about how damaging gossip can be to us and the world around us. It’s about the positive change advocating words can create.

Give it a try. For the next 24 hours, every time you catch yourself thinking a negative thought about someone, let’s reverse our course. Find one thing you like about them and simply, internally or externally, acknowledge it. You’ll be surprised at how such a small rudder tends to turn such a large ship.

This article was originally posted at tylerwardis.com

3-D Printed Roses: For the Person You Only Sort of Care About 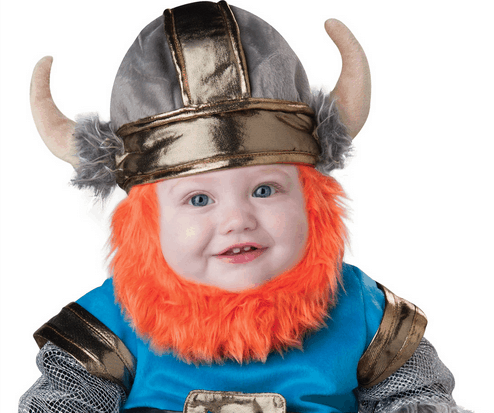