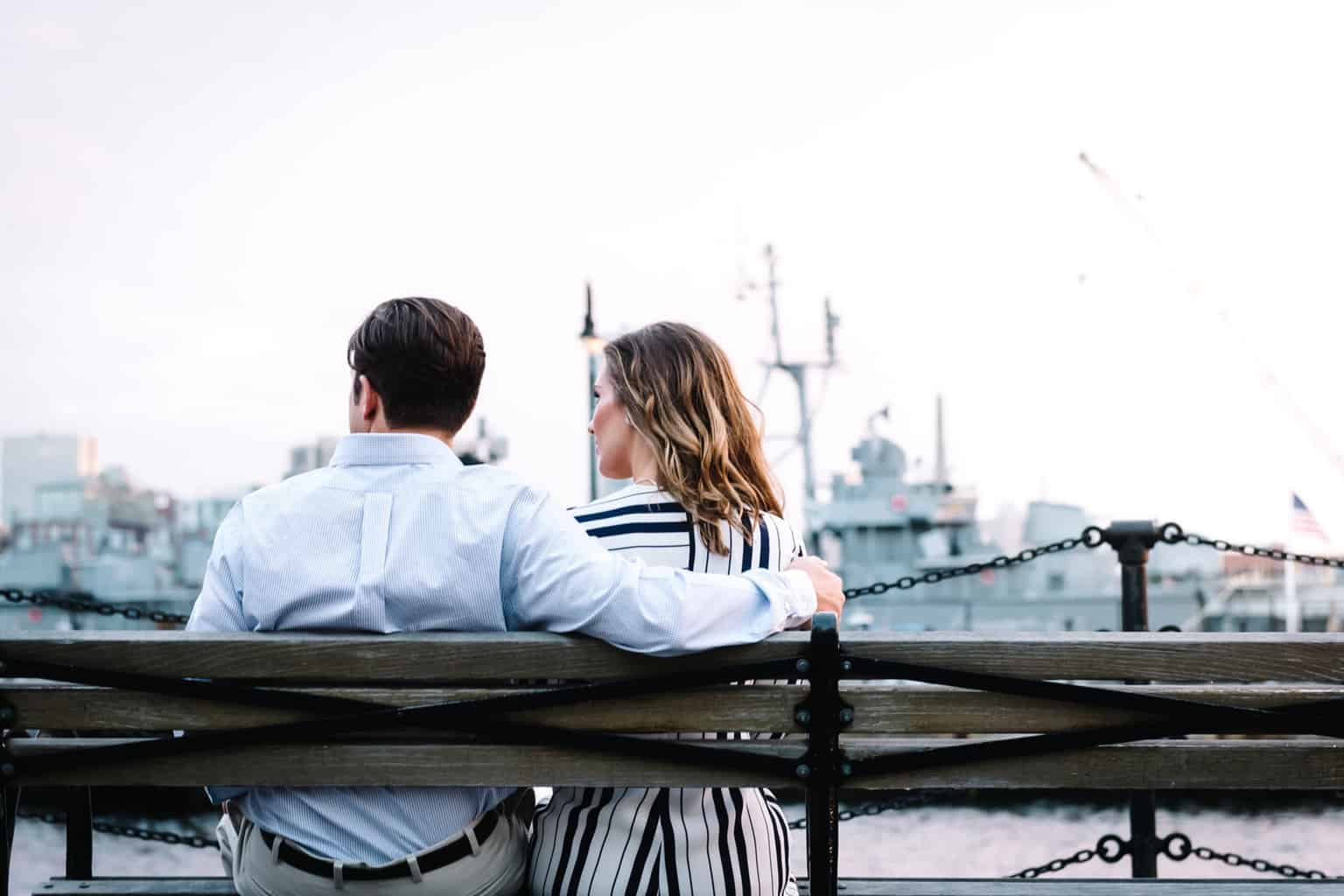 I rarely bat an eye when I catch wind of celebrities who decide to divorce. That said, I still care as the dissolution of a marriage is a painful ordeal for all involved, but I can’t help but wonder if we expect unions formed in Hollywood to be short-lived. Conversely, it’s refreshing to see marriages in Tinseltown that go the distance year after year. For instance, there’s Michael J. Fox and Tracy Pollan (29 years); Julia-Louis Dreyfus and Brad Hall (30 years); and Denzel Washington, married to his wife Pauletta since June 25, 1983.

Of an enduring marriage, Washington said to The Guardian in 2010, “There is no secret to the perfect marriage. I have been married 27 years to Pauletta. Everybody has their ups and downs; we’ve had ours. It’s hard work, you know. But we made a commitment. A spiritual foundation helps everything — marriage, work, peace of mind.”

Like Denzel and Pauletta, I also recognize that a spiritual foundation equips both husband and wife to go the distance. To put another way, we need not look further than the holy Scriptures as a complete and compelling framework for marital wisdom. The 31st chapter of Proverbs speaks of an “excellent wife” who is clothed with “strength and dignity.” Solomon discusses the power of a pair in Ecclesiastes, writing, “Two are better than one, because they have a good return for their labor: If either of them falls down, one can help the other up.” And the apostle Paul summarizes the complexity and longevity of love in I Corinthians 13. “Love never fails,” he declares, a concise summary of the preceding verses about mutual sacrifice for the betterment of another.

Indeed, I Corinthians 13 provides a worthy description for a vibrant marriage. However, I recently discovered that the best love can be easily usurped when the mouth opens and the tongue speaks. The writer James discusses the stinging power of the tongue at length, going so far to say that it is “a fire, a world of evil among the parts of the body,” and incapable of being tamed by any human being. With this in mind, consider James 1:19 in the context of building a Christ-centered marriage. “My dear brothers and sisters, take note of this: Everyone should be quick to listen, slow to speak and slow to become angry.”

“Everyone should be quick to listen.” Notice that James isn’t singling out either gender. “My dear brothers and sisters,” he says. Men and women. Husbands and wives. In times of marital conflict, choose to listen without interrupting. Solomon says that speaking before listening is folly and shameful (Proverbs 18:13), and I’ll be the first to admit that I’ve interjected a defense before allowing my wife to completely finish speaking during arguments.

In the same chapter of Proverbs, Solomon calls people who “delight in airing their own opinions” without taking the time to understand, fools. Or in the eloquent words of St. Francis of Assisi, “Seek to understand before seeking to be understood. Maybe these two men are saying, “Don’t be foolish.” Accordingly, the next time a disagreement emerges in your relationship—which is not limited to marriage as every relationship encounters disputes—listen first.

If a fool rejoices in airing his or her thoughts with no regard to understanding, the wise, after listening, speak. But they speak slowly. They choose their words carefully so clarity is articulately verbalized. Furthermore, they strive, as difficult as it might be in the moment, for gentleness, as gentleness turns away wrath (Proverbs 15:1). My wife and I occasionally raise our voices in spirited disagreements, but we mutually decided at the outset of our marriage to never yell.

As the son of parents who divorced, I’ve observed enough yelling for a lifetime. As a first-time father, that practice stops with me. On a related note, speaking slowly should also be accompanied by eye contact, a waning practice in our culture I might add. This indicates that attention and focus are being given to the speaker; it’s a clear sign of respect too.

In response to James 1:19, author Jon Bloom says that we should respond with, instead of anger, “patience, graciousness, honesty, clarity, and, if possible, brevity.” In verse 20, James writes, “Human anger does not produce the righteousness that God desires.” To put another way, relational clashes will strengthen the marriage if they are guided by the right anger, meaning anger that doesn’t lead to sin (Ephesians 4:26).

Along with interrupting my wife during arguments, I’ll further confess that I’ve gone to bed angry—despite Paul’s instruction to the contrary. Settling discord before the sun sets is hard, and unresolved conflict at 10 p.m. grows increasingly difficult as fatigue sets in and angst grows. Still, as author Marshall Segal writes, “One practical reason not to trust our anger to time is that delaying reconciliation almost always makes reconciliation harder.” Since anger doesn’t bring about the righteous life that God desires, husband and wife should strive to reconcile all strife before the next day. “Weeping may stay for the night, but rejoicing comes in the morning,” writes David.

Thank God that he is slow to anger and abounding in love. God is love. What’s more, he has graciously provided men and women who have committed to marriage a text that provides remarkable counsel. “All Scripture is God-breathed and is useful for teaching, rebuking, correcting and training in righteousness,” writes Paul. There’s the Proverbs 31 woman and the treatise on love in I Corinthians 13 and the power of togetherness in Ecclesiastes. I’m currently grateful for James and his admonition to listen first, speak slowly, and refrain from anger. I sometimes do the opposite during disagreements with my wife, but we’ve committed to uphold James 1:19, a “marriage motto” if you will, till death do us part.

The Satanic Temple Is Suing Twitter for Religious Discrimination