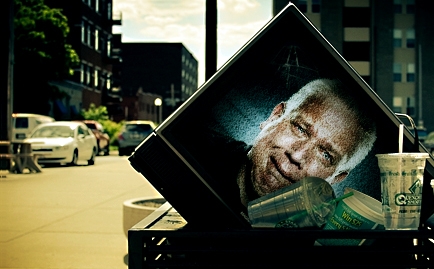 It seems like every day, it happens again: Someone opens their mouth and says something stupid and makes each one of us mad. Often, it’s something we really shouldn’t be mad about—we lose at a game, or our favorite team drops a ball, or the DVR cuts off before American Idol ends.

That’s not what this article is about.

This article is about what happens when anger is a good thing. When it drives us to do something good. When we get angry because Pat Robertson said something terrible about Haiti, or Glenn Beck says churches who want to pursue social justice are barely disguised fronts for Communism or Nazism. When we get angry because someone says something contrary to the Kingdom of God. When someone says or does something to another person that strips them of their God-given value. These things are completely absurd—and we need to get angry about them. It’s the right response.

The way we process anger has huge implications for the Christian life. Too many Christ-followers are promoting a “happy, happy, joy, joy” kind of faith, where anger and other complex emotions are conspicuously absent. That sounds nice on a pamphlet, but it’s not where I live.

The Bible has a more realistic spin on anger. “In your anger do not sin … and do not give the devil a foothold” (Ephesians 4:26-27, TNIV). Apparently, we’re allowed to feel anger. And that means we have to process anger. Anger is neutral. It’s all about how we respond to it. It’s sobering to think our anger can actually help Satan get into our lives. It’s a doorway to getting seriously jacked up. But it’s also an opportunity to change the world.

What angers you will motivate you. If you find yourself angry about injustice, you’ll be driven to seeking to right the wrong. If you find yourself angry when people like Fred Phelps twist the name of Christ into something ugly and awful, you’ll be inspired to live a life of Christ-like love. If you’re angry about abortion, euthanasia and the death penalty, you’ll be motivated to support a culture of life at every level of society.

In short, your anger can drive you to seek change.

But: How do you process anger? How do you respond to it? Those are good questions. God wants us to leverage anger. In other words, we should get angry at the things that anger God. When we do this, we can change the world. When we get angry for our own selfish reasons, we end up leaving an ugly path of tattered lives behind us.

God is a jealous God. We should get angry when His reputation is maligned. “Be careful not to forget the covenant of the Lord your God that he made with you; do not make for yourselves an idol in the form of anything the Lord your God has forbidden. For the Lord your God is a consuming fire, a jealous God” (Deuteronomy 4:23-24,TNIV). Knowing that God expresses anger for His reputation should motivate us to defend God’s honor. It’s what drives us to to be angry (but compassionately so) when we hear Richard Dawkins say God is a delusion. Or when Bishop Shelby Spong openly questions the resurrection of Christ.

We should get angry when men and women construct barriers to worship God. When I think of anger in the Bible, I think of Jesus. Remember Jesus and the moneychangers (John 2)? Jesus was worshiping in the temple, and He saw that some leaders had turned God’s house into a casino. Instead of dedicating sacred space for all believers, certain leaders had commercialized a worship space. It distracted those who had come to worship. These so-called religious leaders were running a profitable foreign currency operation on the temple grounds. They were constructing barriers that made it more expensive and more difficult for the average person to worship in a way that pleased God. Jesus’ anger drove Him to cleanse the temple. His anger was constructive.

We should get angry when there is injustice. “Do not mistreat or oppress a foreigner, for you were foreigners in Egypt. Do not take advantage of a widow or an orphan. If you do and they cry out to me, I will certainly hear their cry. My anger will be aroused, and I will kill you with the sword; your wives will become widows and your children fatherless” (Exodus 22:21-24, TNIV). And when people (cough, Glenn Beck, cough) say we shouldn’t seek social justice, well, that should make us angry, too.

Anger is destructive. And anger is constructive. When we defend God’s reputation and the things God is about, our anger can be used to change the world. But how do we do that? How can we be angry in a good way?

Predictably, we need to look back at the example of Jesus. It says in John 2:15 that He “made a whip.” We like to skip over that verse and get right to the action when Jesus morphs into Chuck Norris so He can scatter some tables and put some serious fear into leaders while they flee the temple. Don’t miss that small phrase with monster implications. Jesus made a whip. In the midst of His anger, He took the time to weave strands of leather together. You know Jesus was fuming, but He took some time so He would respond righteously.

When our trigger is set off, we need to pause and say our own microwave prayer before we lash out in inappropriate anger. Count to 10. Take a walk. And don’t send any rash, emotionally charged emails. Trust us.

And remember: God loves the person you’re angry with. Even though your anger might drive you to act in ways that honor God, He still loves that person. He loves Richard Dawkins and Fred Phelps and Glenn Beck just as much as He loves you. When we’re mad, the love of God for all people should still be there, prodding us to act in love—even in our righteous anger.

Anger is neutral. You can lash out at your roommate, extend the “you’re number one” finger on the freeway or slow down and ask yourself a tough question: Does this anger God? When we get angry at the things that make God angry and process it properly, that’s the upside of anger. And that can change the world.

Portions of this article are adapted from a RELEVANT magazine article by Ed Young Jr.

"Tell Me All the Great Things"