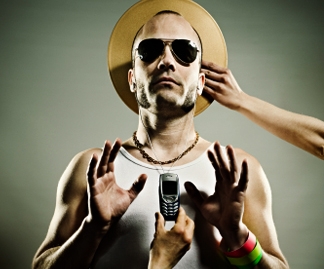 Last year, Adbusters magazine ran a scathing rebuke of the hipster culture, in which they promised that hipsterdom signaled the death knell of Western civilization. Because hipster fashion has appropriated items of deep symbolic meaning (i.e., keffiyehs and Che Guevara shirts) into their mainstream aesthetic, the piece argued that they have robbed them of all meaning and made them one more piece of trivial bric-a-brac in the collage that has come to define the subculture. Essentially, hipsters have taken irony to such a breaking point as to make the ironic mundane again.

One common trend among the hipster set is to disavow the title completely. Everyone can point them out, but no one wants to be labeled as one. In a bit of irony possibly too obtuse for most of the ironic set to recognize, the most hipster thing to do is claim you’re not a hipster.

I won’t play that particular role. For better or worse, and despite the embarrassment and self-loathing it is sure to bring upon me, I am a hipster. My personality has been so cleverly affected that all the affectations seem natural now. I can be honest about the fact that I wear hipster culture about myself like a badge of dubious honor. But, it’s with this admission and self-realization that I think it’s high time we hipsters, particularly those who are followers of Jesus, take a long look at our increasingly mainstream brand of rebellion and critique it honestly.

Our generation, the 18-to-34 set, tend to share a common characteristic. We are remarkably self-satisfied. We are socially aware, politically sensitive and culturally savvy, and we like this about ourselves. The question it raises, however, is if all our sensitivity, savviness and awareness has led anywhere. Certainly, social justice campaigns abound within our generation. One would be loathe to be identified within the subculture without a keen passion for grassroots, countercultural movements. However, where have these movements led? Is ours a generation that is quietly changing the world, or is social conscience just one more accoutrement of fashion for us? An accessory we wear with our Chuck Taylors and horn-rimmed glasses? It seems we’re out not just to change the world, but to impress. The question is, who exactly are we trying to impress?

Of course, one can’t take an entirely pessimistic view of our generation. Many of us are involved in amazing, world-changing endeavors. As a generation, we tend to be remarkably tech-savvy, relish working in teams, show amazing talent at multi-tasking and celebrate diversity. It’s a powerful pastiche that lends us the possibility to do remarkable things and—perhaps more than any other generation—see our world changed in practical and lasting ways. There are 75 million of us, and we have at our fingertips a world connected in such a way that we have more opportunity to impact the globe than at any other epoch of world history. Many of us are doing just that. Groups like Invisible Children, Blood:Water Mission and Kiva have harnessed the passion we feel for justice and the enormous potential provided by technology to make a tangible difference in society and culture.

However, what is troubling is the veneer we often put on our efforts and our culture. We seem so intent upon creating an impressive display of cultural and political awareness that the culture and politics we tout become secondary to the style in which we tout them. When our love of music becomes a race to beat each other with knowledge of obscure bands, we’ve lost our love of music. When our political engagement boils down to who has the best screen-printed swag, we’re not engaging politics. When our passion for social justice isn’t coupled with actual knowledge of the issues we’re fighting for, it’s just posturing. Once again, who are we trying to impress?

Study: Optimism Can Lengthen Your Life

The caveat inherent in all this is that every generation has its pitfalls. As much as it may be a temptation to canonize previous generations while denigrating our own, it’s important to realize that no generation has been perfect. Nicolaus Mills, professor of American Studies at Sarah Lawrence College wrote in an article for Newsday about the stereotypes inherent in every generation. “Disapproving of a younger generation is as American as apple pie,” Mills said. “Those who came of age in the 1950s were labeled the Silent Generation and chastised for their conformity. By contrast, my generation, the Baby Boomers (born from 1946 to 1964), were criticized for being too radical and too preoccupied with sex. And the Generation Xers (1964 to 1982) were thought to be too selfish for their and everyone else’s good. No new generation can win the battle to define its identity until it gains access to the media, and by then the type-casting has been done.” So, every generation has its problems. Ours is not necessarily better or worse than previous generations. The temptations and pitfalls we face are merely different.

Moreover, we’re certainly not blind to the problem. In surveys conducted by cable network The N, our own generation described itself as lazy, materialistic and self-absorbed. So, if we know this about ourselves, what are we doing to change it? The problem, I think, comes in the fact that it’s easy to apply these epithets to our generation without applying them to ourselves as individuals. Let me be the first to say, I embody these traits as much as any of us. It’s time for us to take responsibility, not as a generation, but as individuals to live the kind of outwardly focused life we hold in such esteem. Who are we trying to impress with our cultural savvy, our rebellious fashion sense and political awareness? Essentially, it’s each other. On a whole, we’re trying to impress our peers, strangers we pass on the street who—in reality—notice us no more than we do them.

None of these things (cultural awareness, political activism, mode and standard of dress) are bad in and of themselves. The problem comes when we elevate the veneer behind our efforts above the causes we claim to stand for. I adamantly believe that this is a fantastic generation, capable of amazing things. Not only capable of amazing things, mind you, but in reality already doing amazing things. It is time, though, that all of us (myself included) take a deep look at our motives and priorities. It’s time we stop trying to impress, and start making a difference for the sake of making a difference.

Can He Hear You Now?