I sat in the spiritual director’s office and wept. It was the darkest time I’d ever experienced, and I was doing my level best to make my life—and the lives of everyone in my wake—miserable.

I had decided I was done with the Church, and I was still trying to decide if I was done with Jesus. The director just sat there watching me while I heaved big, wet, snotty sobs.

“When was the last time you were quiet?” he asked.

“What do you mean?” I responded, wiping my eyes with my shirt sleeve.

It was true. I seriously could not think of a recent time of prolonged silence.

After a long pause, he said, “It seems your emptiness has caught up with you.”

For most of recorded history, you couldn’t get away from it. The farmer, monk, chef and seamstress all worked in relative silence within the rhythms of the day, month and year. Gradually, technology intruded upon those rhythms, and upset that silence.

Electric light extended the evening and absconded with our rest. Radio introduced constant chatter, and TV doubled down on that chatter, requesting our total attention. Our ability to play music in our homes has gone through a regular evolution becoming more and more mobile. When I was a teen, I was excited for the ability to listen to a portable cassette; now I carry thousands of albums around with me.

Right now, there’s a device in my pocket that allows me access most of the world’s knowledge, music, games and film—and many of its people. It’s a technological wonder that would amaze people from just 25 years ago. I mostly use it to watch cat videos (my wife will corroborate).

– Wake up and grab my phone and scroll through multiple social media channels (in a timeless loop).

– Get out of bed rush around (while periodically checking my phone for notifications).

– Eat dinner with the family (check my phone if I can get away with it).

– Watch television (while checking my phone).

It goes without saying that this is not the daily cycle of a healthy individual.

I’m not a luddite intent on dismissing technology as bad and dangerous. I’m thankful for the huge steps we’ve taken and the genuine community I have discovered online. But I am concerned about how it’s enabling our avoidance of inner pain.

Do you know those people who seem to carry with them an inner stillness? The ones who seem serene and quietly solid and peaceful? They’re getting harder and harder to find. Most people I know (myself included) are overstimulated and overwhelmed—like the whole mass of humanity is a six-pack of cola shaken and poised to explode.

We scroll through a vast network of news stories, updates and information responding in ways that seem more conditioned than reflective, our minds abuzz with constant distracted activity. More than any other time in history, we have the ability to stave off the loneliness, sadness and ennui that plagues us. Slowing down and getting rid of distractions is terrifying, because it would force us to face those thoughts and feelings we’ve been avoiding and running from.

The void of loneliness we feel when we allow ourselves to truly be alone with our thoughts can only be filled with God, but many Christians are as guilty as anyone else of looking for a shortcut to fill that hole. And, despite what we say, we fill it with the same exact things as everyone else.

We may be able to curb that hollowness for a while, but eventually it catches up to us, and we are completely unable to deal with it. We run headlong into that void without the discipline to navigate it, and it consumes us. This is where I found myself that day in the spiritual director’s office.

What the Silence Reveals

The Monks of New Skete nail the issue of silence in In the Spirit of Happiness:

If living in a monastery has taught me anything, it’s that silence is an inner phenomenon, transcending the absence of noise around us. All it takes is several months of external silence to teach a monk what noise really is. Once the initial flush of peacefulness and tranquility fades, a deeper, more disconcerting noise awakens, rudely showcasing a world previously hidden from you and living inside yourself. It is precisely the external silence, not absolute but something quite natural, that allows this to awaken by teaching us to listen. And when it does, we become aware of the extent of our self-centeredness.

It’s like the whole of our psyche has followed Marge Simpson’s ironic advice to Lisa, “Take all your bad feelings and push them down, all the way down past your knees, until you’re almost walking on them. And then you’ll fit in, and you’ll be invited to parties, and boys will like you. And happiness will follow.” Silence is the tool that brings to the surface all that stuff we’ve buried or lies hidden from us.

The silence we need is more than an absence of sound; it’s a break from constant stimulus and activity. It’s about allowing the tangled cords in our spirit and mind to unravel and be stilled. It’s about stopping the constant need to control our surroundings with our actions and words in a never-ending quest to drown out the unrest in our hearts. It’s about facing the dragon of emptiness, loneliness, frustration, anger, hurt and need head on—and doing the soul-wrenching work of letting Jesus deal with it.

Richard Foster said it well, “The desperate need today is not for a greater number of intelligent people, or gifted people, but for deep people.” This may be truer today than any time in history, and we’ll never be deep if we don’t first become still.

This article was originally published at jaysondbradley.com 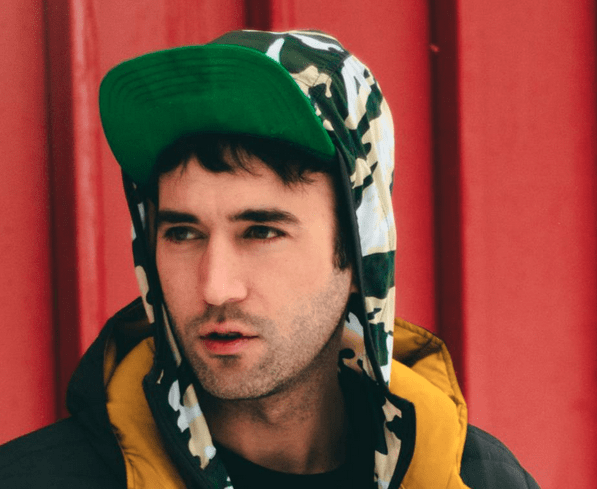