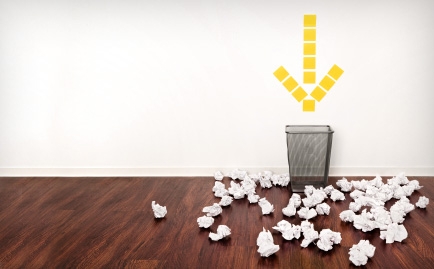 What is your relationship with difficulty, setback or failure? When you are honest with yourself, is there any influence in your life more powerful at forging your beliefs and inspiring your full engagement than failure?

In Pat Conroy’s book about his dismal basketball season at the Citadel that saw only eight victories in 25 games, he observes:

"Loss is a fiercer, more uncompromising teacher, coldhearted but clear-eyed in its understanding that life is more dilemma than game and more trial than free pass. My acquaintance with loss has sustained me during the stormy passages of my life when the pink slips came through the door, when the checks bounced at the bank, when I told my small children I was leaving their mother, when the despair caught up with me, when the dreams of suicide began feeling like love songs of release. Though I learned some things from the games we won that year, I learned much, much more from loss."

The crucible of loss forges the crucial resilience that fuel a consistently fully engaged life. Adversity introduces us to ourselves.

I was recently on a bus shuttling a group of leaders to an offsite workshop. The person sitting next to me, in an attempt to make conversation, said, "So, you’re the leadership consultant." (I love that opening line—usually delivered with a hint of sarcasm!) Then he asked, "What do you think is the most important characteristic a leader must possess to be successful?"

My honest response was: "She or he must have been broken—physically, spiritually, professionally, personally, relationally—and then gotten up, dusted themselves off and continued forward with the wisdom from that loss seared in both mind and heart. I would never follow a leader that is unbroken. He or she lacks the compassion and humility to lead others." This was not what the young executive expected or, quite frankly, accepted. He was looking for the magic bullet!

In order to engage others, we must first be fully engaged ourselves. And the truth is that the seeds of consistent full engagement are forged in the moments that test us to the depth of our being. It is there that we learn what really matters and acquire the necessary humility to depend on God’s great grace, rather than on our own inconsistent efforts.

"When I’m going through a tough time emotionally or relationally or spiritually, I figure I’m getting an education in those areas. When it gets really tough, I think of it as graduate work. Everyone and everything become part of my education. God redeems them and uses them to shape me into the person He wants me to become."

The examples of spectacular comebacks from failure or tragedy are inspiring to us:

Albert Einstein was told by his math professor he would never amount to anything.

Warren Buffett was rejected by the Harvard Business School.

Steve Jobs was turned down by HP for an entry-level job and later fired by the company he founded—Apple.

Juliette Magill Kinzie overcame the loss of her hearing, her husband and her home to found the Girl Scouts of the USA.

Dan Luckett overcame a double amputation and is now one of 41 American amputees currently serving in combat zones.

Before penning her best-selling Harry Potter series, J. K. Rowling was jobless and "as poor as it is possible to be in modern Britain, without being homeless." Looking back, she extols the essential benefits of adversity. "Failure meant the stripping away of the inessential. I stopped pretending to myself that I was anything other than who I was, and began to direct all my energy into finishing the only work that mattered to me."

Stripping away the inessential allowed Rowling to DO less in order to BE more—in this case to author a series of books that have become the fastest-selling books in history. To be stripped of the inessential is often the first and necessary action step toward a fully engaged life. It empowers us to pursue what we ‘re called to do.

In his book by the same title, Gene Kranz utters the famous phrase "Failure is not an option," referring to bringing back the Apollo 13 astronauts alive. This may be true in successfully landing a space shuttle, or I suppose in skydiving, but it is perfectly wrong in leading a fully engaged life. In fact, failure is not only an option—it’s a prerequisite. I wish I could acquire the necessary education and consistent resolve to be fully engaged in an easier, less painful way, but I truly don’t know how.

Whether it’s the loss of a job, financial failure, relational difficulty or a spiritual dry spell, we are all faced with setbacks and difficulty. But by reflecting on our failures and mining these rich experiences for wisdom, we can move forward with a fully engaged life. So we might as well fail faster in order to engage sooner. In other words, step out. Risk falling flat. Take a leap of faith. How do you do that?

Across the back of our property just west of Minneapolis are a number of old-growth oak trees. They sway and bend in the raging winds of the fiercest thunderstorms but have never in the 10 years we’ve lived here snapped under the pressure. It’s said that "the greatest oak was once a little nut that held its ground." These majestic trees hold their ground, no matter what winds come their way.

Your engagement is fueled by failure. Where can you risk failing today?

Scented Mustaches: For the Smelly Face

Bringing Heaven to Hell on Earth