I understand how unappealing it can be to financially give.

Most days, the anxiety-free lifestyle that a healthy savings account provides can be far more enticing than writing a check for a child’s education in Myanmar. However, could there be other benefits to generosity, besides the satisfaction of imagining a kid on the other side of the world going to school every day?

I spent 2012 putting this question to the test.

For the first six months of the year, my wife and I only gave away a small percentage of our income. A need would arise, so we would give, but it was always unintentional. For the last six months of 2012, we intentionally put 8-15 percent of our paychecks into a special bank account. The money in this account was then, over time, given to needs, causes, churches or an occasional act of kindness throughout the month.

With the help of a personal-finance-tracking app, I was able to monitor the amount of money we gave away in proportion to the unexpected income we received over the 12-month-period of time. Unexpected income was considered to be anything beyond my base income (which stayed fairly consistent), including special projects, random gifts or work bonuses.

The results built a jaw-dropping case for generosity.

1. It is six times better to give than to receive.

I had to compute and recompute the math several times before I believed the numbers. But, when Analee and I intentionally gave over the last six months of the year, our return on investment (for lack of a better phrase) was 610 percent. This means for every $1 we gave away in a six month period of time, an average of $6.10 of unexpected income came back to us.

Please understand, I’m not building a case for some sort of prosperity gospel. God isn’t obligated to pay me back for the times I give. I am only telling you what I personally experienced and informing you that the biblical adage about how it is “better to give than receive” has proven to be very literally true in my life. The numbers my wife and I calculated draw a perplexing, but beautiful conclusion about giving.

2. We didn’t starve when we didn’t financially give.

While it’s true that we saw a lot of benefits to generosity, another intriguing discovery to me during this experiment was that when we didn’t financially give, we didn’t suffer.

Over the first 6 months of 2012, we unintentionally gave away a little over 2 percent of our base income. And even then, for every $1 we gave, we received $3.40 of random and unexpected income.

I guess somewhere in me, there’s still this antiquated-fear-infused perspective that God punishes those who don’t hand over 10 percent every Sunday morning. Yet, it’s Jesus’ words that seem to more adequately explain the results of my little experiment. With His typical diversion, He takes all weight out of the Jewish law of 10 percent tithe and reframes it with no fear attached.

“It is better to give than to receive.”

3. We don’t always reap in the same way we sow.

Yes, my experiment depicts that when we financially sowed in 2012, we financially reaped. However, I don’t believe it has to look this way for us to arrive at the same beautiful conclusion.

During the first six months of 2012, I wasn’t intentional in giving away our finances. However, what I was intentional with was giving my time to building friends’ businesses, consulting nonprofits and random needs as they came. In return, I didn’t see people working for me for free. Yet, I did see additional work projects and random gifts produce $3.40 of extra income for every $1 we gave away.

In the end, there is no magic formula to reaping and sowing. Most likely, it is more about the heart of the giver than anything else. However, in my experience, generosity is not just beneficial to its recipients, but can be incredibly rewarding to its giver. So much so, that the old tension I used to feel between the false security of a healthy savings account and intentionally giving doesn’t feel like much of a competition anymore. 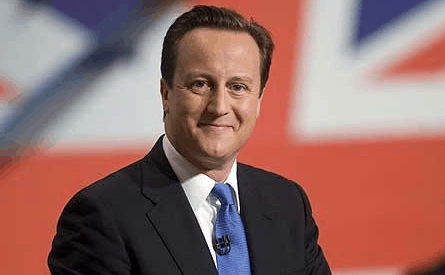