When Hillsong Worship released the first single off of Awake, something jumped about the lyrics. “King of Kings” isn’t just another melodic list of God’s attributes. It’s not a proclamation of all the things God can do for us as individuals. In fact, it doesn’t ask God for much of anything. No, “King of Kings” was a history lesson.

In the course of a few verses, the indie darling turned worship leader Brooke Ligertwood and her fellows artists who make up Hillsong Worship, walk listeners through God’s early promises to His people, the birth and resurrection of Christ and the arrival of the Holy Spirit in the New Testament. It’s one of the most theologically-dense modern worship songs you’ll ever hear. The song tells the history of the church, and sets the stage for an album that can write the story’s next chapter.

Ligertwood describes the structure of the album like a puzzle, with corner pieces framing an intricate picture.

“The corner pieces and the edge pieces are certainly sound theology and a strong theological emphasis,” she explains. “Prophecy is another corner piece that’s a huge part of this record.”

She says that “intercession” — a term used to describe an intense type of prayer — and the Holy Spirit are the other two corners that serve as the framework. But, it’s not until you see the entire puzzle, with all of the pieces in place, that you can see the picture Hillsong Worship, and maybe even God Himself, are trying to paint.

Maybe that’s why Ligertwood and Hillsong Music have released a new album of some of their “reimagined” classics. The album, called Take Heart (Again), was the result of a quarantine lockdown that kept the team physically apart, even though they still wanted to collaborate.

“Myself, Joel Houston from Hillsong United, Laura Toggs from Young & Free were looking at how we can serve the Church this year,” Ligertwood says. “How can we put our music in the hands of our Church this year when we are all separated? And so we made a plan.”

It wasn’t easy. Ligertwood describes the process as “the journey to Mordor,” but it paid off beautifully, with favorite songs that sound fresh and, if anything, feel even more vital now than they did upon their release.

“It feels a bit special,” Ligertwood says. “It’s not an album of remakes, I’ll say that. It feels kind of like a newness within me again.”

This has always been Hillsong’s approach: mixing new and old, fresh sounds with ancient truth. For Awake, the band made theology a cornerstone of their songwriting. “King of Kings” set the stage by explaining how the story of scripture has led up to a point where God engages with His Church through the Holy Spirit. In “From Whom All Blessings Flow,” the group shares some of the basic theological concepts that underpin the faith. Ligertwood says this approach has been happening in churches for hundreds of years.

“Prayer and worship have always been a huge part of revivals across the earth, over the last few centuries and prior to that,” she says. In that sense, “From Whom All Blessings Flow” is a doxology.

“As that was being written and we were diving into kind of the history of that melody, it was pretty profound that even in the 1500s—when that melody first came about and started to be sung by the church—it was basically a part of a worship revival that was happening in Europe at that time,” she says. “The church had reached a point where people would come into a congregation, and they were disconnected from worship because it was only chanted by the clergy in Latin. In response to this, John Calvin started speaking about and teaching that worship should be available for people to be able to come and bring a song, bring praise to God in their everyday language.”

The concept of prophecy is complicated. The Old Testament is full of “prophets” who are chosen by God to warn people about future events or foretell of things on the horizon. But, there is also the calling forth of a future that isn’t here yet, but we can be a part of building, because as Ligertwood says, “God isn’t finished.”

“What I mean when I say that God isn’t finished yet is that until Christ returns and the Church is redeemed and perfect—which She isn’t yet—there’s work to be done, but there’s also work that God is doing,” she says. “So we write albums because as the people of God, it’s important that we continue to rehearse and remember His faithfulness; to rehearse and remember who we are as God’s people. Psalms is repeatedly saying ‘sing to the Lord a new song’ because it reminds us that God is still at work, that He didn’t stop working once Jesus rose.”

That’s why Hillsong is trying to do more than just challenge listeners to think about God or proclaim His goodness. In their music, Ligertwood says Hillsong is helping the Church actively be a part of what He wants to do.

“He’s doing something in the Church and He’s building His Kingdom on this Earth today and we’re all invited to be part of that,” she says. 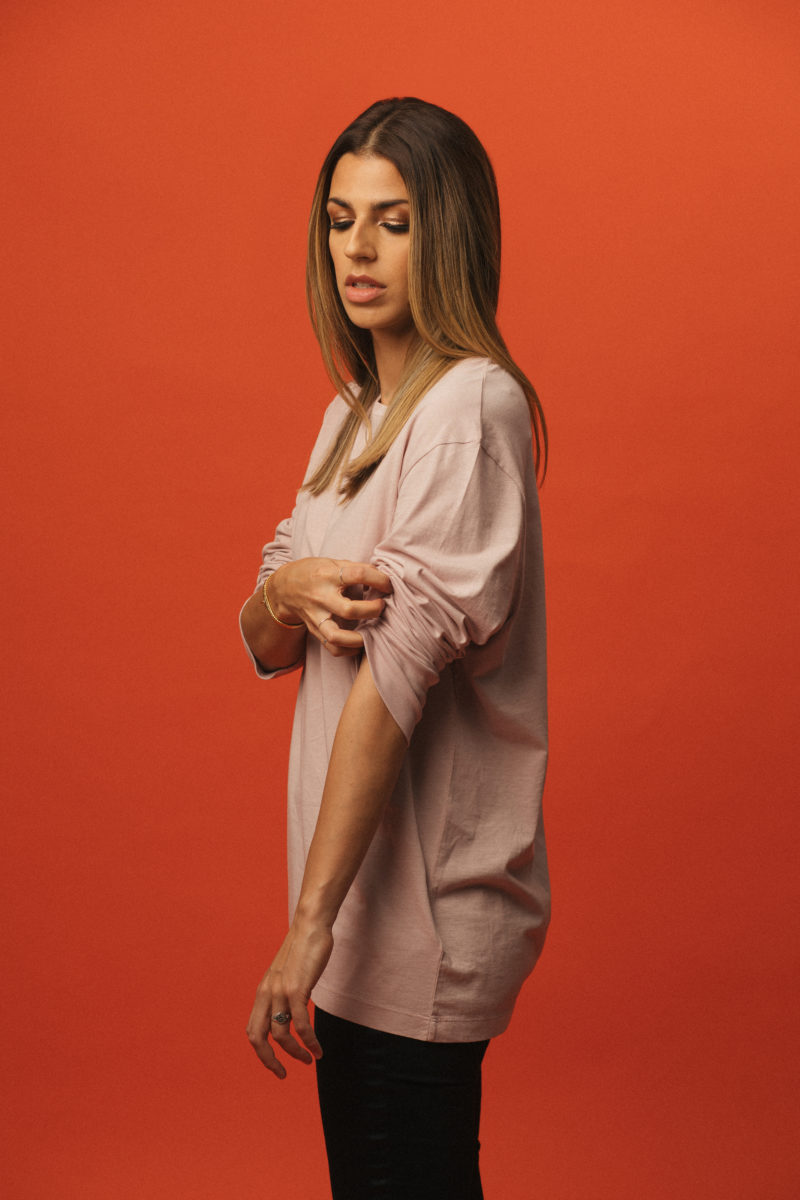 Ligertwood believes in prayer. But, to her, it’s not just about asking for things—or even expressing gratitude. They wanted
prayer—and “intercession”—to be a major part of the creative process.

“We encouraged our songwriters, ‘Don’t write what you think needs to be written.’ Go into your prayer closet with Jesus and bring us back what He tells you there,’” she says.

Hillsong’s songwriters aren’t shutting their eyes with their pens in their hands, waiting for an audible voice to tell them what lyrics to write while mystical wind whips papers around the room. Instead, Ligertwood says they’re trying to write songs based on something bigger than themselves and their own ideas, even if it means looking back on their own experiences and what God had done in their lives.

“I think as a result we have a record that pairs really incredible cohesion, but also so many different hues and facets that really speak to each songwriter’s personal experience with the Lord, but then also because the Holy Spirit is so much smarter than us, we are all part of one story that is being told,” she says.

Ligertwood says that the album’s intentional-sounding design and structure isn’t “because we got together and had lots of meetings about it.” No, it was because of prayer.

When Awake came out, Ligertwood explained how a song on the album summed up much of Hillsong’s approach. “We have a song written by Ben Hastings and Joel Houston called ‘Upper Room,’ which is about basically inviting the Holy Spirit to make our whole life His upper room,” Ligertwood says.

The reference is to the story in the second chapter of Acts in the New Testament. Jesus had died, been resurrected and before ascending into Heaven, promised that His “Holy Spirit” would soon be made available to His followers. While praying in the upper room of a home, 120 members of the very first Christian church experienced something miraculous: “They saw what seemed to be tongues of fire that separated and came to rest on each of them” (Acts 2:3). God’s spirit descended onto His followers to guide them.

This is what Ligertwood and the team want, to be led by God in the direction He wants them to go, not to try to force their faith in the direction they want to go. She says their hope is the album “doesn’t feel like it’s something that’s happening to you; hopefully, it feels like something that is inviting you into a really fresh space with the Lord.”

From the outside, going from a pop star to a worship leader may seem like an odd career trajectory. But when you take the long view, you see it’s part of a clear narrative: Ligertwood is a part of something much bigger than herself. She wants to be a part of a revival.

“The Holy Spirit uses every form of engagement with Him to awaken us and to restore us and to bring us to our senses … in terms of who He is and what He’s doing on the Earth today,” she says. “And prayer and worship have always been a huge part of revivals across the Earth, over the last few centuries and prior to that.”

As they were putting the album together and the picture they were piecing together became more clear, it awakened something in themselves. They finally started to see what the puzzle actually looked like. They were awaked to the idea that they were doing what Christians had done centuries before—spark a revival.

“We thought what is revival if it’s not people who are awake?” she says. “So it became clear that Awake needed to be the name of the record. So really, it’s one part of a statement that we’re prophesying over the greater Church this year …and beyond.”

Another COVID-19 Vaccine Is Showing Some Very Promising Early Potential