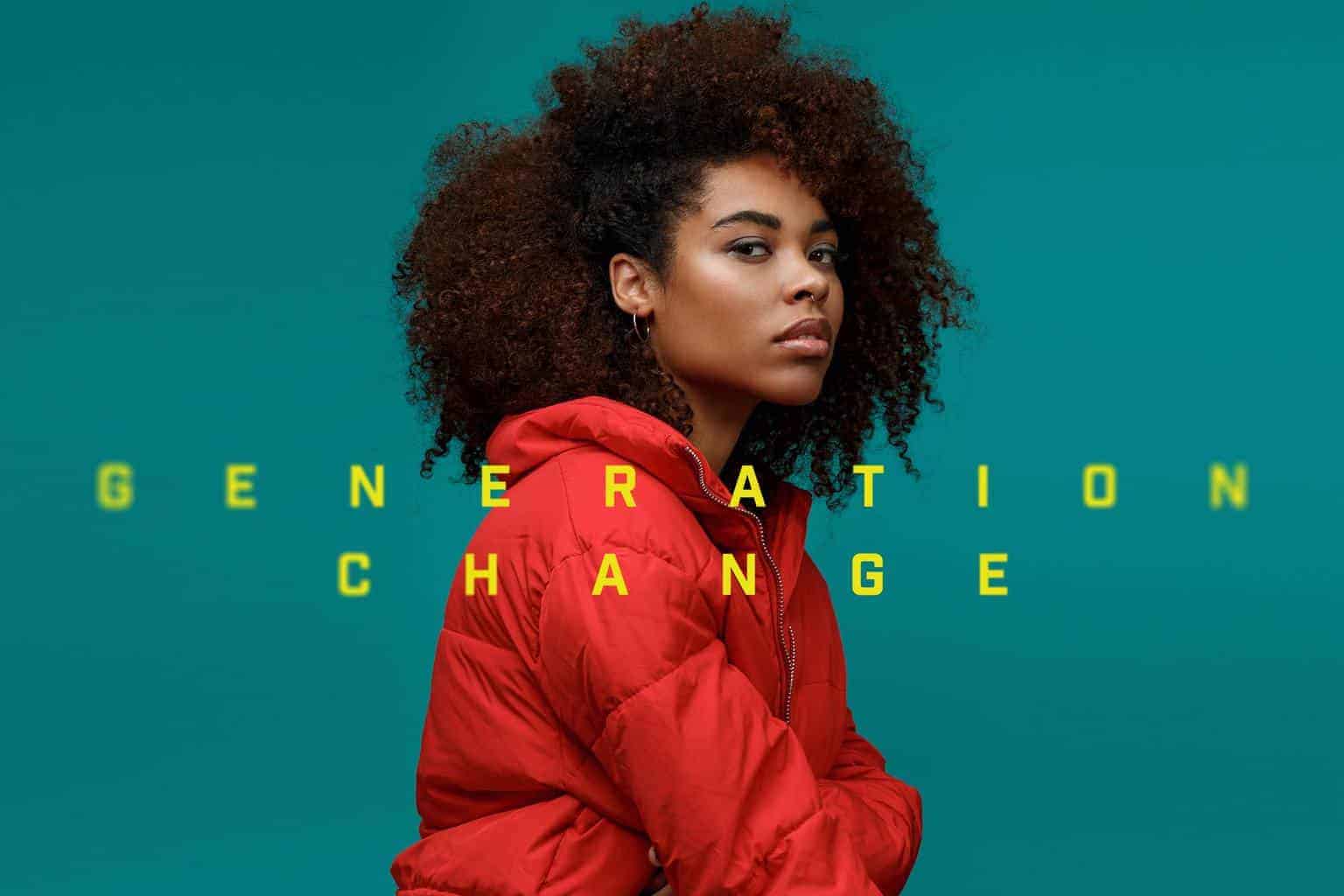 The numbers don’t look good. Of  Generation Z—people born after 1996—34 percent identify as atheist, agnostic or nonreligious. It’s the highest figure of any generation ever.

When naming key components of their identity, only a fifth of Gen Zers name religion, a low number compared to profession and education (43 percent), hobbies (42 percent) and gender and sexuality (37 percent). The data from the Barna Group report is clear: Young people are drawing back from, if not running from, church as their predecessors know it.

But maybe that’s a good thing.

Here are more numbers: Nine out of 10 people say the American Church is too judgmental, and 85 percent described it as hypocritical.

A third of people said the American Church is characterized by “moral failures” in leadership, and a startling 70 percent found the Church “insensitive to others.”

The question here isn’t, “How can we draw the next generation back into church?” The question is,  “Can we blame them for not showing up?”

The trend we’re seeing with Gen Z started with millennials. Only 30 percent of millennials say attending church is important. Among millennials who grew up in church, almost 60 percent have dropped out.

“We’re finding evidence that millennials have been out of church longer than previous generations,” says Roxanne Stone, editor-in-chief at Barna. “So by the time they had kids, [millennials] didn’t feel it was important to go back [to church]. Gen Z hasn’t grown up with that foundational church value.”

The data indicates the Church has a serious perception issue with Gen Z, whether it comes from their parents, their peers or the institution itself. Taken at their worst, the numbers depict a church culture that’s not only running in opposition to many of the core values and beliefs championed by Jesus—compassion for the marginalized, service to the poor, grace for everyone—but  also running against the values of the up- and-coming generation that’s supposed to sustain it. At best, the numbers show a church culture with a presentation issue. The values might be there, but the message isn’t being communicated well.

Data shows that people born after 1996 are ambitious and open-minded. While millennials were motivated by a “follow your dreams, you can do anything” mentality, Gen Z views things more vocationally due to their upbringing amid the Great Recession. They value a future defined by stability and freedom instead of the passion-driven, idealistic future pursued by millennials.

“Gen Z is worried about their finances and making sure they have a viable career option,” Stone says. “Their highest goal for life is happiness, and when we asked them what that looks like, they pointed to pictures of people holding stacks of money. They want to be financially independent.”

The temptation is to chalk this up to materialism, but they want the resources to make an impact: 70 percent of Gen Z believes they should orient their lives toward making a difference in the world.

They demand the same out of the brands, companies and organizations they align with. Roughly two out of three members of Gen Z believe for-profit companies should take a stand on social issues, and 72 percent say brands should care about broader issues like eco-friendliness and humanitarianism.

If that’s what young people want out of their for-profit businesses, it follows that they would ask the same of places like churches, which they know to be founded on attitudes of service, creation care and generosity. When churches don’t deliver on those fronts, well, that’s when we read that 66 percent of people find not just churches, but churchgoers, to be hypocritical. Young people dissociate with things (and people) that don’t reflect their values.

“Gen Z isn’t really hurt by the Church,” Stone says. “But they have a strong sense of tolerance. They’re the most diverse generation in American history racially, sexually and theologically. With that comes a higher regard for pluralism, tolerance and equality, and they see the Church as [intolerant] in terms of LGBTQ rights, immigration, the environment and women’s and gender equality.”

There are short- and long-term solutions to this ideological clash. In the immediate sense, churches can adapt the way they communicate to young people. Of course, Gen Z is very tech-savvy, and while many churches engage with social media and technology in a practical, non- try-hard way, the approach to Gen Z has to be less toward the thing they have and more toward the thing they need: community.

A 2018 Cigna survey reported Gen Z is the loneliest generation, by far. While 46 percent of adults reported feeling alone, that number was 69 percent among Gen Z. Those born after 1996 also reported higher levels of feeling shy (69 percent) and feeling like no one knows them well (68 percent).

This is where the Church can meet Gen Z where they are. Just by being a physical space where they can come together with people their age (and adults—research from Barna shows Gen Z places high value on mentorship and adult role models), the Church can provide community in a way a smartphone can’t.

But in the long term, it’s clear those inherent-seeming value differences need to be addressed, and the people to instigate that change, ironically, might be those in Gen Z themselves. As a whole, beyond those who identify as religious, Gen Z carries core convictions and values that position them well to take action for the things they care about.

Gen Z isn’t here to mooch, party or scroll through Instagram. They want to make a difference.

The numbers to support these statements, as opposed to the data about emptying pews, would actually make your grandmother proud. While 54 percent of teenagers in 1991 reported being sexually active, the same figure among Gen Zers is just 41 percent, according to Business Insider.

Furthermore, The Wall Street Journal ran a survey that reported a 60 percent decrease in under age drinking among high schoolers when compared to peak years. Marijuana use among teenagers is on a five-year decline as well, according to the National Institute on Drug Abuse.

Gen Z smokes less, drinks less and has less sex than just about any generation before them. Cynics might point out these numbers could be a product of a more lonely and isolated generation—these “rebellious” behaviors tend to be social, after all—and while plenty of reporting does support those feelings of isolation among young people, it’s a fallacy to assume those feelings would inhibit Gen Z from creating change in their world.

Young people are savvy with social media and the internet, but they’re also savvy to its influence on their lives. One hopeful indicator: 49 percent of women in Gen Z, one of the most represented demographics on Instagram, say they don’t see social media influencers as a trusted source of information. You could accuse them of living in a bubble, but it’s worth wondering how much the bubble affects their thinking if they’re smart enough to know where and when to look outside of it.

Could these numbers be all talk and no action in terms of Gen Z actually going out into the world and doing something? Doesn’t seem likely. The Atlantic reports 26 percent of 16- to 19-year-olds already volunteer on a regular basis.

For a more specific case study, the aftermath of the Stoneman Douglas school shooting indicates Gen Z can not only be a leading voice in activism but can back up their talk.

“Organizations that are school-based, out in the community and taking an interest in activism are becoming super important,” Stone says. “They’re putting a face to important issues, and Gen Z is going to connect with them in those passion areas. There’s true value in Gen Z growing up in society instead of church. They can step into that space and make it less racist and more inclusive.”

Speculate for a moment what might happen if the religious members of Gen Z grow up and stay in the Church. A projection of all this data points to churches that are more diverse, transparent, compassionate and active in the surrounding community. Best-case scenario, the Gen Z Church looks like an active response—a pushback, really—to the critiques churches face right now.

“Churches are going to have to figure out how to reach a generation that’s thinking about issues differently,” Stone says. “Gen Z is growing up with friends who are gay and have been out for longer, they have more ethnically diverse friends, and girls are growing up hearing they can be whoever they want to be. Gen Z will be turned off by a homogeneous church. We should expect them to maintain their values by the time they age up, especially in terms of activism.”

Today, that means a critical juncture for the cross-generational Church, one that’s looking to bring back millennials—who left at higher rates than any previous age group—and foster an environment that appeals to young people with no experience in the Church tradition.

So if the Church wants to be transformed, change will come out of its ability to redeem itself. If it doesn’t change in the short term, it will be relying on a slim portion of religious Gen Zers to revive things once they age.

Many churches may have lost their foundations, but as they stand now with the way young adults are perceiving them, that might be the first step in changing for the better.