“I am living up in the mountains right now,” says Nate Zuercher, who has temporarily ended up in Colorado, the result of a domino fall in the COVID-19 era. Normally, he and the rest of Judah and the Lion are in Nashville, Tennessee, where they’ve made a name for themselves as purveyors of irresistible alternative jams like “Take It All Back 2.0,” “Suit and Jacket” and “Pictures,” their hit ballad with Kacey Musgraves.

But the 2020 pandemic scattered lots of us in interesting places across the U.S., and for Zuercher, that means Colorado. He’s not complaining. He’s close to family, for one thing. For another, at the time of our conversation, snowboarding season is looming, and he’s looking forward to it. Plus, being inside has given him a chance to catch up on some video games — a hobby he’s passionate about.

“A lot of people don’t think it’s a wise use of time,” he says. “But I’m trying to combat that. I want to promote something that I think can be really special — especially from the perspective of the people who create them. It’s an involved team effort to make an interactive experience at that level.”

Zuercher’s interest in this is contagious, and it’s hard not to make a connection between his interest in the collaborative nature of making a good video game and the similar energy that goes into producing a solid album, something else he knows quite a bit about. And while it’s true that there are still plenty of people out there who are of the mind that video games rot the brain, for Zuercher, they’re a window into someone else’s life. And you don’t have to listen to too much Judah and the Lion to see that this is near and dear to the heart of their music. 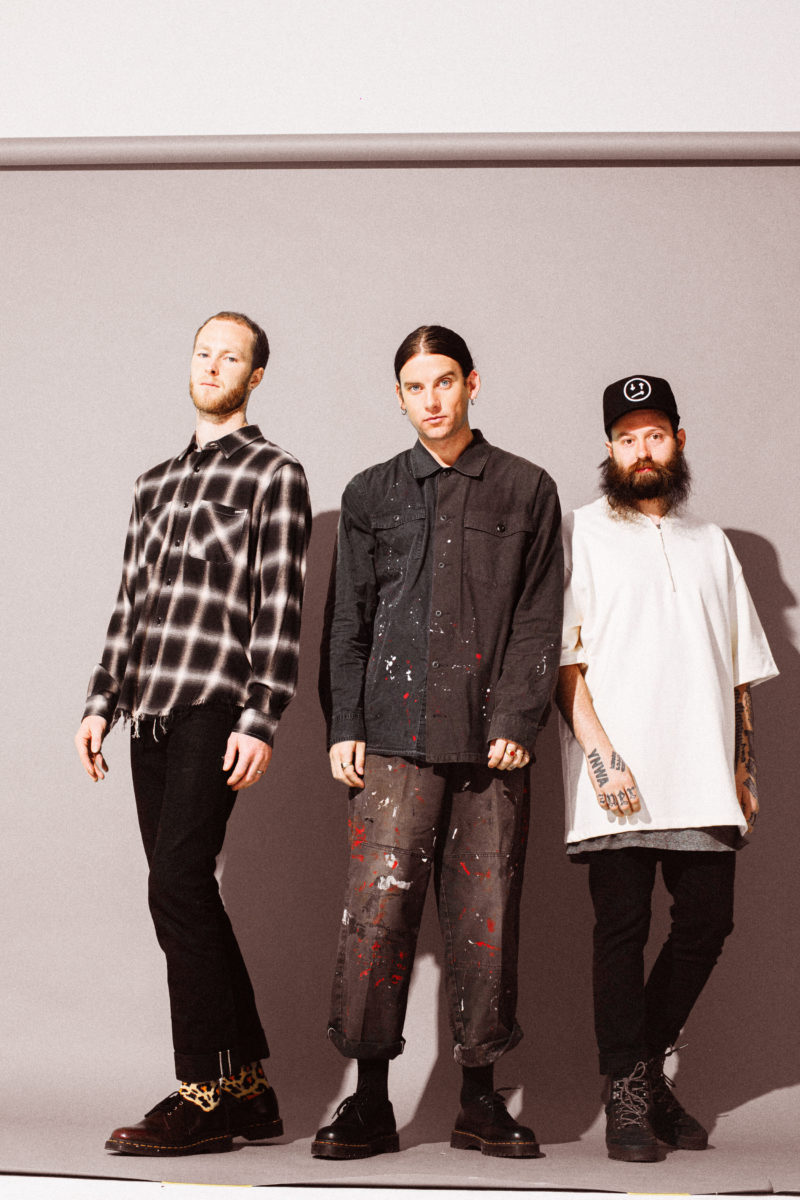 “I like learning how people express themselves and use their gifts,” he says. “Especially in a way that encourages me to look at the world differently, have a new perspective and try something different.”

As it turns out, trying something different has been sort of a theme for Judah and the Lion in recent months.

Zuercher met his bandmates Brian Macdonald and Judah Akers while they were all students at Belmont University. Their juicy folk talents landed them spots touring with acts like Drew Holcolmb and the Neighbors, Jimmy Eat World and Twenty-One Pilots. Gigs on Jimmy Kimmel Live! and The Late Late Show WIth James Corden followed, and just when the band was poised to go wide, they turned inwards with 2019’s Pep Talks, a surprisingly mature and somber meditation on the despair, alcohol abuse and divorce that had rocked Akers’ family. The music followed suit, matching its untidy subject with an experimental fusion of bluegrass, folk, rock, hip-hop and electronica.

It’s its own thing, and Zuercher is honest about the challenges that comes with creating a unique sound. It’s not always clear, even to the guys making the music, whether or not the songs they’re writing really work.

“A really helpful analogy for me has been thinking about it like three people trying to work on the same painting,” Zuercher says. “But if you don’t really discuss the vision of what you want to make or you all start at the same time but you’re doing different things, it’s hard to make it all come together.”

“It’s such a hard balance,” he continues. “But you can’t have three people doing the same thing without it just becoming a really big source of tension “

Zuecher says that it’s taken the band some time to understand what whole their individual parts added up to. Early on, he says they spent too much time trying to divide all the work among themselves evenly instead of trying to figure out what each of them would be best suited to do. As they’ve settled into their specializations, the collaborative process has gotten easier.

The pandemic, weirdly, has helped. The time apart has forced them to slow the process down and analyze it. “Obviously, we’re still working on it,” Zuercher says. “But I feel like we’ve gotten past the point of being like, ‘We don’t have time to figure this out, let’s just make it happen.’”

And even though it’s been bumpy, Zuercher says one thing has held them together: their faith in each other. “I believe that I work with good people that want good things for each other,” he says. “It’s not always easy but I know that the heart behind all of this is to serve and love each other well. We show up first as that, and make the rest of it work after.”

The band did reunite in Nashville recently to try out some new songs in the studio. Zuercher says it went well — better than “well” even. Zuercher called it “surprisingly productive.”

“I’m proud of how it went,” Zuercher says. “We’ve all been able to write and create, and not have any bucket that that song has to fit in. If it’s a Judah & the Lion song, great. If it’s not, that’s OK too.”

He loves the collaborative process — the way three or four insignificant parts can add up to something different. “It’s really awesome,” he says. “I think my favorite part is how you can just  riff on some vocal idea that doesn’t even have words — it’s just Judah humming or something — and you can see that progress into the final product that gets put on a record, or a single, or something. It does feel like making something out of nothing. The transformation that comes with that is really awesome and I love being a part of that.”

In essence, it sounds like Judah and the Lion have always known to make albums. Now they’re learning how to be a band.

“We’re talking about figuring out what it looks to step back or show up in different ways than it’s been in the past,” Zuercher says. “I think it has required a lot of humility on all of our ends, and some of that too has just been earning on the fly, trying to give each other the freedom to speak up and say what we need.”

Zuercher doesn’t know how long he’ll be in Colorado. It depends on a lot of how the next few months go with regards to the pandemic. But he’s enjoying himself. “I’m just trying to learn more and grow and try new things,” Zuercher says. “To figure out how to spend my time well.”

He says he feels more creative than ever, which is about the best you could hope for out of a very strange year. He’s writing more music, and he sounds genuinely enthused about what’s next for the band. An album of unplugged takes of a few of their hits released in September, and brand new music is in the works.

“It’s been hard though in navigating how to communicate well and prioritize making art in the midst of all of the other things that we now have to worry about,” Zuercher says. “I think it’s been hard for all of us. But we’ve had a really good and encouraging couple of weeks. I’m really excited about what’s coming.”