Naomi Raine is still getting used to living a fast-paced life.

“I feel like I just came from an aerobics class,” she jokes. When we sit down to talk, we’re on a tight time limit. She’s just wrapped up morning tour rehearsals, before heading into recording sessions, more tour rehearsals and — most importantly — continuing to be a mom.

Life’s been going 100 miles per hour ever since Raine helped create Maverick City Music — you know, that worship collective that’s taken over the worship music scene over the last few years. Even beyond the Christian and Gospel charts, Maverick City was given the opportunity to reach a wider audience at the Grammys. Not only did the group take home four awards, but they also performed live at the award show, the first Gospel performance in over 20 years.

“It was like living in something you dreamed about forever, but it was actually happening. I kept having to pinch myself,” Raine says. “It was eye opening, too. I’ve always known that music was so much bigger than just the hits that we might hear or see. And getting to hear all of the categories, the different parts of music that were celebrated and awarded, was just really good. I felt like a part of the music community.”

But Raine has always been part of a music community. Both her parents were worship leaders while she was growing up. Since she was seven years old, Raine has been singing songs to the Lord. For her, they were “just writing regular songs.” Nothing special, according to her. Just how she chose to spend her devotional time. But as time went on, others quickly realized that no matter what she began writing or singing, it always ended up in worship.

“It was prophetic, and it was deep, and I didn’t even know what was happening. I wasn’t used to that,” Raine says. “No matter what I sang, I was going to end up just like, ‘Jesus, we love you.’ I am really super passionate, because I think God is just so good. He’s really good. Anytime I get a chance to sing about His goodness, I’m just going to do that. I’m going to act like I’m in heaven to sing it forever. You won’t get to shut me up.”

It’s hard to imagine anyone telling Raine to stop singing, especially after you’ve heard her voice. As one of the leading voices for Maverick City, Raine’s pulls together worship songs in a way that few artists could. Maybe it’s her natural talent, Maybe it’s her unreal vocal range. Whatever you want to call it, you can’t call it produced. Maverick City Music deliberately forefronts the improvisation, preferring spontaneity to strategy.

“There was not a plan with Mav City,” Raine laughs. “We go in a room and just let it be organic. Just releasing real praise. We just worshiped.”

Raine says that the decision to organically create albums was simply the result of wanting to get back to the basics of worshiping God.

“Honestly, we see a lot of super produced worship moments from artists, and that’s artistry, but a lot of what the worship that God receives is just singing or playing or whatever — and He loves it and He accepts it. I think we’ve changed worship culture, but I think it’s really bringing it back to the beginning, and the basics, and what the Lord has always received from us.”

Yet while Raine says she enjoys the organic production of Maverick City albums, she’s gearing up for something new on her own, something she is equal parts excited and nervous for. Her debut solo album Journey drops this summer, and it’s not only is it full of spiritual truths, it’s also just plain fun. Imagine if, say, R&B icon Brandy decided to make worship music. That’s what you hear on Journey. They’re undeniably bops. But at the heart of these bops is honest and vulnerable lyrics about what being a Christian is truly like. And not just the “good” parts of that Christian life either.

Her first single, “Not Ready,” covers her battle with depression, focusing on the days when she knew she wanted something to change, but she wasn’t ready to do what God was calling her to do. 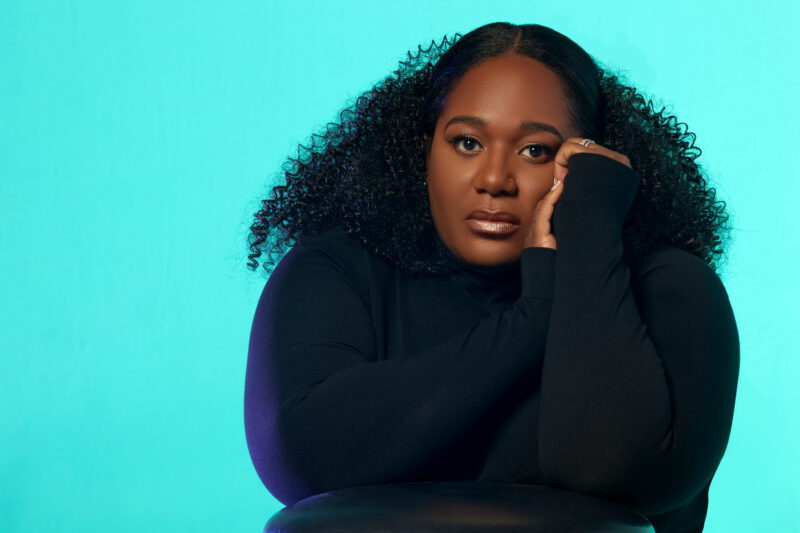 ”People do this all the time,” Raine continues. “We tell God, ‘I don’t want to pray’ or ‘I don’t know what to pray.’ But once you’re talking to God, you’re actually praying. You’re already doing it, but I think that we sometimes think that we have to pray, and say certain things, and know what to say, and be ready to do whatever He says.”

As she was “getting out of that pit,” Raine felt like God was pushing her to write an honest song about her journey. And not just for herself, but for others who feel the exact same way. She was initially hesitant to write a song like that because she didn’t have a resolution for the end that could tie the story up in a neat little bow. But she quickly realized an honest and organic approach is the best one.

“That’s Not The God We Serve”

Raine speculates that vulnerable songs like this resonate with believers because they’re authentic. They don’t try to wrap everything up in a big bow, but rather simply let messy lives be messy

“I think it’s why some people don’t pray nowadays, and don’t go to the Lord, and feel guilty and ashamed of where they are,” Raine says. “God wants to be with us. He says he’s near to the broken hearted. This is the God that we serve. A smoldering wick he won’t snuff out. When you’re at your lowest and your worst, he’s like, ‘I’m not going to just get rid of you.’ That’s not the God that we serve.”

That first glimpse of Raine’s Journey is exactly what we get for the rest of the album. Raine processes her seasons of depression, growth, fears and more through her music. She’s allowed the Lord to “strip off a lot of the old stuff …and start to deal with my own heat and show me the truth of what was there.”

As Raine and I continue talking, it’s hard to miss the sense that she’s excited to share her music with the world. But there is a tiny bit of caution in being vulnerable. Anyone who’s ever had to share a part of their story with a stranger (or, let’s be honest, even a friend) knows that being vulnerable isn’t easy. But as Raine says, vulnerability is always worth it. 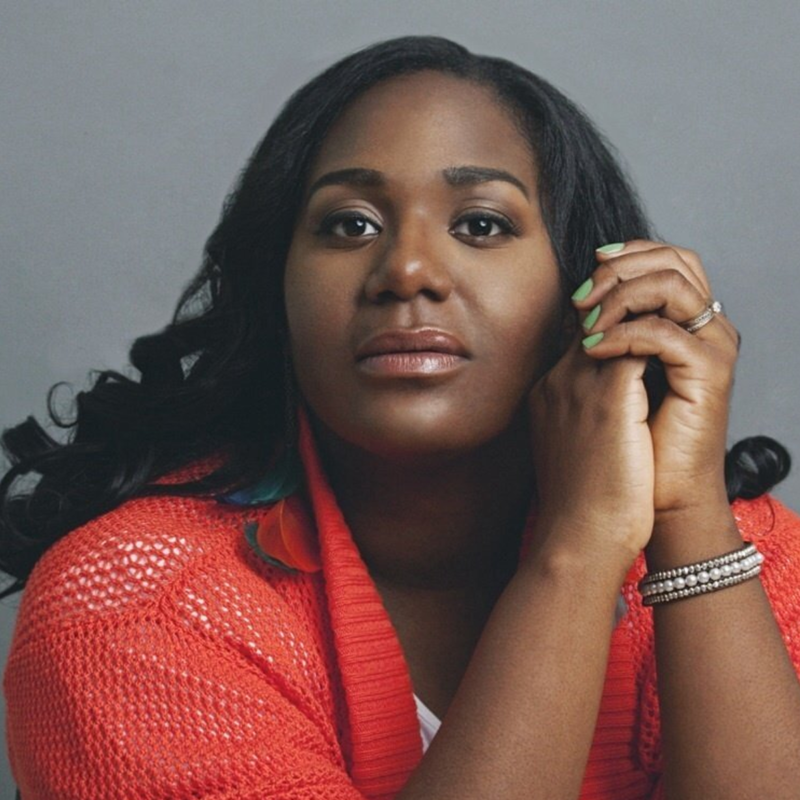 “I do believe that me going through this and walking through this season of my life was not just for me, but it was also for others — that they would see, that they would hear, and hopefully be able to cling to Jesus, and hopefully be able to understand that, ‘Hey, just because you see somebody on a platform, or because it looks like they have this, or that, doesn’t mean they’re not struggling just like you,’” Raine explains. “Hopefully, it humanizes us, and makes it okay to actually be okay needing Jesus. We’re all in need.”

As one of the most prominent figures in the country’s biggest worship band, Raine knows all too well the pressure from others to have it all together. Fans of Maverick City, even when being well-meaning, reach out to Raine and ask for answers to their problems. She’s aware of her limitations.

“Just because I sing a worship song doesn’t mean that I don’t have real needs. I am definitely afraid, because I think we have seen this in the worship culture, and the church, and Christians are very judgmental about people’s process. ButI just don’t see that in the Bible. You know what I see in the Bible? I see real, actual people and all their flaws.”

Raine hopes that by being open about her journey — the good, the bad, the regretful — believers will see the beautiful process of sanctification that she’s been experiencing the last few years.

“Sanctification is a process,” Raine explains. “I believe that what we see in the Bible is people going through a process. They’re still being used by the Lord, but they’re in process. I want to normalize the process — but not normalize and okay sin. That’s not what this is. It’s just, ‘Hey, it’s okay to grow, and growth takes longer than I think we want it to.’ It’s hard to walk with people out of their journey, but we look at some people, like myself, and we look at those people like, ‘Hey, this is the goal. This is the standard.’ But we are not the standard. Jesus is the standard and we all need him. That’s what I’m hoping this music can do. I’m facing my fears and putting it out.”