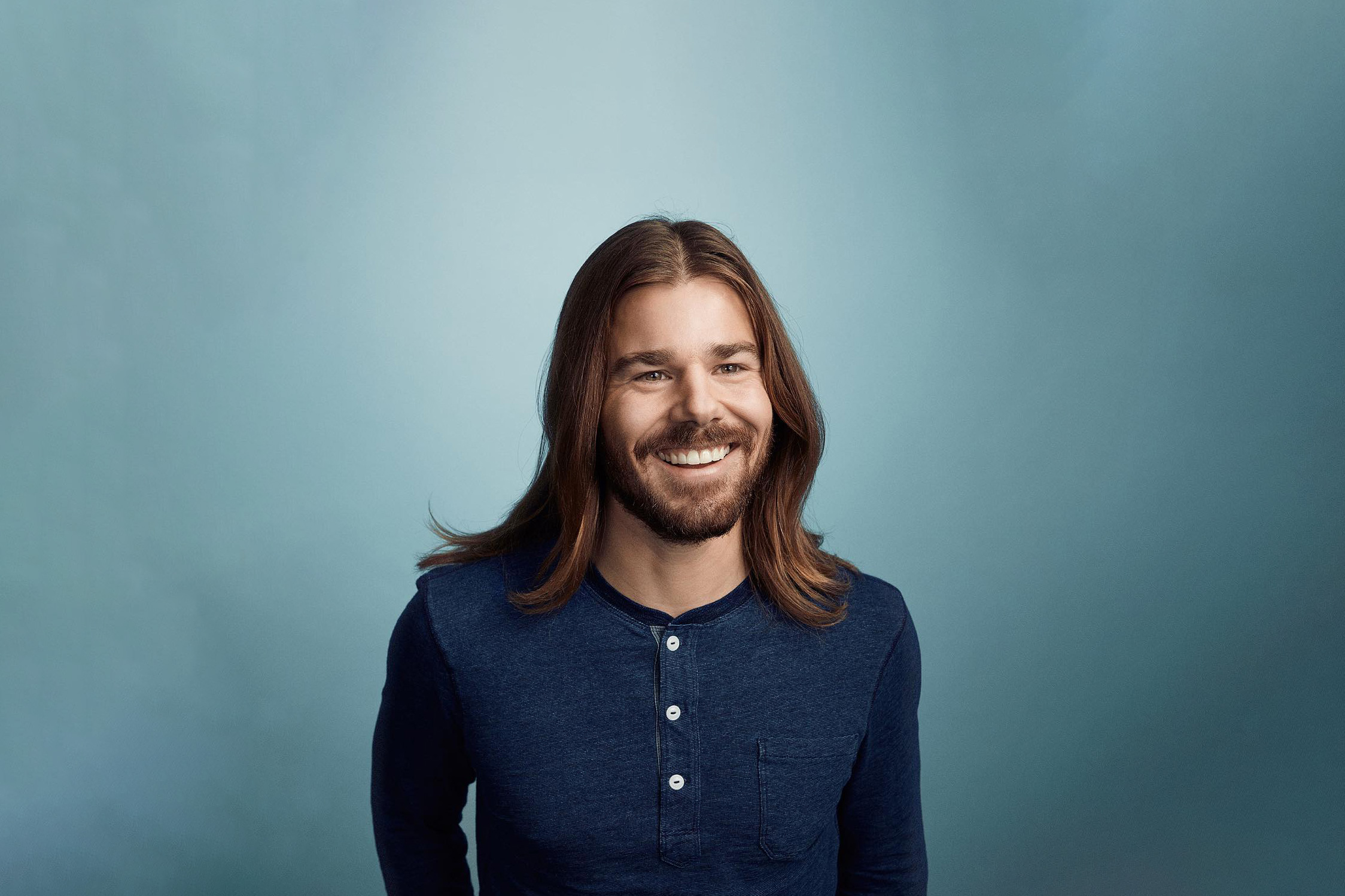 Even if you don’t keep up with tech or business news, you’ve probably heard about Dan Price.

In 2016, he made waves when Inc. magazine put him on the cover, asking, “Is This the Best Boss in America?”

The acclaim followed Price’s announcement that he was making the minimum wage at his company, Seattle-based credit card processing company Gravity Payments, $70,000.

Four very successful years later, and like many companies, when COVID hit in 2020 business came to a screeching halt.

Price is open about the financial hit his industry took. One competitor laid off half of its staff. Another leveled a fine for small businesses that wanted to use their service. Price, however, refused to lay anyone off in the middle of a pandemic, though he didn’t see a viable way forward.

“It seemed like there was really a no-win situation, and I couldn’t figure out anything to do,” he says.

But then his employees surprised him. They’d put together a spreadsheet where employees could anonymously volunteer pay cuts based on what they could afford. That, along with an influx of some pandemic-related business, kept Gravity afloat.

“Employees were able to come together and save the company,” Price says. “And by late summer, we were able to pay back the pay cuts that they’d offered and even give a small raise.”

It’s a rare case of a large company responding to a crisis like people instead of a system. It also shows a group of people thinking creatively instead of cutthroat, but that’s the sort of culture Price has labored to build — one that has repeatedly and explicitly chosen people over profit.

The risks have been huge. Experts have told him he’s crazy. It goes against everything we know about running a successful business.

And it’s working. And not only is it working, but Price thinks what he’s doing could — and should — be part of a revolution. 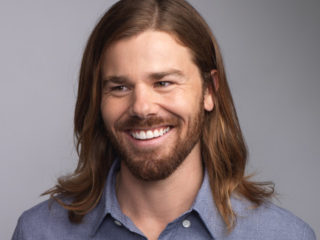 Price co-founded Gravity in 2004 with his brother and quickly built it into the largest business of its kind in the state. Gravity made Price a rich man, with a house that overlooked Puget Sound and a company with over a hundred employees. Thousands of customers. An annual salary of over a million dollars. He was doing well. Then he had a conversation with Valerie.

Valerie wasn’t just Price’s employee; she was a friend, too. The two were on a hike in the Cascade Mountains when she admitted that her landlord was upping her rent and she didn’t know what she was going to do. She was already working shifts at McDonald’s to supplement her full-time job at Gravity, but prices were such that even that wasn’t going to cut it anymore.

Moved by her dilemma, Price says he figured out a “one-off solution” that helped keep his friend stay afloat, but her story stuck with him. He realized she was probably not the only employee struggling to make ends meet, even as he had become a millionaire. His success was not translating to the people he hired.

“And as we got larger, there was going to be less opportunity for them to reveal that to me as the CEO,” he reflected.

So he decided to do something about it. He’d read a 2010 Princeton study by Angus Deaton and Daniel Kahneman that found a $75,000 annual salary was the optimal annual salary in the U.S. for an individual’s overall happiness.

Any less, and the wellbeing takes a hit. Any more, and there’s not much measurable difference. So Price crunched some numbers, took a pay cut, mortgaged two homes, sold off his stocks and then made an announcement to his whole team: From that point on, $70,000 was the starting salary at the company.

It created a news splash, and not all of it positive. The late rightwing radio pundit Rush Limbaugh said Gravity would be a case study “on how socialism does not work, because it’s going to fail.” Customers canceled in protest and even a couple senior level employees resigned, believing the huge bumps in junior salaries would lead to an unmotivated, entitled company atmosphere.

Still, Price says that the “vast majority” of customers were “really happy” with the new approach. Gravity staff felt more secure in their livelihoods. Before the salary switch, Price says the staff saw between two and zero babies born per year. Over the next few years after the switch, Gravity staff welcome 60 new babies. The number of Gravity staff who became first time homeowners jumped tenfold. Around 70 percent of the company employees paid off their debt. The amount of money staff started setting aside for retirement jumped exponentially as well.

But boosting morale is one thing. Doing so sustainably is another. And believe it or not, Price’s crazy new plan worked on that front too. Revenue tripled, a factor Price attributes to the sudden sharp drop in employee attrition. It “drastically improved our productivity in the way we collaborated together,” Price says. “People were sticking around and building those long-term relationships. That could be the foundation for the company.”

In short, Price proved that putting employees first can be good business.

“What a terrible thing that I and Gravity are so admired for something so basic that any well behaved seven-year-old, eight-year-old kid could figure out,” he says. “It’s really not that hard and I think that says something about this moment where we’re at. It also says something about where we need to make changes.”

Price was raised in a Christian home in Idaho which he calls “very devout” and “very much a business-first family.”

He’s still a Christian, but his view on business looks a little different now. Price is deeply concerned about the wage gap in this country — the accumulation of wealth among the very rich that has not led to a better overall quality of life for other Americans. “I think that overall structure and system that we’re a part of and perpetuating it’s concentrating so much of the wealth and resources on top,” he says.

You’re doubtless familiar with what Price is talking about here. Perhaps you’ve heard that the richest ten percent of Americans own about 70 percent of the nation’s entire wealth, while the bottom fifty percent own just 1.6 percent. Talking points have become familiar and have taken on a partisan tone in the U.S., particularly after that issue became the laser focus on Vermont Senator and Democratic presidential candidate Bernie Sanders.

But Price doesn’t think this conversation has to stall along political lines.

“We’re having trouble seeing the forest with all the little trees of disparaging each other, disagreeing with each other in ways that aren’t always necessary or could be handled in a nicer, more human way rather than collaborating and working together,” Price says. “We need to realize that no, actually we have enough resources to feed everybody, for everybody to have good housing, for everybody to have the type of experience that leads to long term success, which is freedom and stability. The idea of families that don’t need two incomes or in some cases, four, five, or six incomes with some parents working two or three jobs at once.”

As far as Price is concerned, what he’s done for his company could be scaled for the whole country. The U.S. has what it needs to improve the lives of people on the bottom rungs of the social ladder. What we lack isn’t necessarily the will or even legislation. It’s imagination.

“We can say things like life, liberty and pursuit of happiness but compared to what it could be, it’s really dead in some ways,” he says. “I think that’s the low hanging fruit that we can fix. It’s not that hard. We have to provide the basics of healthcare, education and access to everybody so that they can buy into that American dream.”

All of this sounds very well and good, but Price will be the first person to tell you that things are not exactly trending towards his vision of economic equality on a broad scale.

“On a personal, spiritual level, I do take time for things like hope,” he says. “But right now, it’s the middle of my workday so I’m just trying to call the balls and strikes as honestly as I can and speak the truth.”

Price believes that what he’s done is proof that a world where people are taking poverty seriously and the poor are provided with the means to survive isn’t a utopian pipedream or a socialist fantasy. People just need to know that it’s both possible and necessary. And for that to happen, Price believes that the key is being honest with each other about the current predicament.

It’s going to take a lot of work. Price knows this more than anyone. He’s a hard guy to get a hold of, but that’s because he’s seen what can happen when people do the hard work of sacrificing a little so that everyone can be in a better situation. He’s ready for those ideas to become mainstream.

“To me, there’s nothing that feels better in the face of some of these issues than speaking truth,” he says. “And I think that maybe that hope is behind enough of us speaking enough truth to each other to start to make these changes.”