Several years ago, my family had the opportunity to vacation in a friend’s home in the Rockies. When we unlocked the front door and walked inside, we let out a collective gasp—this house was more extravagant than any place we had ever stayed. Our gratitude increased day by day for the custom-made fireplace, floor to ceiling windows which afforded mountain views, and perhaps most notably, the hot tub. When it came time to pack-up, we cleaned with an unusual enthusiasm and thoroughness out of respect and appreciation for the owners.

According to the creation account, God handed humanity the keys to a home even more beautiful and magnificent than the most gifted architect could ever design. Much like our vacation experience, when we are granted permission to stay someplace that we do not own, we must understand and accept the owner’s conditions. Genesis 1:28 spells out God’s terms: “Be fruitful and multiply. Fill the earth and govern it. Reign over the fish in the sea, the birds in the sky, and all the animals that scurry along the ground.”

Though we rarely think of it as such, these verses are essentially God’s first commandments to mankind. All of creation either bears fruit and/or multiplies, but only humans have the unique role of filling, governing and reigning over everything on the earth. It’s difficult for us not associate the words “reigning” and “governing” with abuse and corruption, but this was before the fall. God intended for men and women to make the plants and animals subservient to their needs for survival while simultaneously nurturing and protecting all of the life contained on the planet.

Despite the reality that these first commandments have been part of our spiritual legacy since the beginning, according to Wendell Barry, “Modern Christianity has stood silently by while a predatory economy has ravaged the world, destroyed its natural beauty and health, divided and plundered its communities and households.” Rather than unifying us, the issue of environmental stewardship has polarized Christians.

At one end of the spectrum are believers who interpret certain biblical passages as permission to exploit the earth, since it’s all going to burn anyway. On the other extreme are passionate environmentalists, some of whom divinize the earth and promote strict population control and biological egalitarianism (perceiving the earth and humanity as equal). One perspective often leads to apathy while the other to judgmental, bitter hearts.

Leah Kostamo, author of Planted, believes, “Polemic arguments have a short shelf life as far as transformation is concerned. What lasts and what changes hearts is wonder: a wonder born of a firsthand experience of creation.”

Far too many of us live in technologically dependent cubicles disconnected from both wonder and creation. We don’t need to get dirt under our fingernails in order to eat—we leave that to the ever-shrinking number of farmers. We spend decreasing amounts of time in nature. If we lose our connection to creation, we can unreflectively dismiss our sacred responsibility to care for and sustain this world.

Thankfully, in the past decade, increasing numbers of Christians seem to be responding to God’s call to action. Regardless of whether you are already meaningfully deployed in creation care or still standing on the sidelines, everyone of us must wrestle with the potentially threatening question: Is a lack of environmental stewardship sin?

To respond to the spirit of this question, we must refrain from defining both stewardship and sin too narrowly. If we equate good stewardship solely with living off-grid, eating organic or biking to work while wearing fair-trade clothing, it feels pointless to even try—so many of us don’t.

And if we limit our understanding of sin to committing adultery or coveting our neighbor’s fuel-efficient hybrid, we refuse the redeeming—albeit painful—role of conviction. The apostle James expands the definition of sin: “Remember, it is sin to know what you ought to do and then not do it” (James 4:17).

In the case of the vacation home where my family stayed, if we had driven off and left the doors unlocked, the windows open and the jacuzzi running, we would have sinned against the owners because we understood the moral obligation, or terms, of using their house.

In the case of stewardship, I think it’s fair to say that we sin when we dismiss God’s obvious call to consistently and lovingly fill, govern and reign over creation. We don’t have to work for Sierra Club or heroically protect whales, but we must all do something.

Something might mean installing a backyard composting bin, significantly reducing household waste. It might mean refusing to bow down to the gods of consumerism that demand that we spend our resources on superfluous goods. Or, if you classify yourself as a reluctant environmentalist who loves the poor, making the connection that the marginalized often experience the earth’s demise firsthand. Whenever appropriate, we can repent of apathy—or of judging those who disagree with us.

According to an article from the Acton Institute, “Our stewardship under God implies that we are morally accountable to Him for treating creation in a manner that best serves the objectives of the Kingdom of God.” As with any of the commands in Scripture, we can view stewardship as an invitation to partner with God in bringing His Kingdom to earth, or decline the invitation. All of creation awaits our response. 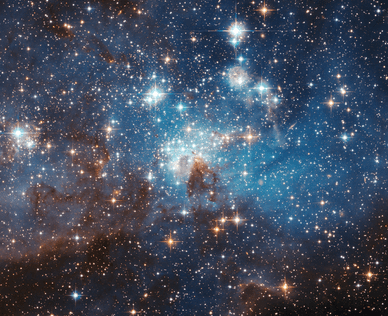 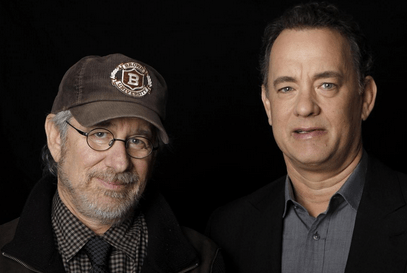 Hanks and Spielberg Team Up for Cold War Epic