I’ve yet to meet someone who isn’t shocked by the prevalence of modern-day slavery.

But here’s something else that might shock you: human trafficking is a symptom of a larger problem.

Yes, it is estimated that upward of 35 million people are enslaved throughout the world. Yes, slavery is the second largest criminal industry. Yes, it generates somewhere around $32 billion a year. Yes, it is certainly a problem. It’s just not the problem.

Ultimately, the problem isn’t human trafficking—the problem is brokenness. As finite and flawed humans, we’re broken in just about every way. And it’s because of the brokenness in ourselves and our communities that exploitation can thrive.

The Victims are Broken

People aren’t trafficked simply because of bad choices, irresponsible lifestyles or by some fluke. More often than not, it’s because of damaged relationships, divided families and deferred love. It’s because of systemic barriers to education and employment, neglect and early childhood trauma, struggles with self-esteem and mental health—just to name a few factors.

Brokenness is the reason teens run away from home in North America, ending up in unpaid domestic servitude or in the sex trade. It’s why Cambodian migrant workers illegally cross the border into Thailand for whatever work they can find and end up enslaved on fishing boats or in construction sites. It’s how foreign women are deceived or coerced into selling their bodies from behind glass windows in the Red Light District of Amsterdam—a city that boasts of its liberties as a state with legalized prostitution.

Intervening with human trafficking needs to start before people become victims, before we implement exit strategies from prostitution, before we send a survivor to a rehabilitation program.

It starts with mentoring that teen girl at church battling with her self-esteem, or the boy down the street who doesn’t have a father. It starts with welcoming foster kids and orphans, single parents and widows, ethnic minorities and immigrants into our homes and communities. It starts by engaging with someone as a person with a heart and a history, not a helpless victim. It’s when we see a human, not a statistic.

The Exploiters are Broken

The people who exploit—those who recruit and manipulate—they’re broken, too. Pimps and traffickers are engaged in horrendous, punishable criminal activity, but there’s are reasons they arrived that point. Sometimes, the women who recruit girls into the sex trade were once trafficked themselves. Sometimes, the men who operate child pornography and trafficking rings were abused as children.

Their pain and burdens don’t legitimize their wrongs. But they, too, have stories. And if we want to cut off exploitation at its source, we need to hold space to understand more of their stories and to find out how community may have failed them.

The Consumers are Broken

Here’s the catch: it’s not just Johns or the pornography addicts who consume the services that fuel human trafficking. It’s all of us. Slaves harvest our coffee and chocolate, our fruits and vegetables, our electronic devices and clothing because we’ve created a demand for cheap goods. We may not contribute directly to sex trafficking, but when we insist on shopping exclusively at rock-bottom prices, something has to get compromised along the way—and that “something” is usually somebody else’s freedom.

The Helpers are Broken

Through all of my social justice pursuits, from Canadian inner-cities to Cambodian villages, from the desert of Mexico to metropolitan California, much of the brokenness I’ve seen is in the faces of those who help. Myself included.

As helpers, we convince ourselves it’s noble to give help and it’s weak to receive it. So, we spend our lives trying to rescue others to deflect away our own inadequacies and helplessness.

But failing to address our own hurting has both an inflammatory and reproductive effect: it worsens our pain while damaging our relationships with our families, our colleagues and the people we’re trying to help.

The truth is, we’re all broken. We’re broken by addictions. Broken by unhealthy and abusive relationships. Broken by loss and an unresolved past. Broken by mistakes, tormenting regrets and unanswered prayers.

When we stop dichotomizing and start identifying with the soul of another, regardless of their circumstances, we’ve laid the first brick in rebuilding community and redeeming our brokenness.

If we truly want to end human trafficking, we can’t treat it as if it were an isolated issue without looking more deeply at its causal factors. If the flooring in your house is rotting, putting linoleum or carpet over it won’t stop the rotting. If you’re ill, taking painkillers may numb the pain but it doesn’t solve the root issues.

With all the hype and sensationalism of human trafficking the last few years, we’ve often been distracted from the heart of the problem. The real problem is that we’re all broken. But the good news is that we have a savior who redeems brokenness and who calls us to join His work of redemption in our communities. 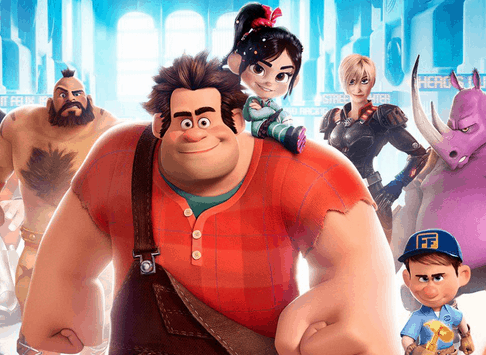 A Sequel to ‘Wreck-It Ralph’ Is in the Works 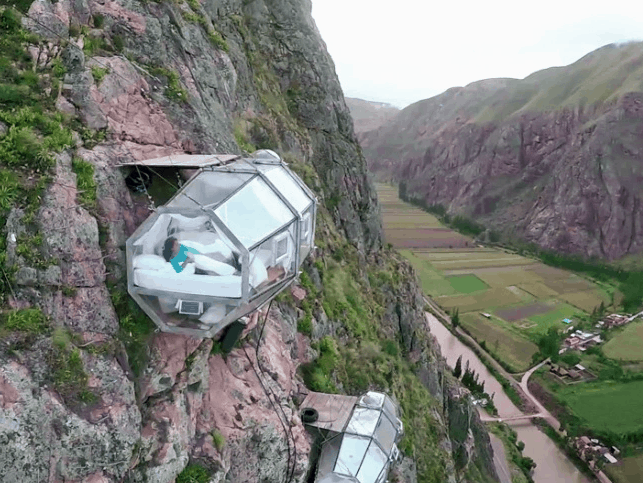 These ‘Skylodge Adventure Suites’ Look Both Terrifying and Amazing