The recent molestation allegations against Josh Duggar, a member of a large Christian family made famous by the reality TV show 19 Kids and Counting, has sparked outrage and new conversations about the proper way to handle situations involving the sexual abuse of young children.

The controversy led TLC to pull the show off the air and advertisers to drop their support of the show. It spurred an ongoing online debate about what exactly happened, the crimes outlined in several police reports and what the family should have done about them. Josh issued a (somewhat ambiguous) apology and stepped down from his job at a conservative political group. His parents recently sat down for an interview with Fox News, and have faced even more criticism for providing answers that seem inconsistent with other reports.

But, perhaps more important than the conversation about the specific situation, the Duggar controversy has brought to light issues of abuse (especially abuse within the home), and how Christians and churches should respond to both victims and perpetrators of abuse.

We talked to Boz Tchividjian—the founder and executive director of GRACE (Godly Response to Abuse in the Christian Environment) and a former prosecutor who teaches law at Liberty University—about how Christians should respond to abuse, the importance of putting victims first and what the church is learning about abuse.

We’ve been hearing about the issue of sibling abuse lately because of the Duggar situation. How should Christians handle issues of abuse?

First and foremost, it’s important for parents to not ignore the suspected abuse. Sometimes the thought is almost too much to comprehend, so it’s easier to just assume the best and hope it’s not happening—and that’s a big mistake.

The best thing parents can do is address the situation head-on. I would encourage parents to speak to a qualified child psychologist in their area. Then I always recommend that when it doubt, always contact law enforcement. This is not a situation you can take a guess on and make an assumption on—because if you’re wrong, the gravity of the harm is too significant.

There are going to be certain situations where it’s very clear that it’s abusive. When a parent learns one of their children is sexually abusing another one of their children or any other child, it is absolutely paramount that the first thing they do is contact the authorities. That’s not an easy call to make, but it’s critical that we contact the authorities for a number of reasons: Number one, it’s a crime. And if you’re a Christian parent, Scripture tells us to obey the God-ordained civil authorities. If that behavior is a crime, whether it’s committed by your child or somebody else, you need to report it to the authorities.

Reporting it to the authorities will also show that child who is perpetrating the abuse the seriousness and gravity of their behavior, which is really critical. It probably provides the best opportunity for that young perpetrator to get substanative help. There are some studies today that show that of all categories of sex offenders, the category of sex offender that has the greatest likelihood of receiving treatment that actually works are the younger juvenile offenders.

I think especially as Christian parents, we’re called to love and serve the most vulnerable among us, and one of our children who has been sexually victimized is the most vulnerable one in the household, and we need to take immediate steps to care for that child.

How can churches react to these sorts of things in healthy ways?

The Church in general can demonstrate support of the family by reiterating and reinforcing what I’ve just shared.

And again, not to ignore the situation, not to minimize it, not to marginalize it. But to say, “This is a big deal and we need to deal with it head on. We will be there, right next to you to support you along the way. But you have to respond to this appropriately because the lives of little ones are at stake. And Jesus cares about the little ones.”

As Christians, how do we walk that line of justice, but also grace in these situations?

Reunification should only come after a significant period of time and only after the victim’s treatment team are OK with it. Hopefully, as soon as parents understand what’s going on, they’re going to get the qualified professional help for their minor child who’s been victimized.

And that help will continue, perhaps even for years, because processing and dealing with abuse often is a lifetime process. And only when the victim, first and foremost, without being manipulated, is supportive of reunification, and those who are treating the offender are supportive of it, can that reunification even be considered.

I think, a lot of times, we want to rush this process along—and you can’t do that. Reunification is important, but it’s not the end goal. The end goal is safety for the victim and healing for the victim. If that cannot be guaranteed through reunification, then it shouldn’t happen.

There are consequences, obviously, to criminal behavior, even if the offender is 14, 15 or 16. But [reconciliation] is certainly one of the objectives. As a parent of children, I would certainly want my children at some point in time to be reunified.

It’s not a simple topic, and I think a lot of people want to just simplify it, especially when we’re talking about abuse within the home. It’s not that simple. The simple aspect of this is—and I think this is really important for the Christian community to understand—that the sexual abuse of a child is a crime, regardless of where it happens and who perpetrates it. It’s never a mistake. It’s never sort of “a thing teenagers do.” It’s a crime.

How does the Gospel play into all this?

I can’t tell you the thousands of cases I’ve prosecuted, inside and outside of the home, how often the focus was on helping the perpetrator and turning backs on victims. Often, in Christian communities, that was the belief that this was the godly response to this.

Well, I’ve encountered those victims 10, 15, 20 years later. And it’s a tragedy, because they don’t want anything to do with Jesus. And I understand it. Because the very ones who professed and represented Jesus turned their backs on them to care for and spend all of their time and resources on the very ones that eviscerated their lives through abuse.

We simply need to understand that Gospel and apply it to all situations of life, and this is no different. But so often, what I find is that we give grace to the offender and apply law to the victims, when in fact we need to be applying grace to the victims and, if anything, law to perpetrators, and trusting that God will use that law to hopefully transform the heart and soul and life of even the offender.

5 Things to Do While You Wait on God 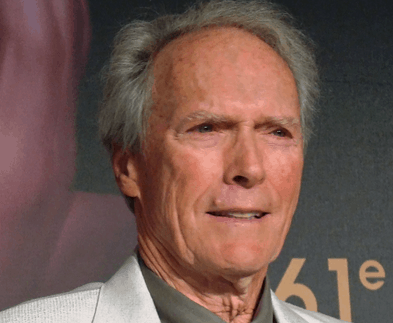