The Islamic State is one of the most brutal terrorist groups in recent memory. The group has displaced millions of people in the Middle East, helped organize killings in North Africa and recruited members from all over the world.

Johnnie Moore is a Hollywood executive and spokesperson for religious freedom. He is currently focused on the crisis in Iraq and Syria, and with his new book, Defying ISIS, he hopes to inform and encourage people to help provide assistance to displaced Christians and religious minorities in Iraq and Syria through the Cradle Fund.

We talked to Moore about the situation in the Middle East, what we in the West can do and what ISIS really wants.

Can you give an update on what’s going on with ISIS and what you’re seeing happening in the Middle East?

As much as the propaganda is coming out and people are seeing videos of people being beheaded and there’s news all the time, the situation is actually worse than we’re seeing. More people are being killed than people realize, ISIS controls more land than people understand, ISIS is growing more quickly than our government is willing to admit or the media even knows to tell.

The thing I’ve been really concerned about is absolutely in the front lines and the center of this conflict are Christians, ancient Christian communities that have thrived in the Middle East for thousands of years. We’re literally witnessing the eradication of these great Christian populations.

How can we in the Western world respond to these things? What can we do?

There are a few things all of us can do. First one is, we just need to be up to date on what’s happening. This is a digital war being fought in the digital age. You used to have to go to Afghanistan to a training camp to get trained to become a terrorist. Now people are sitting in front of their computer screen in suburban America hearing these people teach them how to do these awful things in their local language. So if they can so easily communicate their message through technology, then we ought to be able to easily educate ourselves.

Follow people on Twitter that are up to date on these things. I wrote the book so that people can know what’s happening on the front line. Read newspapers from the region, read online the European newspapers and news outlets, like France 24 and BBC News and Al Jazeera to educate yourself.

Number two, the UN says that it is the worst humanitarian crisis of our time. So we need to be providing great amounts of assistance. I don’t care what organization you do it with, just do it with some organization. As a Christian, I’m a part of the rich church in the West, but I would have no Christianity in the West if it wasn’t for the Christians in the East. We need to do what the Church of Antioch did in the first century when the church of Jerusalem was in trouble. The rich church provided humanitarian assistance to the church that was in need—in that case, in a famine.

Number three, we need to raise our voices. We need to put unrelenting pressure on people of influence, of government, and other places to do more. We need to commit our own digital war against ISIS and defy ISIS by telling the stories of these people they aim to kill.

And finally, now is the time to pray like never before. This isn’t the time for occasionally praying for the persecuted church. Every single day, every time we go to pray, we need to be praying for these people. There is a very specific prayer we can pray: Paul wrote the church of Thessalonica he said, “Pray that we might be delivered from wicked and evil men.” And that’s what we need to do.

I would actually add one other thing we need to do: Now is the time like never before for Christians and Muslims to move together hand in hand. It is insane when Christian think that all Muslims believe this radical ideology, that is insane. Just like it’s insane for jihadists to think that all Christians are crusaders.

If you have a Muslim community in your city, now is the time to lavish them in the love of Jesus Christ. Just to serve them, do it with a pure heart. Now is the time to show how the best of faith can defeat the worst of religion. Because the fact is, these maniacs are equal opportunity serial killers. They’ve killed more Muslims than they have Christians, and we have to lock hands, go arm and arm and combat this together.

What brings so many people and unifies them in a single mind to do something that is so horrific?

The first thing that you have to understand is that ISIS isn’t a homogenous organization. ISIS has members from 90 different countries. You can’t put them all in one bucket. ISIS is a combination of groups of people.

At the top you have idealogues. These are religious zealots with an apocalyptic theology. They represent a very small group of Muslims, but they believe that they are part of this holy war. To the West it’s not a holy war, but to them is absolutely is a holy war.

Then, in the center of ISIS, you have former Saddam Hussein bathists, disenfranchised generals. They’re not that religious, they just didn’t find a place in society, so they’re joining this movement to try to gain control again.

Then, at the bottom of ISIS, you have a combination of theologically-driven jihadists, and then just gang members and criminals.

In terms of what causes the atrocities, here’s one thing we have to understand: If you’re part of that small group that believes in this apocalyptic worldview, you might not agree with all of ISIS’s tactics—you might not like the beheading and that sort of thing—but you absolutely agree with the prophecy of the caliphate. If you believe in this prophecy, you feel compelled to go join this movement. So these are incredibly deceived people that are traveling over to join a movement that now controls one piece of land larger than the U.K. between Iraq and Syria and is exercising control over the northeast of Nigeria, almost all of Libya, large portions of Somalia, bits of Egypt.

As Christians, we need to pray for these people. We need to ask that the veil is taken off of their eyes and that they see the truth because their religious ideology is pulling into an increasing level of brutality.

What do the people at the top see as the end goal?

They believe that there will be an end of the world type of battle in a city called Dabiq. Now, that’s sort of the big picture, that which by the way they named their magazine, Dabiq, after that city in Syria where they believe all of this is going to happen.

A lot of people say ISIS isn’t targeting Christians, but the front page of Dabiq in October was St. Peter’s square with an ISIS flag up top the obelisk. Every single speech and written communication that [ISIS leader Abu Bakr] al-Baghdadi has given says they’re going to march all the way to Rome, but that’s kind of the big picture.

Most people don’t think they’re going to be a part of that. Most members of ISIS just literally go to the battlefield every day willing to die. This is why they’re so difficult for so many of the world powers to defeat.

This region is so complicated. We can’t get our brain around all of this stuff, so that’s why I’ve been really focused on telling the stories of these Christians that are so inspiring and willing to die for what most of us aren’t willing to live for.

And by the way a Christian martyr is different than a Muslim martyr as a member of ISIS, because a Christian martyr is willing to die for a faith that they already have received. They don’t believe they can get anything else from Jesus. He has forgiven their sins, He has given them new life. They’re doing it because they love and believe in Jesus.

These members of ISIS that embrace this ideology are are willing to die so that they can get the security for their soul, it’s the only way of guaranteeing it—and that’s a major major difference.

Let’s keep especially praying for the women and the children, the worst atrocities against women and children on planet earth are happening right now. The ISIS price on the slave market lists the women and girls, by age and by religion. And right now, a 1 to 9-year-old Christian or Yazidi girl costs $170. One of those Yadizi girls escaped and she got to a refugee camp last week, she had been raped by 10 men and she came back pregnant. 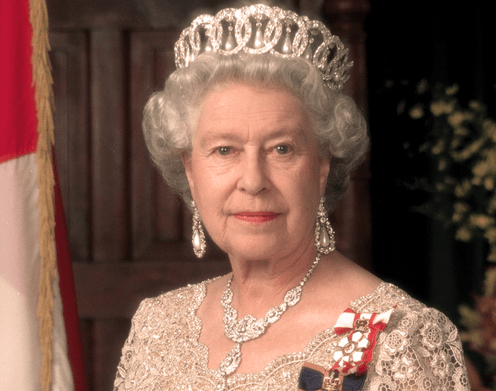 The Queen is No Longer One of the U.K.’s 300 Richest People 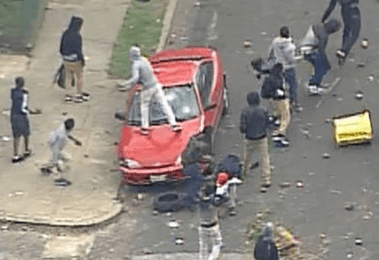 Riots Have Broken Out in Baltimore