Should you sponsor a child? Donate your old clothes? Get involved with activism? Go on a church service trip?

With all of the options to get involved in the fight against poverty, sometimes it’s hard to know what’s best to do, let alone know whether or not what you’re doing is actually helping.

But fighting poverty can come in ordinary ways, in counter-intuitive ways, and in counter-cultural ways. Here are four ways you can fulfill your calling to care for the least of these that you may not have thought about before.

Change the Way You Talk About Poverty.

In the materialistic society we live in today, it’s easy to talk about poverty purely in terms of a lack of material things. But those who live on less than two dollars a day describe it differently. President of HOPE International Peter Greer says that, to them, poverty is an empty heart, a lack of hope, isolation, severed relationships and not knowing God. Poverty is a brokenness that penetrates every layer of life. Material deficiency is only one piece of the problem.

If we train ourselves to talk about poverty in terms of broken relationships—personal, societal and spiritual—instead of making it just about what things people don’t have, it changes the way we interact with the poor because it means we have all experienced poverty.

Respect the Dignity of the Poor.

When I was in college, I went on a mission trip to the Dominican Republic to volunteer at a women’s social work site in an impoverished village. I asked the site leader, Daisy, who was a local herself, if I could give the young girls some of my old clothes and jewelry that I brought from home. She said, “Yes, but make them pay five pesos. They all have five pesos to spare.”

Even though five Dominican pesos is only equivalent to 12 cents in the U.S., asking the girls for money sounded cruel to me. I asked her why.

She explained that volunteers come and go from the village year-round, and the girls are used to getting free stuff, but “they appreciate more what they pay for.”

When the girls came by later that day, I announced that I was selling clothes and jewelry for five pesos apiece. After much excited screaming and jumping, they sprinted down the dirt road back to their homes and returned with a few pesos to go shopping.

I watched as each girl proudly handed me her pesos and pointed to the bracelet or shirt she wanted to buy. No longer did the girls see my donations as my old stuff that I didn’t want anymore, but as a prize they were privileged to own. It was as if—if even for a moment—they had forgotten the extremity of their own material poverty.

No human being wants to feel like a charity case. Charging a small amount for a donation respects the dignity of the receiver.

Of course there is a time and a place to give things away for free, especially in crisis situations, but use good discernment to know when donations need to be given freely and when they are robbing the receivers of their dignity.

Do Your Job Well.

You don’t have to work for an NGO to fight poverty in your work.

Our vocation is one of the primary ways we respond to Christ’s call to serve others and love our neighbors. This means many of us might already fight poverty in our daily work, however ordinary, without even realizing it.

If you’re a barista, you’re brewing coffee bought from farmers in third-world countries. If you work in telecommunications, you contribute to an industry that provides cell-phone access in impoverished nations. If you work on an oil field, you’re providing fuel that keeps someone warm at night. If you work in recruiting, you can connect someone to a job they desperately need.

One way to fight poverty is to prayerfully discern your calling and then do it well. Though it’s not always obvious how you’re helping the poor in your work, we should all think about our vocation as a means to serve others and love our neighbors, locally and globally.

Ethical shopping is one simple way to love your global neighbor in your day-to-day life. Most consumers who want to do good with their purchases opt for buying fairly traded products, but the fair trade certification doesn’t help third-world farmers and manufacturers as much as you might think. Research suggests it might even hurt them.

Take coffee for example. Surprisingly, most of the extra money you pay for fair trade doesn’t even get to the growers. One recent study in the Journal of Business Ethics found that less than 12 percent of the premium we pay for fair trade coffee actually reaches them.

And sometimes fair trade can hurt the people it intends to help. Research from Ecological Economics shows that Nicaraguan fair trade farmers were in a worse economic position after 10 years than non-fair trade farmers, largely due to the hefty entrance fees and compliance costs required to join the cooperative.

So instead of buying fair trade, what should you buy? Dr. Victor Claar, professor of economics at Henderson State University in Arkansas says you should just buy the coffee you like best. Why? Claar says, “Producers of the highest-quality coffees can charge a premium price because their coffee is that good.”

Instead of fair trade, he says free trade does more to lift nations out of poverty: “The fairest trade of all is trade that is genuinely free—free from the harm to the global poor that well-intentioned rich Northerners like us can sometimes bring.”

The next time you buy coffee or tea, you can skip the fair trade and still have confidence you are helping a farmer in need.

Elise Amyx is a Writer and Student Outreach Manager at the Institute for Faith, Work, and Economics in McLean, Virginia. Her articles have been published in Real Clear Religion, The Detroit News, and The Gospel Coalition. Follow Elise on Twitter @eliseamyx. 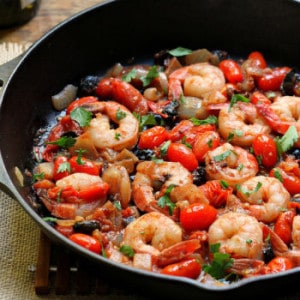 Horrific Guardian Report Says We Get Our Shrimp From Human Slaves