For many teenagers raised in the church, going overseas is sort of a rite of passage—a “Global Perspective” you achieve like a challenge in a video game.

For me, that challenge was in Japan. I made a few friends over there, but none closer than a boy about my age named Ken, who was positively giddy about the idea of freedom. He said the word “freedom” like a magic spell, and told me of the ways he felt trapped in his own native country.

“When I go back,” I told him when we said our goodbyes, “I’ll tell people your story.”

They Already Have a Voice

I was too young then to grasp the importance of what Ken had told me, but recent events have brought it to my mind again. As hashtag activism has gone from an Internet oddity to a full-on force for change, we have become enamored with what what we either call “being a voice for the voiceless” or “giving a voice to the voiceless.”

And this has often been helpful. Be it war in Africa, slavery in India, terrorism in the Middle East or even discrimination in the United States, Twitter users have made waves by empathizing with the oppressed and suffering. When news of an atrocity breaks the news, we rush to our social media platforms to sound the gong of injustice, and set our hashtags from stun to kill.

The sort of righteous anger we feel when we hear about injustices is a good thing. Bringing these issues to the world’s attention is often the first step in the right direction. There are people out there who are hurting. They need help. They need to be rescued.

But, in reality, they don’t need a voice. Not most of them. They have a voice. What they need is for more people to really listen. They need people to carry their cries further than they can.

Being a Voice for the Voiceless

Sharing our opinion on an issue isn’t necessarily a bad thing, but sometimes, when we are trying to be a voice for those who are suffering, we end up speaking over them, shouting our own view without first really stopping to listen to their experiences.

Think to the NFL’s Ray Rice debacle, a mess if there ever was one. I, like any right-thinking person, was appalled at what certainly appears to be, at best, horrid mismanagement and, at worst, gross deceit and a calloused attitude towards domestic violence.

Social media was taking aim at the NFL, so I was all too eager to join in and cry foul. But a funny thing happened when I signed on to Twitter.

I started seeing stories of women who had come from abusive relationships. Women explaining #whyIstayed, and sharing their heartbreak, their pain and—for many of them—their newfound freedom.

I realized that my voice was not necessary in this particular story. People were already telling their stories, and their stories came from a place of honesty and vulnerability and had the ability to create true impact. They were the real story.

What I needed to do was listen, learn and amplify their stories instead of my own.

When Your Voice Isn’t Needed

When our hearts are sensitive to pain and injustice, we have a tendency to charge in. It’s easy to assume we’ve got the basic layout of the problem. Whether it’s sex trafficking or racism, it’s easy to assume we understand what the victims are going through.

That zeal is good, but it often takes the place of real listening. Instead of presumptuously firing our voice off into the Internet’s ether, desperately seeking to be seen as a champion for justice, take a moment to listen. Offer your ear instead of your voice. For a moment, be a student instead of a cheerleader.

As Proverbs 18:13 tells us, “If one gives an answer before he hears, it is his folly and shame.”

That’s not to say you shouldn’t ever speak out: Your voice is important. But it is not always the voice that is needed.

The Least of These

Jesus’ parable about giving the seat of honor away at the table is an interesting one. It’s often interpreted as being about humility, and it is, but humility is a tricky thing. It doesn’t always look like you think it will.

Sometimes, it means putting your best intentions aside so that others can take the spotlight.

Sometimes that means investing your energies in giving a platform to the marginalized instead of taking the platform yourself.

Sometimes that just means learning more before you start speaking out.

Eventually, Ken came to America and he did get to tell his story—and he told it better than I ever could have. 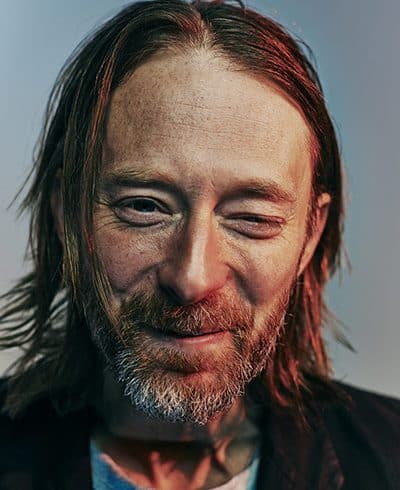