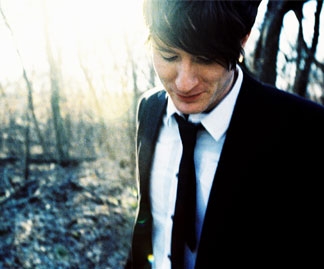 The Irony of "Community" Colleges

Adam Young, the one-man band behind Owl City, started making music on a whim and ended up creating a huge buzz on the Internet. So huge, in fact, that the Minnesota songwriter attracted the interest of Universal Records. Young talked to RELEVANT about the role of the Internet, his plans for the future and his outspoken faith.

How did you get started writing and recording?

I started making music out of boredom. I wrote and recorded a bunch of electronica songs in my parent’s gross, moldy basement a couple years ago, put them on the Internet and here we are! It’s unbelievable how things have progressed from what they were initially, and I could never be as thankful for being in this position as I should be. Life is grand.

You sing a line (on “Tidal Wave”) about you “found a new hope from above.” What do you mean by that? A spiritual reference?

Definitely. I cling dearly to the hope and joy that is found in Jesus Christ. My faith is a big part of who I am and why I make music. All I have belongs to Him.

I heard a quote recently that fear and stress come out of being too inward. As someone who’s found great success via the Internet, do you think the Internet make us too insular?

Yeah, certainly in some ways. The Internet has been a “way out” for a lot of kids, me included. It allows us to avoid awkward situations, life scenarios, etc. Things our parents had to stand up and face. It makes me sad how the Internet has, in some respects, stolen a lot of imagination and creativity from kids growing up today. At the same time, things like Facebook can be wonderful things.

Interesting that nearly every song is poppy and upbeat, which is cool. What are some ways you add “life” to a song in your writing?

I drink a can of carbonated cactus oil soda right before adding some extra life to a song.

You’re from a small town in Minnesota, how did you get major label attention? I didn’t think anyone in music ever visited up there.

I have no idea how the label found me. I owe it all to the Internet. Haha. Oh, the irony!

What plans do you have for the next year, music and life?

I plan on waking up every day at around noon, them I’m gonna lay out by the pool, order some Chinese food, play golf on my cell phone and get super sunburned.

Songs From the Real America