Picking favorites from the new shows premiering during the approaching fall television season is like playing the stock market. No one ever really knows which offerings are going to take off and which ones will tank until it happens. But I have to risk it—the prediction of which new television series will be worth your time, the total humiliation of being wrong when my picks only last four episodes or just turn out to be really stupid, the inevitability of your complete disagreement. Absolutely! Without the risk, the fun of watching on each premiere night is so one-dimensional.

In light of all of this, I’ve made a list: my best guesses of the best new shows this fall. The list includes prime-time offerings from Sunday through Thursday. I recommend you take Friday and Saturday evenings off from TV. You really won’t miss much.

As for all the other nights, let the list begin.

Jonah Hill has created this new series that will appear in the Fox Sunday animation block. He also provides the voice of title character, Allen Gregory DeLongpre, a 7-year-old home-schooled kid attending public school for the first time. I’m not normally a fan of Fox’s brand of animation, but I’ll give this one a chance. Some (not all) of the home-schooled kids I have met have definitely proven the socially awkward stereotype of home-schooled kids, leading me to believe Allen Gregory has the potential to be downright hilarious.

Monday: Enlightened (Premieres October 10; 9:30 EST HBO)
Enlightened, created by Mike White (School of Rock, Freaks and Geeks and also Dawson’s Creek, but try not to hold that against him), brings viewers the story of Amy (Laura Dern), whose destructive behavior lands her in rehab. While there, Amy experiences a spiritual awakening that leaves her determined to change her life. Her mother (Diane Ladd), ex-husband (Luke Wilson) and boss (Tim Sharp) are less than convinced of Amy’s determination to change and less than enthused when she starts offering them advice. Now, I know “spiritual awakening” might mean almost anything, from Christianity to New Age to “I saw Jesus’ face on my French toast this morning.” I also know HBO will probably push the envelope in some ways further than I am willing to watch. Finally, I know every time I watch Enlightened it will cost me $4 on iTunes (the price I pay for not being cool enough to subscribe to HBO). Even knowing all that, I’m still curious to know where this show is going.

Zooey Deschanel—She of She & Him—stars in this new comedy about Jess (Deschanel), who moves in with three guys (Max Greenfield, Jake Johnson and Lamorne Morris) after catching her boyfriend cheating on her. The less-than-original premise is primarily being pitched on the strength of Zooey Deschanel’s quirky humor. So far, I think it might be working, but only time will tell how far quirky will carry the New Girl.

Wednesday: Up All Night (Premieres September 14; 10:00 EST NBC)
Up All Night stars Will Arnett and Christina Applegate as new parents struggling to fit their new roles as 24/7 caregivers for their baby together with their former life as a happy-go-lucky, “party all night” couple. We all know that’s going to be complicated, to say the least. The known comedic skills of Arnett and Applegate suggest Up All Night should be funny, too, but at this point all I can say for sure is it looks more relatable than Running Wilde. But hey … that’s something.

Revenge (Premieres September 21; 10:00 EST ABC)
If Up All Night isn’t your thing (or you have a DVR available to you), you might want to check out ABC’s Revenge, starring Emily VanCamp. I won’t lie. I had no interest whatsoever in this show until I learned it is a contemporary re-telling of the Alexandre Dumas classic, The Count of Monte Cristo. Knowing this, when I watch Revenge I will hope the redemptive themes of the original survive the adaptation.

If reputation means anything, Person of Interest should be one to watch. J.J. Abrams and Jonathan Nolan bring viewers the story of Finch (Michael Emerson), the billionaire creator of a government surveillance program that reveals the identities of people who will be involved in crimes, and Reese (Jim Caviezel), the former CIA agent he enlists to prevent these crimes. My only advice is this: Remember this is J.J. Abrams’ work. Tune in early and keep up. Otherwise, the odds are good you’ll be totally lost, and that gig’s over. Nobody will come back for you.

These are my picks of the new shows coming this fall. Did I miss anything? Be sure to let me know which new and returning shows you are most anticipating this fall. You never know … you might inspire me to write a column about one of them.

Rachel Decker writes a bi-weekly column about television for RELEVANT magazine. Check out her blog at http://racheldeckerspeaks.com/  Follow her on Twitter: @rdeckerspeaks. 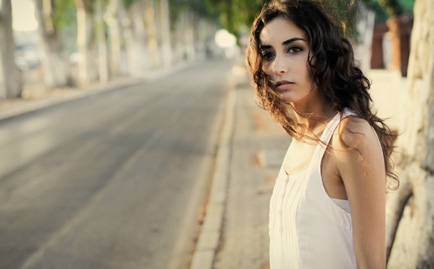 Signs You Need to Grow Up