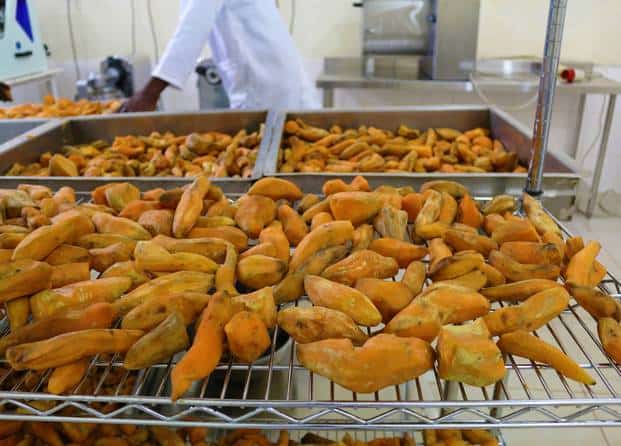 This year’s winners of the World Food Prize enriched a sweet potato that has the potential to save millions of lives in developing countries.

The four scientists, Maria Andrade, Robert Mwanga, Jan Low and Howard Bouis, biofortified the sweet potato so that it provides enough beta-carotene to prevent blindness in a child, according to a press release from the International Potato Center.

The World Food Prize is given to people who improve the quality and quantity of food available to people worldwide. It’s essentially the Nobel Prize of food.

According to the World Health Organization, between 250,000 and 500,000 children go blind from a vitamin A deficiency—which affects almost half the countries in the world—and almost half of the children who go blind die within a year.

The potato, unlike other foods that promise to save millions, is not genetically modified, and is just bred the conventional way to maximize the vitamin A.

Pakistan Is Pleading for Help Amidst Unprecedented Flooding

“The staple food crops targeted for biofortification are consumed regularly by populations in largely rural, remote areas in developing countries where micronutrient supplements and fortified foods are not adequately accessible or are deemed too costly,” Bouis told Mic.

Shailene Woodley Speaks Out After Being Released From Jail