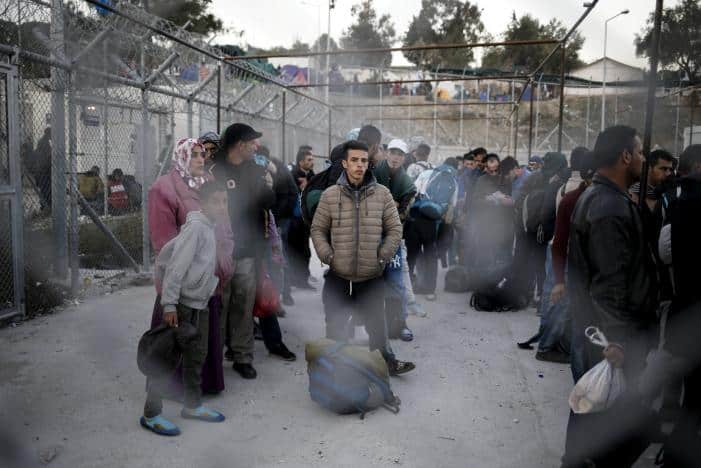 More than half a million people arrived in Europe last year after traveling perilous waters and reaching Greece by boat. To discourage people from continuing to make the journey the European Union and Turkey made an agreement to turn back Syrian refugees, according to reports.

Seven months later, refugee camps across Europe are overcrowding and refugees are left waiting in the middle of bureaucratic red tape and broken vetting systems.

For the agreement to be successful, European officials say refugees will have to be sent back to Turkey, even if they fled from Syria. Turkey was designated “a safe third country” in exchange for EU concessions, meaning they are required to accommodate the refugees returned to them.

But it’s not that simple.

Over 61,000 migrants are living in different parts of Greece and overcrowded camps have grown violent as delays prolong.

Greek officials say they’re overwhelmed and cannot speed up the process of evaluating refugee claims. European officials, however, refuse to provide more support without more effort from Greece to improve the systems it has in place to process refugees.

“Further efforts are urgently needed by the Greek administration to build a substantially increased and sustained capacity to return arriving migrants, which is considered to be the key deterrent factor for irregular migrants and smugglers,” the European Union Commission said in a progress report.

Reuters reports the camps are now holding three times as many people as they held when the deal was signed and with 2,500 more refugees arriving to Greece each month, unity in how to manage the influx across refugee camps and identify those seeking asylum is needed more than ever.

Moving on From Moral Failure Is Not Impossible