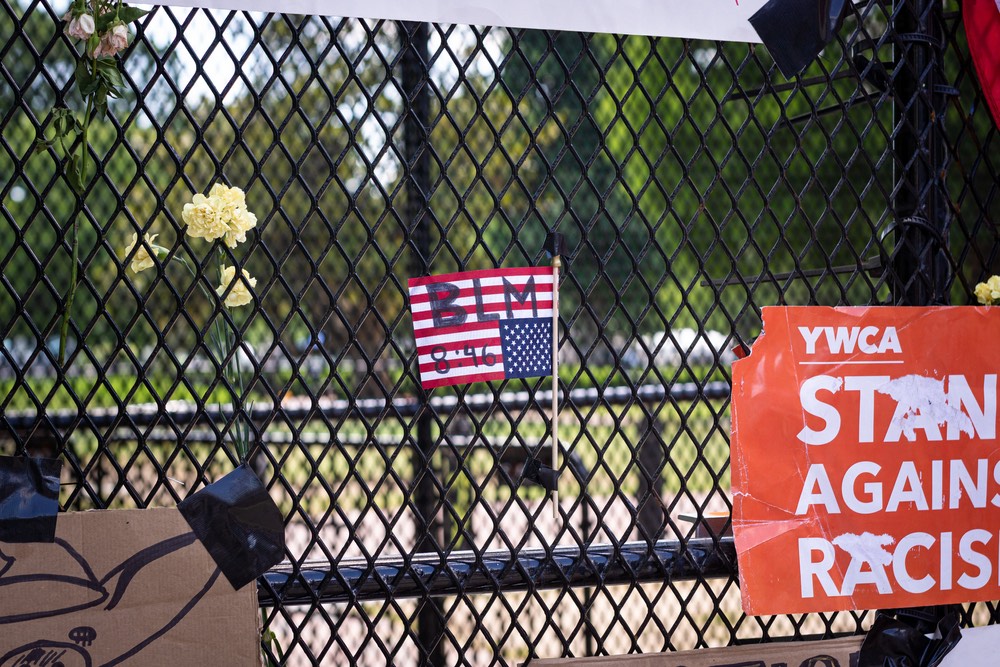 Historically, it often seemed like the American Church and the American Dream had a pretty cozy relationship. But if it wasn’t clear before, the events of the last few weeks have made it entirely undeniable that the promise of American equality and opportunity for all has not been fully extended to all of its citizens. This has forced a reckoning among the Church, as many white members find themselves questioning a lot of presuppositions about our identity as a nation.

D.L. Mayfield’s The Myth of the American Dream released before the death of George Floyd, but its uncomfortable questions feel prescient and potent for anyone looking into the systemic realities being addressed by protestors and activists in the streets. She sat down with RELEVANT to discuss the upside-down Kingdom of God and why she thinks Christians should be very skeptical of some core tenents of the American Dream.

This conversation has been edited for length and clarity.

So where did this idea for The Myth of the American Dream come from?
I was a pastor’s kid. I grew up immersed in that world. And in the book, I’m looking at four specific values that I think are way stronger in the average white evangelical’s life than we would care to admit: affluence, autonomy, safety and power.

I start with affluence, partly because it’s such a great way to introduce this idea of looking at systems instead of focusing only on individuals. I think that’s truly at the root of so much of this: evangelicals are trained to focus on the individual. Even our salvation is dependent on this individual sinner’s prayer. I don’t think I would even realize how much individualism has shaped my life until I became friends with people from other cultures who were much more collectivist. That’s when I started to be like, “Oh my gosh. Everything I have been taught, both by America and the Church has been all about the individual.”

For me, writing this book really was just a way of grappling with the fact that my church community did not give me an adequate framework for the common good. It taught me how to have a good life for myself and maybe for a few people who converted to be just like me but not to take care of the entire neighborhood or community. Which is weird because when you go back and look at the Hebrew scriptures, that’s what it’s all about.

We see that phrase a lot: “the common good.” It can be kind of hard to define.

Right. The common good is just the good of everyone in this society. But who gets to define that? You look at the Hebrew Scriptures and there’s this triad of the vulnerable that the prophets and Yahweh are really obsessed with: that’s the widow, the orphan and the foreigner. These three groups of people are mentioned over and over again and God’s always saying, “You need to look out for them. You need to protect them. You need to invite them into your society.”

So, these are three groups that did not get prioritized in those economic times. And God’s saying, “I actually want you to prioritize them.” Randy Woodley in particular says the Bible talks about this word shalom, which can also be another term we need to define. It’s not just a nice feeling of peace in our hearts. Shalom is actually this state where every single person is flourishing. That’s God’s ultimate dream for the world: every single person, even creation itself is be flourishing to its fullest potential as beings made in the image of God.

So how can we know if there is shalom in a community? How can we know if there’s flourishing? You look the most marginalized. If they’re doing good, you’re doing good. The whole society is doing good. That’s such a fascinating way of looking at it. I don’t think, as Americans, we’re trained to do that. We’re trained to look to the top. How are the business people doing? Are they doing OK? How’s the stock market doing? We aren’t trained to look at who God has been trying to tell us to look at. How are the people who are the farthest away from the seats of power, the farthest away from economic stability? How are they doing? And if they’re not doing well, then nobody’s doing well.

We’ve all heard that advice. Eat rice and beans, pay off all your debts. I’ve actually done that and it worked out pretty well for me. I have a lot of privilege going into my background. And the weird thing about that is because that advice worked for me, I then felt like I could judge other people. I could say, “I can’t believe they bought a Frappuccino” when instead I really need to be looking at this entire system that has only invested in certain communities from the beginning.

That ties into the myth of the American dream. Let’s go back all the way to the founding. Life, liberty and the pursuit of happiness for all, right? Well, not really. The only people that our Constitution originally protected were white, land-owning males. And if you could look at a Forbes list of most successful people alive today, you’d probably see it’s still mostly white, land-owning males. This is not an accident. This is how the system was designed to work. And I wish Christians were at the forefront of saying that. It seems like that should be our jam.

I think a lot of Christians — especially those of us who are part of the majority culture — don’t mind this talk in theory but get more and more nervous as it becomes clear that it has real repercussions for our day-to-day lives, materially and spiritually.

Right. It wasn’t a metaphor when Jesus said, “Blessed are the poor.” He’s saying there’s actually some blessings here. That is not how a lot of popular evangelical financial gurus would talk about the poor. Lots of people say, “The poor are poor because of the bad choices they’ve made.” Jesus is the opposite. Jesus says the poor have something here in God’s economy.

D.L. Mayfield’s The Myth of the American Dream is available now.