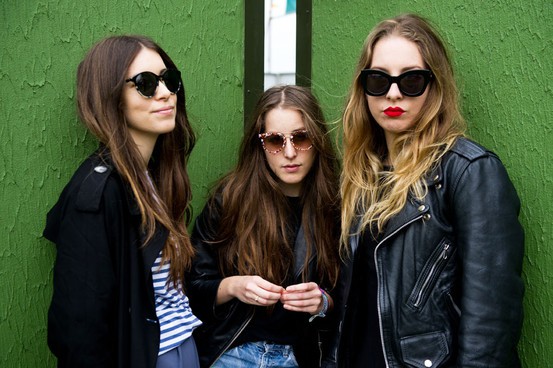 It’s both Hanukkah and the era of Alana Haim’s big acting debut in Paul Thomas Anderson’s excellent Licorice Pizza, and that means …well, it doesn’t necessarily have to mean anything. But Haim decided to celebrate the occasion with a new, updated cover of Adam Sandler’s beloved “Hanukkah Song,” which he first performed on Saturday Night Live‘s “Weekend Update” (next to the late, great Norm McDonald). Before we get to Haim’s cover, let’s revisit Sandler’s original masterpiece.

Well, it’s hard to improve on perfection, but the Haim sisters did at least add a few updated references that ought to help a new generation who know more about Schitt’s Creek than The Three Stooges, but still manages a tribute to Stephen Sondheim. And it even has a little surprise announcement at the very end. Not too shabby!

Sandler we love you pic.twitter.com/QGBAwqOZld

Sandler, ever the gentleman, tipped his cap to the new version. Given the success of 2019’s Uncut Gems, it sure seems like both he and the youngest Haim have graduated to prestige movies now. It’s time for a crossover.