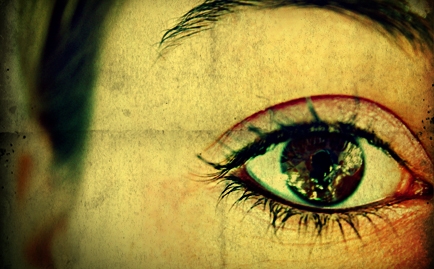 There is a frequent debate on the use of objectionable content in Christian art. The argument tends to go like this: “We need to protect our minds from gratuitous violence and sex” versus, “Art needs to be dangerous in order to be profound. One should not be judgmental of it.” Every once in a while there seems to be a new attack from one side or the other, but what is not commonly done is to try and figure out what violence in art is meant to do and if it is even effective in its work. I’m using the term “violence” in this article to describe a broad range of extreme material, including explicit sexuality and coarse language. Perhaps one could frame the debate on different grounds: instead of arguing whether it is moral to include violence in our art, let us first ask if it is original.

Walker Percy’s article “Notes for a Novel About the End of the World” is a short treatise on the specific challenges that Christian creativity faces in the modern world. Though Percy deals with novelists in this text, his question applies to Christian artists of all disciplines: How does one write, play, sing, film, choreograph or sculpt the radical message of the Gospel to a world that is profoundly bored with Christianity and religious questions in general?

“… He calls on every cunning, craft and guile he can muster from the darker regions of his soul. The fictional use of violence, shock, comedy, insult, the bizarre, are the everyday tools of his trade.”

When the world’s religious identity slumbers, you hit them in the face. Percy’s favorite example is Flannery O’Connor’s use of the image of a death by drowning to represent baptism. Because to the common American, baptism is “already accepted but accepted by and large as a minor tribal rite somewhat secondary in importance to taking the kids to see Santa Claus.” Violence acts as a sharpener to help an important message stand out from the common run of things. This sort of extreme content is actually beneficial in preaching the message of the Gospel to those lulled to sleep by the siren song of modernity, which tells us to eat, spend, consume, fornicate and get on with our fellows without offending anybody, and everything will be all right. When asked why she went to such extremes in her stories, O’Connor responded that when an audience does not hold the same beliefs as you do, "then you have to make your vision apparent by shock—to the hard of hearing, you shout and for the almost-blind, you draw large and startling figures.”

This provides us with an excellent definition for the role of violence in Christian art: violence is a tool that jolts complacent minds into a state of comprehension of religious themes. Of Mice And Men just wouldn’t have the same impact if Lennie didn’t accidentally kill his puppy, then Curley’s wife. Tolstoy wrote War and Peace, not “Peace and Peace.” For the Christian, violence is a tactic used to strike deep into the soul and bring people back to the foundations of humanity and morality.

But what happens when tactics stop working? What if there comes a time when violence is just not that shocking anymore? We don’t have to imagine it because that time, if ever, is now. Americans are fed on such a steady diet of extremity that we are no longer pushing the envelope—we are just sampling different flavors of irreverence. In the realm of cinema for example: there are fun, raunchy sex comedies (No Strings Attached), deep, independent dramas with uncomfortable sex scenes (Blue Valentine) and progressive dramedies with sexual dialogue (The Kids Are All Right). The same is true of physical violence. Not even Mel Gibson could top the latest string of “torture porn” films (Hostel, Saw 1-7), stylized Grindhouse flicks (Machete, Planet Terror, Death Proof, Sin City), and their more "high art" cousin: the Tarantino intellectual shoot-em-up (Inglorious Basterds). In March, Los Angeles will be leveled for the umpteenth time (Battle: Los Angeles) and the next epic romance will take place against a backdrop of global pandemic (Perfect Sense).

The question isn’t whether or not these films use violence responsibly. It is: How do you wake someone up to the madness of the human condition after sitting through Kill Bill and Bruno? One could argue any of these films use violence “well,” but it’s impossible to get away from the fact that everybody is doing it. Extreme content is a drop in the bucket these days, and it must escalate in order to break through the audience’s toughening skin. Once salt has lost its flavor, how can it become salty again?

So, What Should Christians Do?

Violence, once the weapon of the illumined artist to combat the forces of complacency, has become complacency itself. Like the tolerance a user builds against a drug, the modern media denizen is significantly less affected by extreme content than in Percy’s and O’Connor’s eras. They were writing in times when people’s moral codes were more fixed, and generally all of America subscribed to some definition of homogeneity. This is no longer the case. They needed to be shaken up by the Gospel; we need to be calmed down by it. The siren song of modernity has become a pair of headphones, blaring counterculture over a 3G connection.

The Lord spoke to Jonah in a storm, but he spoke to Elijah in a still, small voice. He used both violence and serenity to grasp the attention of His servants and tailored His messages to their situations. In like manner, Christian artists must take the pulse of their age and speak in a way people will hear them clearly. I will leave the question of just how to do this to artists themselves (all the while pointing enthusiastically to Makoto Fujimura’s “The Four Holy Gospels” illumination) and add a few thoughts.

Whatever should be done, it is clear the Christian artist faces a peculiar enemy today: the expanding boredom of the modern age, which has the power to wash out even the severest expressions, and violence is its latest casualty. It is the constant duty of the Christian artist to outwit this amoebic tendency to consume and excrete, to make retail of riches. She must forge new paths of expression and restore old ones. When the world builds for itself a Tower of Babel, then she must paint a pile of rubble, and then when it is knocked down and the peoples wander in the refuse, she must paint a glittering city with jasper walls and foundations of precious stone.