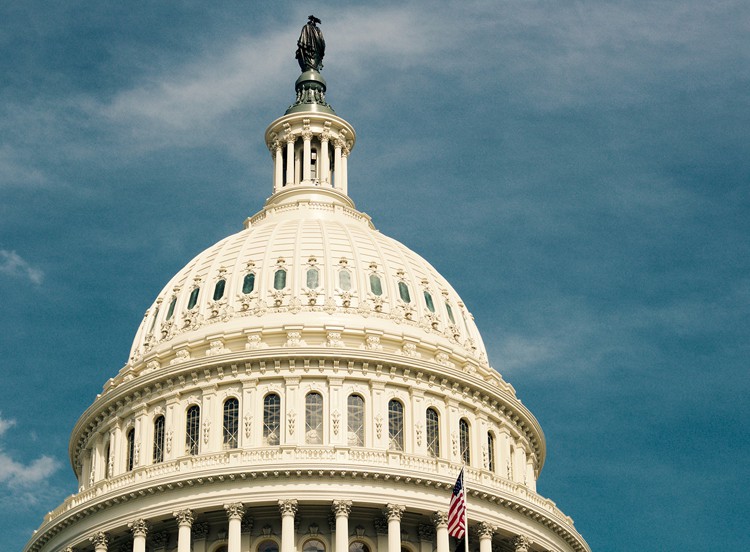 I grew up in a generation that didn’t vote. We collectively came to the conclusion that our voices would not matter. We knew that the things we cared about would not be addressed in the halls of power.

Sometime around 1985, when I was 12 years old, I watched the art community begin to change the minds of a generation. I saw art and music elevate conversations about justice and describe the societal problems that had been ignored.

I began to see a culture shift. It was true, what I would later be told by people like Os Guinness, Bono, Steve Garber: Culture happens upstream from government. And a culture of voices said, “I dare you to raise your voice and be counted. I challenge you to take that burning in your heart over the injustice or inhumanity you feel and direct it in the form of advocacy with such fervor that it cannot be ignored.”

And so we did.

We lowered the volume on the naysayers and the skeptics, and the political paralytics who kept saying that nothing ever changes. And in the early 2000s, things changed. As global poverty, in a once intimidating gesture, puffed up its chest and waved HIV/AIDS and Tuberculosis at us, we buckled, even feared for a season, and then we stood up and pushed back.

We stayed upright and threw a few punches of our own until legislation for things like Debt, AIDS, Trade for Africa (DATA), The Global Fund, President’s Emergency Plan for AIDS Relief (PEPFAR), the President’s Malaria Initiative, and Millennium Challenge Corporation achieved bipartisan support and grew to become formidable opponents against poverty, disease, and—more importantly—the idea that nothing changes.

This is a triumphant story. And maybe it is too triumphant given the amount of people whose lives have been lost in between the lines. For all the complexity and messiness of the world that floods into the global health conversation, what is true is that a generation came to see that we could lean into the political process to make (good) things happen.

My generation of non-voters all came out on the other side and found our way into the light, and today we find ourselves in a world where 19 million people are being sustained by antiretroviral drugs. We find ourselves in a world where AIDS is on its heels and losing traction. The global health bullies of disease and poverty have shown their weaknesses, and we are there to exploit them.

But now we have hit an obstacle. A new mountain has grown up out of the earth that we could not have predicted. Somehow the remnant of eye rollers, naysayers and skeptics have taken hold of the megaphone.

Yet they have not heard or experienced the empowerment and change happening around the world. They have not been by the well when the clean water comes out, or in the room when the dying mother awakens and rises back to health. They may have not heard the good news of how the United States has led the world in saving the lives of millions. And they still believe that nothing changes.

We can embrace the naysayer’s and the skeptic’s point of view and decide that what we have experienced in recent history was wrong. We can ignore the stories that we all have been a part of and deny the ready proof that shows where our investments in global aid have saved lives and affirmed dignity, or we can stand firm in what we know is true.

We have fought hard over the last two administrations, and the system we have come to trust as a means to affect change is neither fully broken nor deaf.

We can advocate for what we know is important for the world, for America, and for the wellbeing of humanity everywhere. We can support the bridges of healing, community, and restoration, however rickety they are, by thoughtful criticism and careful reform even as the loud voices continue to encourage us to burn those bridges down.

This is why I sign my name on lists and letters. This is why I walk into the offices of Senators, eat dry chicken in luncheons, and speak at events to champion the support of U.S. foreign assistance.

I know that there is a generation of passionate, thoughtful, resourceful young leaders who want to get their hands dirty in the crises of poverty and disease. I also know that they are distrusting of institutions and systems to the point that they would rather re-invent than re-invest. I cannot and won’t attempt to convince anyone that government foreign aid programs are functioning in the best interest of those who should receive the greatest benefit from their existence—the surounding distrust is not without merit.

But even the motivation to approach these programs with intentionality to begin changing the unintended consequences that may hurt local economies and strip dignity by perpetuating paternalism and over-reliance on aid comes through the advocacy of people like you and me.

I do hope that this coming generation of altruists and humanitarians can recognize the millions of reasons to raise their voices so that our representatives and leaders know that our nation isn’t great simply because of our accumulated riches and resources, but what makes America great is the ways those riches and resources are applied to the work of serving humanity, solving some of the problems of suffering, disease and poverty around the world.

I know that advocacy matters. I have seen it work, and I want you to experience what happens when we act on behalf of the poor and the marginalized worldwide with benevolence. We change the story, saving the lives of millions.

Next week, the Senate Appropriations committee will make important decisions regarding FY18 funding for foreign assistance in the International Affairs Account. Let your Senator know that you support full funding to fight global poverty and disease.

This story matters. Your voices matter.

Dan Haseltine is the singer of Jars of Clay and The Hawk in Paris and founder of Blood: Water Mission. Follow him on Twitter @scribblepotemus or visit him at danhaseltine.com