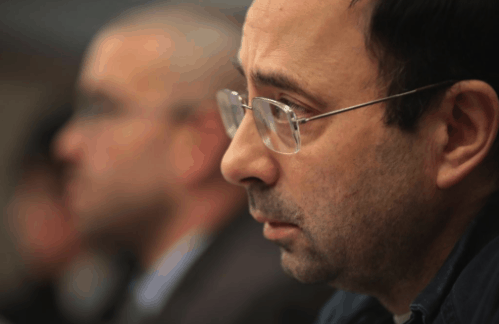 Judge Rosemarie Aqualina didn’t hold back when she handed convicted sexual abuser Larry Nassar a prison sentence of between 40 to 175 years: “I just signed your death warrant,” she said.

After seven days and more than 160 victim statements, Larry Nassar will spend the rest of his life in prison for the sexual abuse conviction. This sentence comes on top of 60 years he’s already received for the possession of child pornography.

Of the 160 statements, 154 came from victims themselves. Olympic gold medalist Aly Raisman told Nassar he is “nothing,” and McKayla Maroney delivered a statement through a representative. Jordyn Wieber also confronted Nassar. At one point Nassar said the testimonies and statements were “mental cruelty,” but Aqualina insisted the victims continue to come forward.

Aqualina added it was an “honor” and a “privilege” to sentence Nassar. “Your decision to assault was calculated, precise, devious, despicable. You played on everyone’s vulnerability.”

Nassar will first be eligible for parole in 2117—99 years from now.

Report: The Set of ‘Black Panther’ Was ‘Almost Like Church’ With Actors Sharing Their Testimonies

How One Sentence Saved My Faith