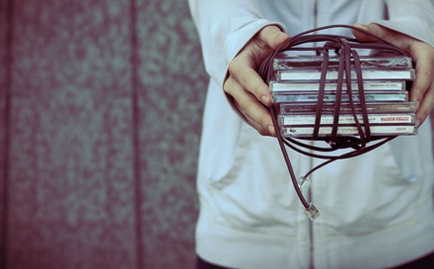 I don’t know when it began. The moment when Napster launched, maybe. Whenever it was, it set off a cultural ripple infecting the masses with an insatiable desire for more, faster and free. It’s called the free culture movement, and it advocates increased access to creative goods with no strings attached. Free culturalists believe that restricting access to cultural goods and creating processes designed to turn profits actually hinders creativity. They say restrictive laws such as copyrights serve as negative feedbacks, diminishing the creativity they are designed to promote.

The Internet has only made things worse … or better, depending on your perspective. International access to the Web is difficult to police and has revealed natural limits of protective laws. With the rise of peer-to-peer file sharing systems, it has never been easier to find and acquire whatever you desire without paying a shilling for it. Some claim this produces a society of pirates and thieves, while others say the real problem is the laws that restricted access to these things in the first place. Free culturalists crave the permission to freely use, enhance and develop creative goods in a world where remix is an art form.

Lawrence Lessig is regarded as the "father of the free culture movement" and author of Free Culture: The Nature and Future of Creativity. He responds to charges of so-called piracy by saying, "Just at the time digital technology could unleash an extraordinary range of commercial and noncommercial creativity, the law burdens this creativity with insanely complex and vague rules and with the threat of obscenely severe penalties." Lessig isn’t anti-capitalist or even anti-commercial. In his recent book, Remix: Making Art and Commerce Thrive in the Hybrid Economy, he argues that culture is best served by legal systems that balance commercialism and sharing. While the real crime in his mind is smothering creative collaboration, the answer is not killing commercialism.

Now more than ever, people are looking for more access to more stuff for less money and fewer stipulations. Everything must be recreated in a free culture. Those things you learned in freshman marketing class? Might want to reconsider some of it. Old business models are rendered useless. Best-selling authors are now expected to post regularly high-quality content on personal blogs, and many are now giving away free digital copies of their books for an initial period after the release. It seems new paradigms must be applied to music, art, literature and even religion.

The reality of the new paradigm

Media giant Apple has taken full advantage of free culture. On iTunes U, Apple offers free education. Through this open service, users can access thousands of free lectures from prestigious universities. And who can overlook the iPhone, Apple’s mobile-device-turned-obsession? One of its biggest selling points is the thousands of free apps available for download.

In the music world, Radiohead showed us that free culture could actually be a good thing. The famed British rock band released its seventh studio album In Rainbows in late 2007 as a free digital download. Patrons could offer to pay as much or as little as they wanted for the album. Forty percent of Americans opted to pay for the album, offering nearly $10 US on average. Had Radiohead opted for the traditional model, they would have earned around $1 US per album. In Rainbows debuted at No. 1 on the Billboard 200, going on to sell millions of copies and winning two Grammy Awards.

The typically behind Christian world has made a few attempts to adapt to the culture shift, and leading the way is publishers. Zondervan, a division of HarperCollins and one of the nation’s largest Christian publishers, has begun giving books away. Yes, that’s right. Giving them away. In 2009, several Zondervan titles such as Andrew Farley’s The Naked Gospel and Gary Thomas’ Pure Pleasure were available for a limited time as a free digital download. Both titles maintain strong Amazon rankings and have done well in the marketplace.

Fewer strides have been made in the Church world. Most church services still end with a traditional call for “His tithe and your offering,” which can be off-putting to a generation wants to give out of gratitude rather than guilt. In a free culture, the last thing you want to communicate is a pay-to-play model.

LifeChurch.tv in Oklahoma has certainly made strides to adapt. Their website offers free creative church resources, and they were among the first to offer an Internet campus where parishioners don’t even have to spend gas to join a worship service. Perhaps their most notable contribution is YouVersion, the wildly popular online bible available for mobile devices at no charge.

In New Jersey, Reformed Church of Highland Park opened up A Better World Café, a restaurant that supplanted the common pay system with an innovative pay-what-you-can model. Patrons of this ministerial venture can eat as much as they want and pay whatever they can afford. The nonprofit eatery attracts as many as 125 customers per day and utilizes mostly locally grown produce. The menu only offers “suggested prices,” and if patrons can’t afford to pay anything for their meal, they can volunteer at the café to cover it.

Some might think this movement is a negative cultural turn attempting to destabilize a social system that works fine. But these churches and organizations have simply recast their mission in the midst of this movement. Good or bad, free culture is our reality. It’s our world. Luckily, more than 2,000 years of history illustrate that the Christian way transcends cultural changes. Until my crystal ball arrives in the mail, I can’t predict what the future holds for the Christian world in light of free culture. But I’d pay to find out.

Jonathan Merritt is author of Green Like God: Unlocking the Divine Plan for Our Planet (2010). He blogs regularly at www.jonathanmerritt.com.