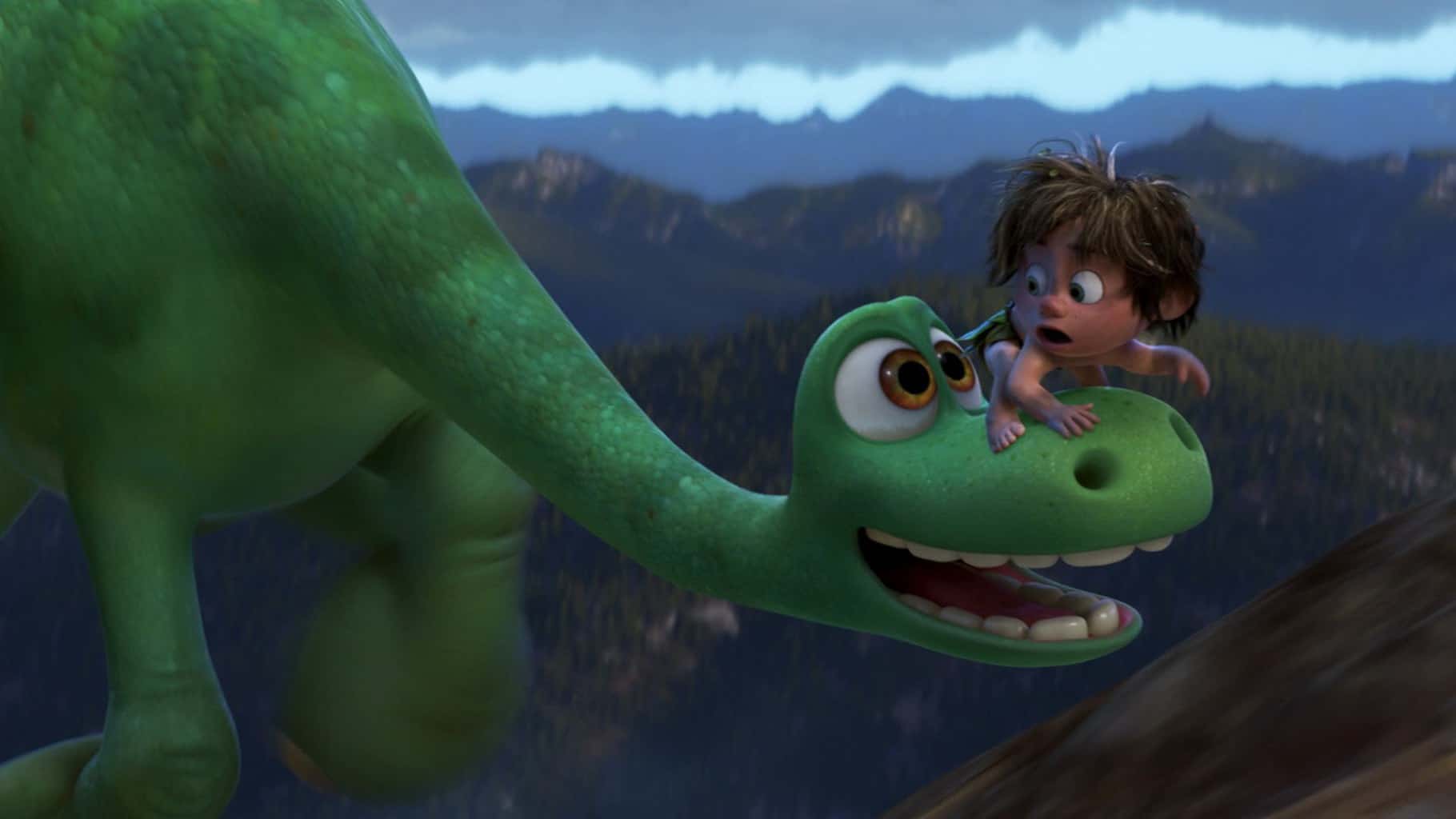 For many of us, Pixar movies represent a cornerstone of our childhoods. The studio has delivered masterpieces of animated entertainment for over 20 years now.

This weekend brings the latest of Pixar’s quirky, heartfelt blockbusters, Good Dinosaur, and chances are, many of us will be watching it in theaters, even if we don’t have kids.

Like every Pixar movie to date, Good Dinosaur marries stunning visuals with the power of good storytelling.

Good stories, of course, draw on familiar themes and story arcs that audiences connect with easily, even if they’re not necessarily the “target audience.” Good stories point to truths beyond the story itself.

Pixar movies touch our hearts precisely because they tap into deep truths.

As you may already know, Pixar’s movie catalog offers plenty of spiritual messages we can identify. Unfortunately, we can’t look at all of them. So here are four examples from recent films:

It’s the Pixar movie that started it all.

Woody is Andy’s favorite toy, which makes him the leader of the household toys at-large. So when Andy gets a new toy, Buzz Lightyear, Woody’s whole world is turned upside down. Over the course of the movie, Woody must learn to accept what it means to be a leader.

When Woody and Buzz get separated from everyone, including Andy, it’s up to Woody to coordinate the return. At first, his motivations are purely selfish: He needs Buzz to clear his name for causing the mess he started. But eventually, Woody realizes that he doesn’t need to be the favorite in order to be an effective leader.

The Bible has plenty to say about leadership, and it stacks up pretty well with what we see play out in Woody’s story.

In Philippians 2:3, the apostle Paul writes, “Do nothing from rivalry or conceit, but in humility count others more significant than yourselves.”

And Luke 22:26 says, “Rather, let the greatest among you become as the youngest, and the leader as one who serves.”

Of course, Woody applies this lesson in the end, and we see a full character shift for him. He’s laughing and getting along with everyone else, and he’s forged a strong bond with Buzz Lightyear, which demonstrates the level of humility you achieve when you embrace the true responsibility of leadership.

Being a Christian these days sometimes feels like having a secret identity. I live in a very agnostic part of America, for example, and talking openly about faith can feel intimidating.

Granted, we don’t have dangerous super powers (that I know of). But if you recall in The Incredibles, people who do possess powers are pressured by the world to hide their identities and become “normal.”

Normal isn’t enough for Bob Parr, AKA, Mr. Incredible. He tries the normal life and feels unfulfilled. He even acts out in secret because he feels stifled otherwise.

Ultimately, the superheroes of this movie learn that what makes them special isn’t something to walk away from.

We know we’re called to be in the world, not of it. So becoming “normal” shouldn’t be in the vocabulary of a believer. Instead, we should let what makes us special influence and shape who we are as people.

How’d it turn out for our heroes? Well, Violet, the young daughter, eventually learns to let her powers shine through her personality, and she gains the courage to talk openly with the guy she likes (a super power in and of itself). Dash is even granted the opportunity to use his powers competitively in track.

Now imagine what we can do when we show off our new identities in Christ with the people around us. ​

For a kids movie, WALL-E is pretty bleak, at least in the beginning. The story opens 800 years in the future, after humans have left Earth due to massive pollution. They’ve left everything behind, including a cleaning robot named WALL-E. The robot falls in love with another robot probe named EVE, and from there, the movie tells us their love story.

Even though EVE actively rejects him when they meet, WALL-E relentlessly pursues her. He leaves her messages and symbols of his love all throughout her daily life, but she doesn’t fully connect with WALL-E until she literally hits rock bottom during her attempts to find plant life on a barren wasteland.

Eventually, EVE is whisked away to another galaxy, but that doesn’t stop WALL-E from chasing after her.

When I first watched WALL-E, I couldn’t help but link the truth of unconditional love in WALL-E’s actions. WALL-E isn’t really a savior character, but his pursuit of EVE reflects how God illustrates His love for us, even when we don’t notice it. No matter how much we ignore Him, God finds ways to show His love for us.

Inside Out tells the story of a young girl named Riley, and it stars the (personified) emotions in her head. They make her decisions and use saved memories to influence Riley’s emotional state. Of the emotions, we get to know Joy, Sadness, Disgust, Fear and Anger. Joy calls the shots, but she has a hard time knowing what to do with Sadness.

Throughout the movie, it seems that Joy would love it if Sadness decided to leave forever. Joy doesn’t understand what place Sadness has in Riley’s life. But as you’ll see in the movie, Sadness does play an important role.

Similarly, joy can and should be a part of every Christian’s life, but the goal for Christians isn’t to seek life’s pleasures and happiness in perpetuity. That’s Hedonism. Instead, Christians should be action-oriented, and we experience a full spectrum of emotions in order to carry out God’s purpose in our lives.

For example, James 5:13 says, “Is anyone among you suffering? Let him pray. Is anyone cheerful? Let him praise.”

Notice the author doesn’t say to pretend your suffering doesn’t exist. He points out that for every emotion, there’s a call to effectively deal with that emotion. Going further, there are examples of God actually using sadness to enrich our lives, like in I Peter 5:10, where Paul says, “And after you have suffered a little while, the God of all grace, who has called you to His eternal glory in Christ, will Himself restore, confirm, strengthen and establish you.”

Inside Out shows the emotional roller coaster of someone going through puberty, obviously the most tumultuous example they could think of. But whatever circumstances we’re going through—and whatever we feel during them—God uses our low points to make us that much greater in His eyes.

Pixar movies might make unusual sermon illustrations, but just like with any piece of art, at the core, they hit on deep truths that can inform and challenge our faith. And they’re a lot of fun in the process.

The New $10 Bill Will Feature a Woman

Brian Williams Will Stay at NBC, but No Longer Host ‘Nightly News’