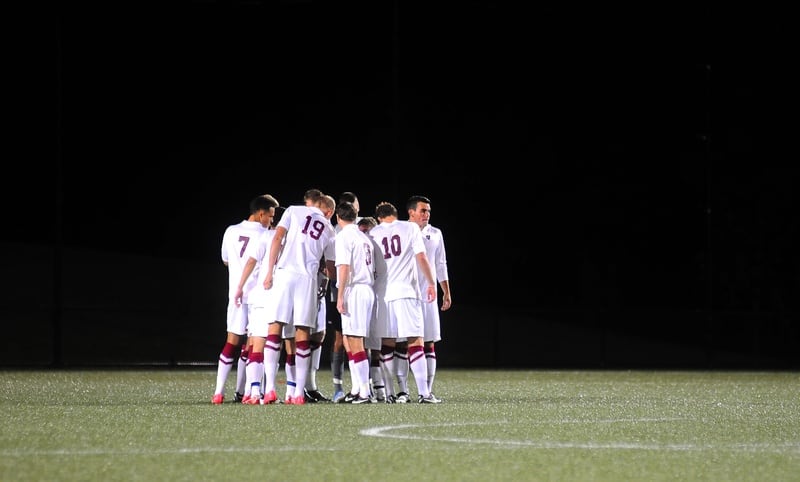 Harvard University’s men’s soccer team just had their season canceled because of their yearslong sexual comments about the women’s team, according to The Crimson.

Harvard’s Office of General Counsel produced a report this week after The Crimson reported on the men’s team producing a “scouting report” document that ranked the women based on their appearance and sexual appeal—a practice that has been happening since at least 2012.

Just days before the General Counsel found that the objectifying of the women’s team was a tradition, Harvard President Drew Faust said, “I want to ensure not only that such actions do not happen again, whether on men’s soccer or any other Harvard team, but also that all members of our community fully understand that such activities have never been, and never will be, acceptable at Harvard.”

As a direct result of what Harvard Athletics has learned, we have decided to cancel the remainder of the 2016 men’s soccer season … The team will forfeit its remaining games and will decline any opportunity to achieve an Ivy League championship or to participate in the NCAA Tournament this year.

Faust released a statement on the abrupt ending of the season:

The decision to cancel a season is serious and consequential, and reflects Harvard’s view that both the team’s behavior and the failure to be forthcoming when initially questioned are completely unacceptable, have no place at Harvard, and run counter to the mutual respect that is a core value of our community.

Some of the victims in this scandal—the women’s soccer team—penned an op-ed in The Crimson, writing in part:

Does the Media Really Have an Anti-Christian Agenda?

In all, we do not pity ourselves, nor do we ache most because of the personal nature of this attack. More than anything, we are frustrated that this is a reality that all women have faced in the past and will continue to face throughout their lives. We feel hopeless because men who are supposed to be our brothers degrade us like this. We are appalled that female athletes who are told to feel empowered and proud of their abilities are so regularly reduced to a physical appearance. …

We have seen the “scouting report” in its entirety. We know the fullest extent of its contents: the descriptions of our bodies, the numbers we were each assigned, and the comparison to each other and recruits in classes before us. This document attempts to pit us against one another, as if the judgment of a few men is sufficient to determine our worth. But, men, we know better than that. Eighteen years of soccer taught us that. Eighteen years—as successful, powerful, and undeniably brilliant female athletes – taught us that. …

“Locker room talk” is not an excuse because this is not limited to athletic teams. The whole world is the locker room. Yet in it we feel blessed to know many men who do not and would never participate in this behavior out of respect for us—out of respect for women. To them we are grateful, and with them we strive to share a mutual respect through our own actions and words. …

Finally, to the men of Harvard Soccer and any future men who may lay claim to our bodies and choose to objectify us as sexual objects, in the words of one of us, we say together: “I can offer you my forgiveness, which is—and forever will be—the only part of me that you can ever claim as yours.”

World Series MVP Ben Zobrist: ‘We All Need Grace. We All Need Christ’