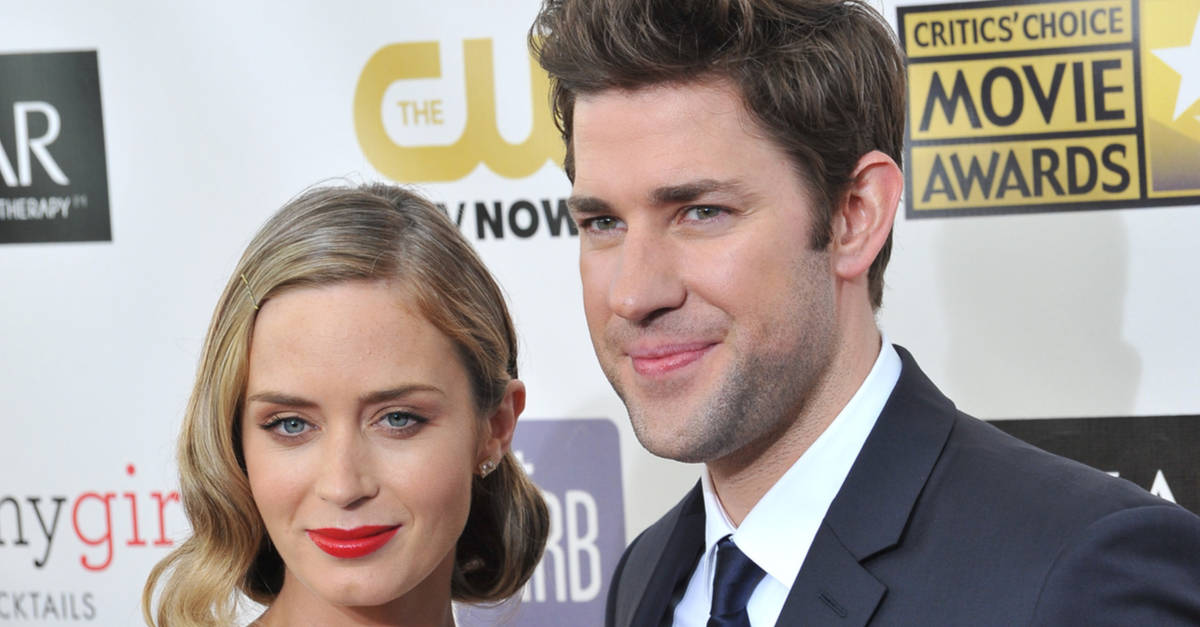 In a recent interview with Playboy magazine, John Krasinski opened up about the #MeToo movement and his discussions about it with his wife, Emily Blunt (the two star together in the new thriller, A Quiet Place).

“I’m lucky enough to be surrounded by incredible friends and family who keep me on track and don’t let me spin out into my own universe for too long—namely, and most important, my wife,” he told the magazine, explaining he asked his wife about her experiences with harassment while the women’s movement was at its apex. (h/t E! Online)

We definitely had the conversation once it blew up to the level that it did. I felt terrible and borderline embarrassed that I hadn’t asked her about it. I was like, ‘Have you ever had a bad experience?’ This is a much bigger movement than just sexual harassment. Sexual harassment is the by-product of a system that failed women a long time ago. The sexual-harassment stuff is the disgusting by-product that is shaking people up and making people awake, but I hope we don’t stop there. I hope we have 50 percent women in the workplace in power positions. I think it’s a conversation about power more than anything else.

Krasinski was asked if he had advice for his male colleagues in positions of power: “If you’re a male CEO and you don’t harass people, don’t pat yourself on the back. Get other people to be more like you.”

Facebook Has Informed Babylon Bee That It Is Publishing ‘False’ News