I awoke this morning with a heavy heart, still grieving from last week’s violence. My news feed might have moved on, but the towns of Dayton, El Paso, and Gilroy are still reeling.

To the families mourning their loved ones today, I mourn with you. I weep with you. To the mothers and fathers of the victims, their sisters and husbands, their daughters and sons, I stand with you. I stand in solidarity with the oppressed. With the scared. With the scarred. I denounce white nationalism. I denounce the actions of the gunmen who have lived out their belief that violence was the best way forward.

Let us pause to consider the lives that were lost. The potential futures that were cut down. The rage that took these lives long before their time.

As evil and unthinkable as these actions are, we must come to terms with a horrible truth: these young men thought that a gun would give them what they wanted. These killers thought that the voice of a gun was the only voice left. It is a hopeless act: take the lives of strangers, kill innocent men and women.

What led these young men to believe that violence was the best way forward? That dialog was no longer an option? How did we get here?

The rhetoric of derision in these Divided States of America resembles the trenches of World War I. The grey zone of conversation is no man’s land, a dead forsaken place where nothing can grow. Conversation and conversion has eroded away. Dialog is at a stalemate. Hatred is equated with passion. Refusing to listen to opposing views is seen as faithfulness. Or strength. The loudest, least tolerant voice wins.

Terrorist networks aim to destroy the middle ground. Through public acts of violence and intimidation, they hope to force tolerant people of all faiths to choose a side. We VS they. Black VS white. They wanted to create a binary existence which would make it impossible to be compassionate and accepting of the other side.

Here’s an unfortunate truth: none of us know when we’re wrong until afterward. We think that we know the truth but we are all blind to our ignorance. Unaware of our own blind spots, we can’t know what we don’t know until we are educated about our ignorance. All of us: you, me, and even the murderous young men with the guns—we all think we’re choosing a logical, acceptable way forward. Until we learn otherwise, we truly think we are right. And without discourse, our ignorance remains.

Rather than shine a spotlight on the violence and bullets that silenced so many, let us celebrate the heroes who boldly walk out into no man’s land to keep the conversation going.

I’m reminded of my friend Larycia Hawkins, a Christian woman who chose to stand in solidarity with the Islamic community when her home state initiated one of the first anti-Sharia laws. Instead of responding in fear, she chose the embrace of love. Even loving those who disagreed with her.

I’m reminded of my friend and hero, John M. Perkins, a man who was arrested and tortured by the police for an economic boycott in 1969. Somehow he found a compassionate embrace even for the white men who beat him nearly to death. Perkins’ vision was broad. He saw that racism not only brought damage and deprivation to the black community but also bondage white community. “There is no reconciliation until you recognize the dignity of the other, until you see their view,” he said. “You have to enter into the pain of the people. You’ve got to feel their need.”

Even today, Perkins is committed to dreaming of ways to embrace no man’s land, loving even his enemies.

We are not always rational beings. When we encounter an idea that threatens our worldview, our logical, rational brain shuts off and we go into fight or flight. Psychologists say that this mode of self-protection is similar to the protective reflex we feel when we encounter a threatening situation.

It’s an unfortunate tic. When we encounter a truth that might challenge our worldview, we respond as if we’ve seen a bear in the woods at night. I’m sure you’ve had these conversations before, talking with a loved one or a co-worker where the obvious facts of the situation do not seem to penetrate. If it feels as if you are talking to an irrational person who refuses to listen to the truth, it’s because you are. The conversation is no longer rational, it’s become emotional. Fight or flight.

These are fearful times, where cycles of pain spin round and round, gaining speed and momentum. But there is another way. The words of a marginalized, oppressed prophet who was lynched 2000 years ago are ringing in your ears: Love your enemies, bless the ones who curse you, and do good to the ones who hate you.

One of my favorite stories of bravery in no man’s land was told to me by my brother in law, David Dark. It’s the story of Reverend James Lawson, a man who helped organize the sit-ins in “whites only” sections of southern restaurants in the ’60s. Of course, these non-violent protests were often met with aggression. On one occasion, a man with a motorcycle jacket began to kick a few of the protesters. As Lawson approached him the man spit in his face along with a racial slur.

At this point in the story, the possibility of conversation seems hopeless. What can be done to reach out across such hatred? But James Lawson refused to back down, calmly asking his aggressor if he could have a handkerchief. The man in the motorcycle jacket was so caught off guard that he handed it over without thinking twice. Then, as Lawson began to wipe this other man’s spit off of his own face, he casually asked if the motorcycle outside belonged to him. “Yes, that’s my motorcycle.”

Lawson had found some common ground. Gradually, the conversation moved from horsepower to civil rights. A few moments later, the man in the motorcycle jacket was asking Lawson if he could help him with the sit-ins. Remarkable.

How do you respond so beautifully in the face of such ugly hatred? When asked, James Lawson replied, “You have to keep in your mind an imagery of infinite possibility.”

Love is so much harder than hatred. It’s messy. It’s uncomfortable. It takes time and intentionality. And it doesn’t often get elected. But love continues the dialog when logic fails. A gun can bring silence, but only compassion can bring transformation. Violence can destroy your enemies, but only love can turn a foe into a friend.

What is your aim? To silence your opponents and vanquish their worldview? To humiliate the ones you disagree with? Or rather to elevate their thinking. Silencing the voices that you disagree with is itself a form of violence. It will not bring any lasting peace into the future. Your neighbor needs you. And you need your neighbor. Who knows? Love might change both of us along the way.

The only future we have is our future together. My future, is your future, is my daughter’s future. Who will reach out to keep the conversation going? Who will befriend the next armed gunman before he acts? Who will show him that the voice of the gun is a poor way to communicate. The gun can silence the conversation, but love alone can end these cycles of violence. The only way forward is together.

We hear the stories of mass shootings with heavy hearts. But my friends, do not let these gunshots silence your voice. Please lift up your voice. Speak the truth. Continue the dialog with the imagery of infinite possibility in your minds. Let us be reminded by Toni Morrison to embrace today: “There is no time for despair, no place for self-pity, no need for silence, no room for fear. We speak, we write, we do language. That is how civilizations heal.” 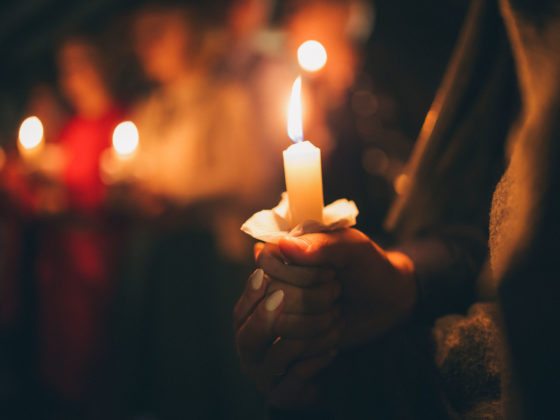 No, God Is Not Using Mass Shootings to Punish the USA for Prayerless Schools 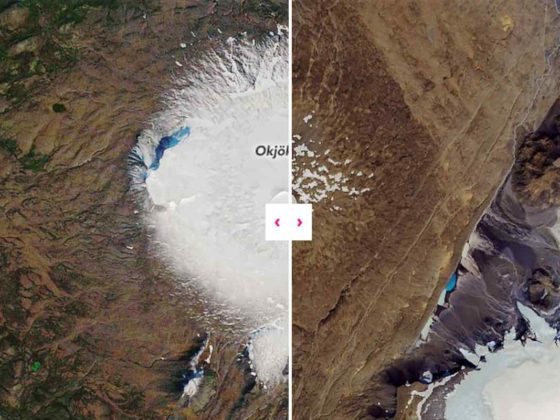