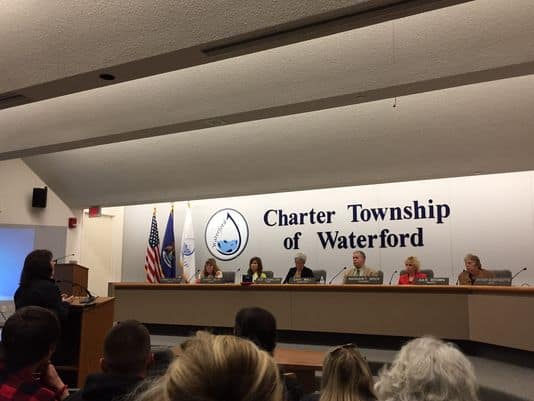 Waterford Township, a community of approximately 73,000 people in Michigan, has passed a resolution to prevent more refugees from resettling into their local community.

The measure requests that the federal government doesn’t resettle any refugees including those from Syria until the program has been reformed.

Detroit News notes that the vote may be pointless because the federal government has jurisdiction over refugee placement. But a bill in the U.S. House of Representatives would give communities the choice to opt out.

In effect, the move filed by the city’s Board of Trustees is more symbolic than anything else.

Another resident Scott Hancock condemned the township’s action. “I’ve lived here my entire life. I’ve never been embarrassed to be a Waterford citizen until I saw this resolution,” he said.

“That doesn’t really line up the greatest values of our nation as well as of our community. I’m not sure why we can’t have a resolution that can be both welcoming and secure at the same time for the safety of its people,” Nagle said.

The United States has accepted 745,000 refugees since September 11, 2001. Out of this resettlement, only two Iraqi men in Kentucky have been arrested on terrorist charges.