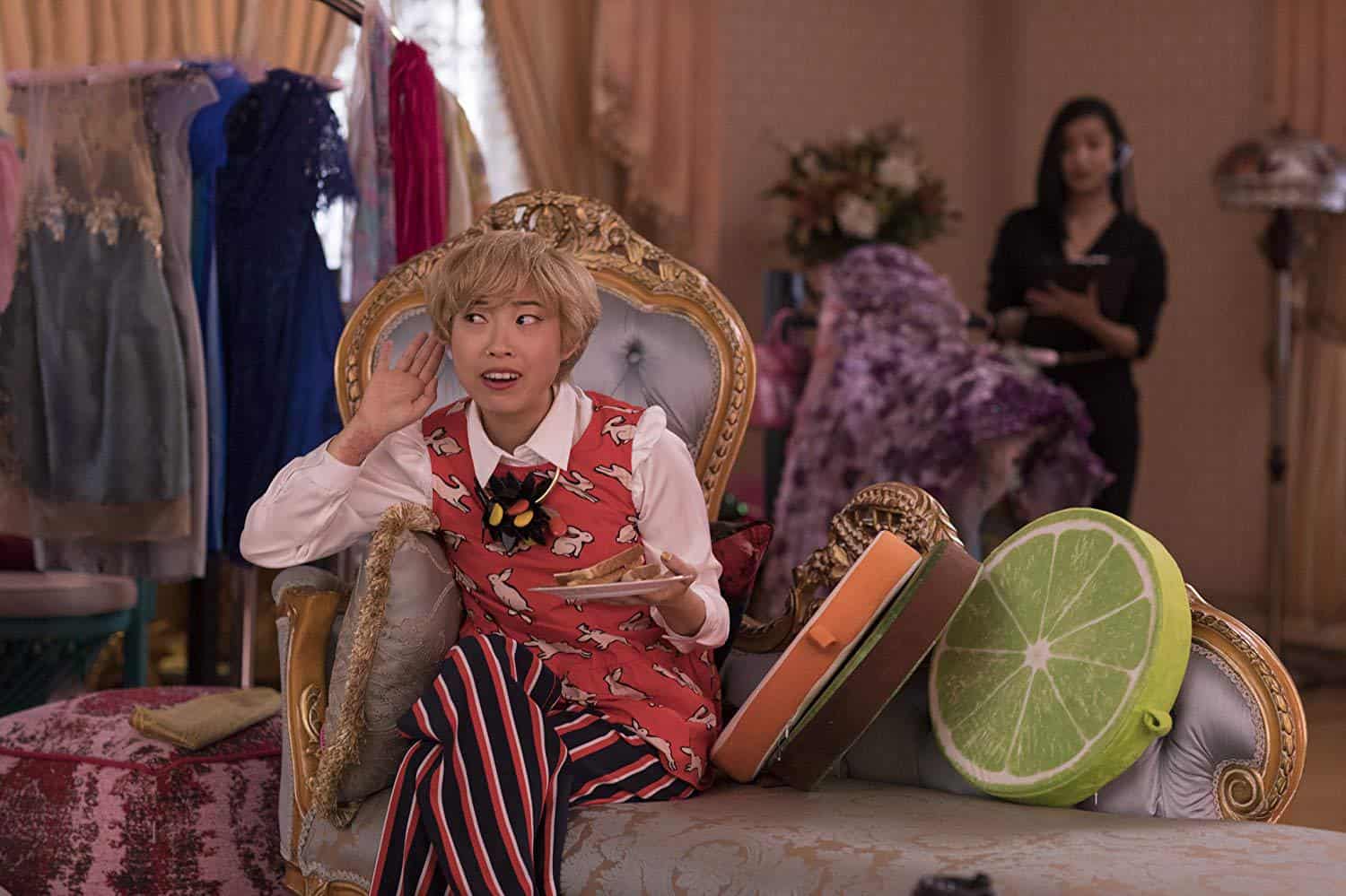 We’re watching one of the great Cinderella runs in Hollywood history right now. Crazy Rich Asians is George Mason reaching the Final Four. It’s Butler facing Duke in the NCAA final. It’s Leicester City winning the Premier League. What this movie’s doing right now is odds-defying and unprecedented. And it might have the power to change the way we make movies.

This weekend, Crazy Rich Asians topped the domestic box office for the third weekend in a row, earning $22 million. That’s an impressive number for any third weekend, but what’s notable about Crazy Rich Asians is its week-to-week decline. Most Hollywood movies dip about 50 percent week to week in terms of their earnings, meaning they see about half the audience they did the week before. Crazy Rich Asians, however, is having a historically low decline.

On its opening weekend, Asians made about $26 million. Its second weekend, it turned in a stunning $24 million for a drop-off of only 6 percent, unheard of in the romantic comedy genre. Dipping only to $22 million on its third weekend means another scant decline of 10 percent. These are legs like we’ve never seen in the modern era. Crazy Rich Asians has made $116 million. That’s more than Trainwreck or Girls’ Trip or You’ve Got Mail. By Tuesday morning, it will make enough money to sit among the Top 20 Highest Grossing Earners of All Time in the romantic comedy genre. It won’t stop there.

Barring a complete reversal from what we’ve seen so far, Crazy Rich Asians could finish its theatrical run grossing anywhere between $150 million and $200 million, placing it firmly among the genre’s 10 highest-grossing earners ever. It would surpass movies like Sweet Home Alabama and Knocked Up and perhaps topple movies like The Proposal or, if it can clear $178 million, Pretty Woman. A $200 million take would place Crazy Rich Asians as the second-highest grossing romantic comedy of all time, behind only My Big Fat Greek Wedding’s historic $241 million earning.

The reasons why this is important are probably intuitive, but perhaps extend further than expected: Of course, for a movie starring an all-Asian cast to do this well is powerful in an industry that still struggles with white-washing Asian roles. For years, Hollywood has assigned white actors to Asian roles beneath the ugly guise of “marketability,” but the success of Crazy Rich Asians renders that word impotent.

What’s more, Crazy Rich Asians has the potential to urge Hollywood to create more diverse stories from the ground up. This matters. It’s one thing to cast John Cho in a movie like Searching, a tech-centric thriller which in theory could happen to anyone, but it’s another thing to see an Asian cast inside a story like Crazy Rich Asians, which deals specifically with themes around the immigrant experience, Asian class politics, Asian family dynamics and the cultural distinctions between Asians and Asian-Americans. It’s the difference between seeing Michael B. Jordan as the Human Torch in Fantastic Four and Michael B. Jordan as Killmonger in Black Panther. In the latter movie, his casting is essential to the movie’s story and ideas. In the former, his casting is a welcome step toward representation, but doesn’t pertain to the movie’s messaging.

The Hollywood Reporter released a story weeks ago about the journey Crazy Rich Asians took to theaters. The filmmakers had the chance to put it out on Netflix for money that would have allowed them to “move to an island and never work another day,” according to Kevin Kwan, the author of the book upon which the movie is based. Even with all that cash staring at them, they declined, saying it was important for the movie to be seen in theaters.

Of course, their decision ended up working out in terms of the finances, but that’s not the point. The point is that from the beginning Crazy Rich Asians was on a mission to change representation in Hollywood, and thanks to a popular response unlike anything the movies have seen in recent history, it might not only change representation, it can set romantic comedies back on a smarter and better path than they stumbling down in the past five years, when Crazy Stupid Love and Easy A gave way to bad Step Up sequels and indie fare that was okay, but not culture-grabbing.

Don’t dismiss this as a great moment for Asian-Americans or Asians in Hollywood. It’s a great moment for popular culture and a great moment for movies. Crazy Rich Asians has already done well enough to make waves in a system that was begging for its boats to be rocked, but it has the potential to do so well as to make its influence undeniable. Maybe that’s overestimating the powers that be in entertainment, but one of the happiest mistakes of this year was how we all underestimated this movie. Crazy Rich Asians is the underdog story of the year, and it’s long-term victory looks more assured every day. Sometimes it pays to be crazy.

Here’s the Trailer for ‘Same God’ About the Dr. Larycia Hawkins/Wheaton Controversy

CJ Casciotta: ‘The Key to Success Might Be to Get Weird’