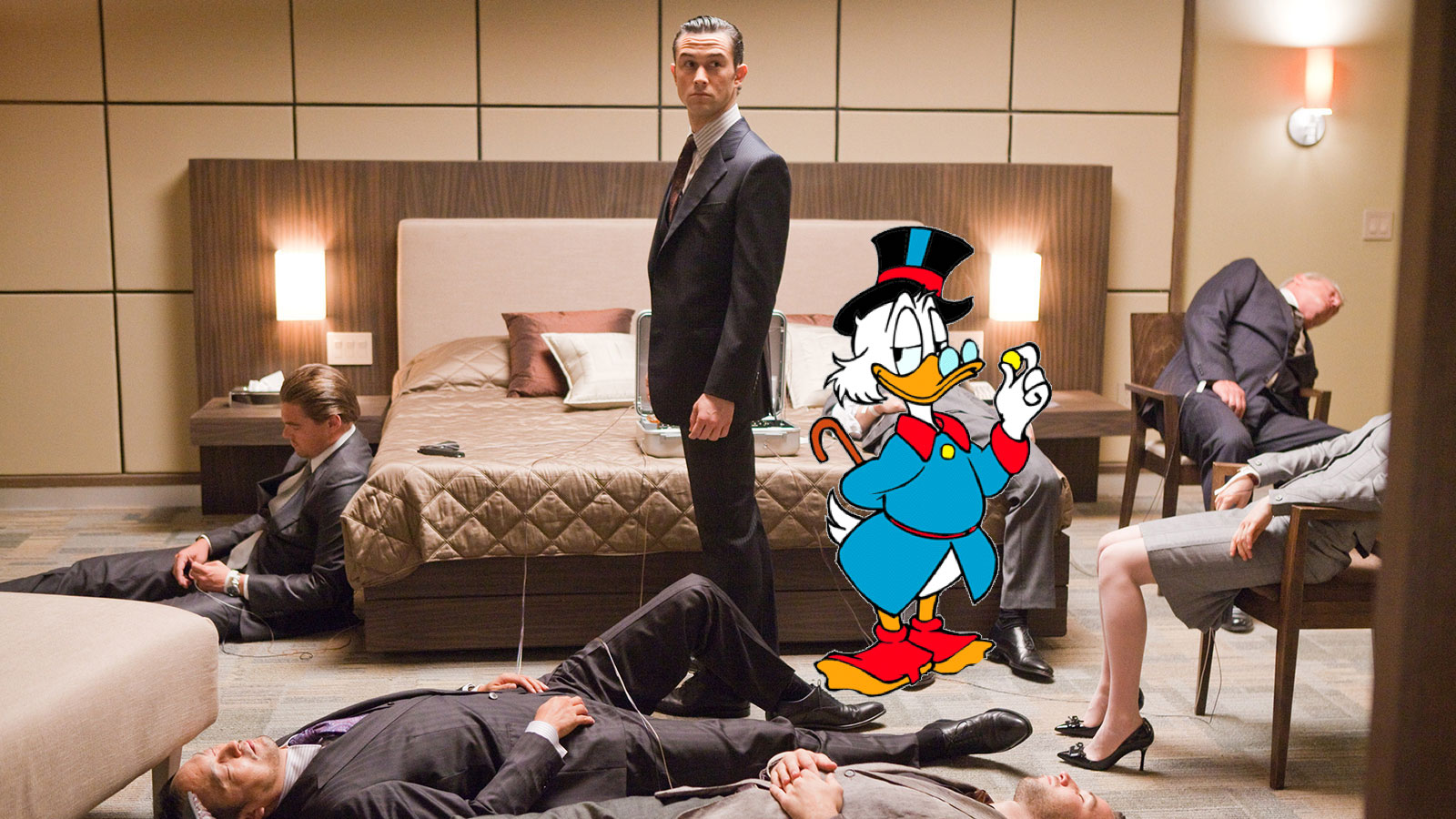 America is awash in DuckTales nostalgia because pop culture is an ouroboros that will not be satiated until it’s devoured itself.

The show is being rebooted over at Disney with Doctor Who alum David Tennant providing the vocal duties of America’s number one gold coin diving waterfowl.

You’ll be able to watch it later this year if that’s your bag but in the meantime, let’s go back to a simpler time—when DuckTales was just a comic … a comic that sure looks like the inspirational source material for Christopher Nolan’s Inception.

Comic Book Movie has a pretty thorough breakdown of the similarities between Inception and the comic, but you don’t need a Vox explainer to parse this one yourself.

The dastardly Beagle Boys have rigged some sort of contraption together to hack into Scrooge McDuck’s dreams and get the combination to his vault door.

Now as AV Club points out, the comic is from 2002 and Nolan reportedly first turned in a treatment for Inception in 2001 so who even knows if the top is still spinning now or not.