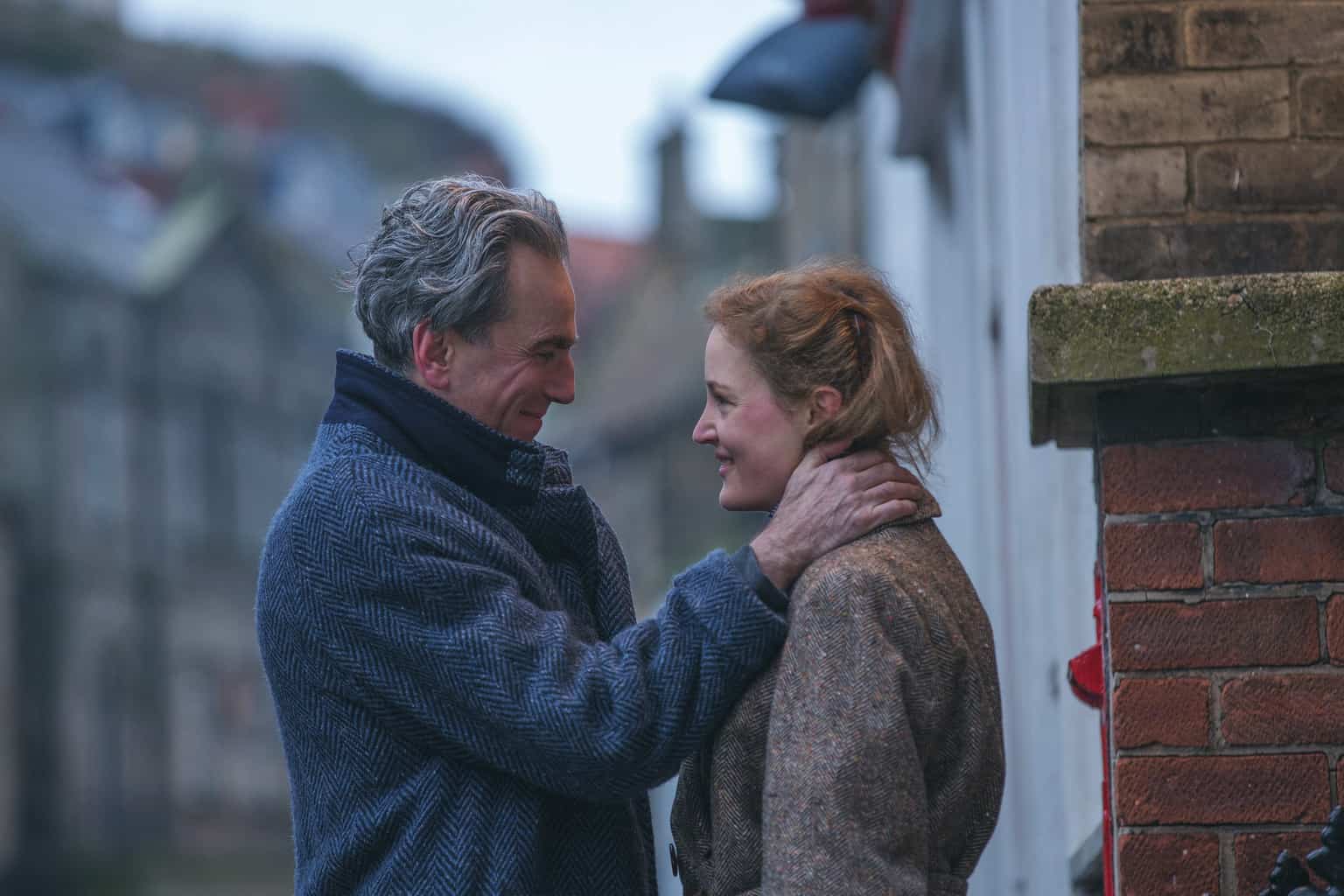 Phantom Thread isn’t like most love stories made for the big screen. Most of today’s romantic dramas use extravagant emotion and intricate plot to sell the idea of an improbably entertaining couple navigating the mysteries of love. Phantom Thread, an elaborate historical drama with frequent beats of wit from director Paul Thomas Anderson, does more to sell the viewer on the importance of relationship over fundamental passion.

In fact, Phantom Thread focuses squarely on how the most challenging aspects of relationships—the tedious power struggles, chilling uncertainty and familial interferences—can be woven together into a love story that is believably passionate, exciting and, perhaps controversially, successful.

The film centers around Reynolds Woodcock (Daniel Day-Lewis), a fashion designer living in 1950s London, whose obsessive work routine has brought him enough fame to sew dresses for the royal family and enough wealth to live a lavish lifestyle engineered around his every trivial whim.

At this point, most films would acknowledge Reynolds to be knowingly unfulfilled and hungry for a Hollywood romance. Or perhaps he would simply be a clear-cut antagonist, and in some ways, he essentially is. Instead, Reynolds credibly expresses himself as a content bachelor from the very beginning, cycling through new relationships with women as often as he designs dresses, because in his high-strung world, a romantic partner should serve more than one purpose. A romantic partner has to be sewn into his daily life, subservient to his needs as an artist and, ultimately, a mannequin for his latest creations. Only his sister Cyril (Lesley Manville) has ever risen to the challenge of ruthlessly cementing herself within Reynolds’ personal and professional life.

Eventually, Reynolds discovers a waitress named Alma (Vicky Krieps) and begins the romantic cycle all over again, first wooing her with his bold luxury before devolving into the temperamental egoist he really is. From there, Alma takes on the challenge of taming the shrew, adjusting her life to fit his while defying the worldview of the unlikable man-child.

Few of us can relate to these circumstances, of course, but the value of Phantom Thread is how its heightened circumstances can illuminate and provoke self-reflection. We observe Reynolds’ cartoonishly brutal behavior and gawk at first, only to wonder if the man shares more in common with us than we initially assume. The allegory is clear: Both profession and marriage require the meticulous crafting and care realized through dress-making.

Again, most films, especially romantic comedies, would rely on simpler emotional beats to salvage the central relationship. Here, there is no romantic declaration, at least in the traditional “chase through the airport” sense. The key romantic gesture in Phantom Thread is passive aggression, held up to make a larger point: No relationship is perfect (and no dress is, either). Falling in love can’t involve trying to change everything about a person, but rather understanding their flaws and agreeing how to face the future together.

Clocking in at just over two hours, this is a film that carries you through the ebb and flow of an intoxicating relationship, paired with a beautiful, imperfect score from Jonny Greenwood. Phantom Thread is the rare film with enough delicacy to serve up what is essentially dating advice without being explicit about it. No, it would be rather unwise and foolhardy to navigate a relationship even remotely similar to what transpires here, but the struggle for control in an institution built around severe societal expectations is illustrated beautifully in Phantom Thread. This film has enough attention to detail to point out that conflict in just about everything outside its neatly lit world.

Study: Last Year 82% of the World’s Wealth Went to 1% of the Population