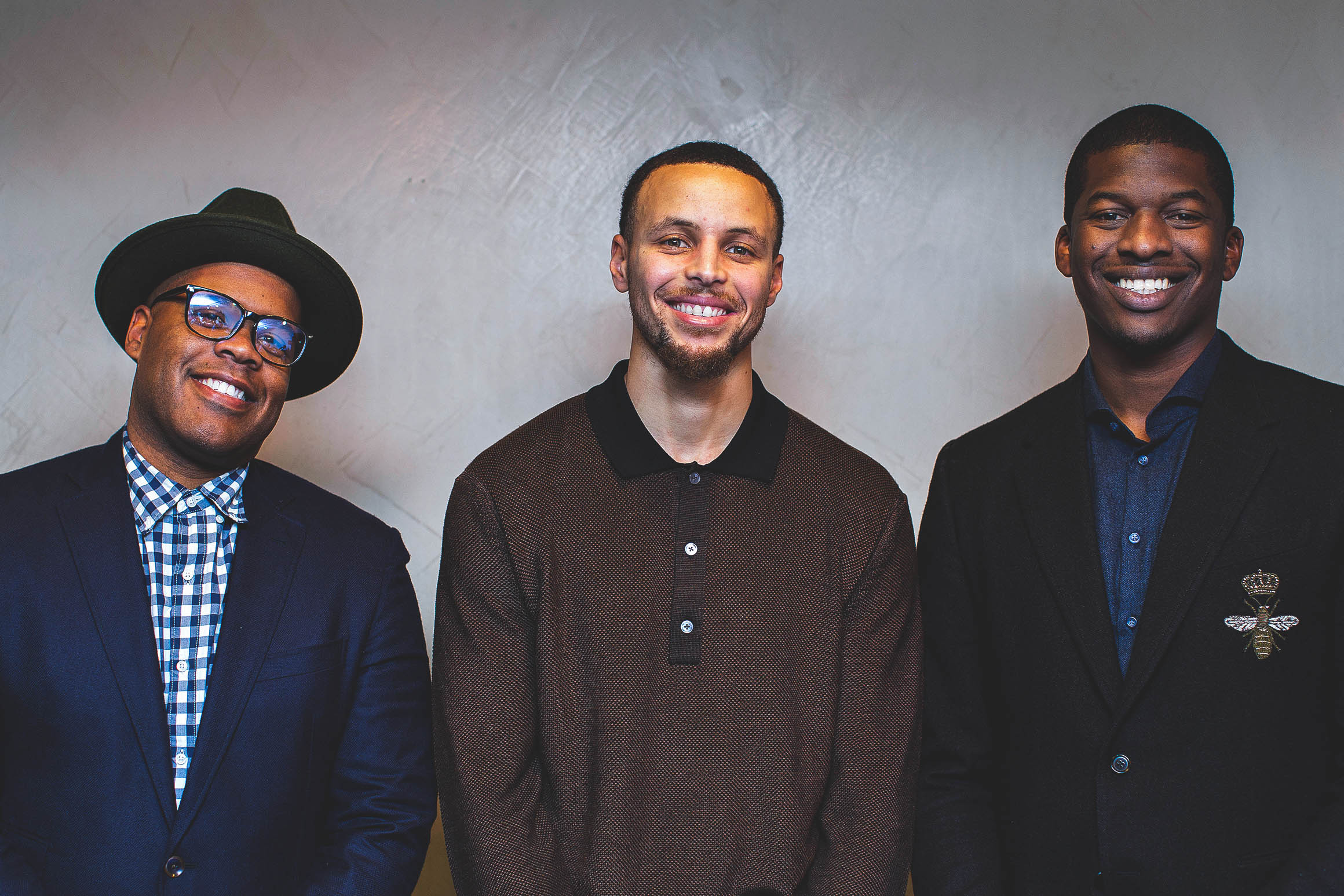 NBA star Steph Curry co-founded Unanimous Media because he believes stories can reflect and change the way we look at the world. “I know I have a unique opportunity to reach a wide audience,” he told RELEVANT. “I want to leverage that to inspire and move people.”

Unanimous Media is founded on the principle that faith stories in particular can make a positive, unifying impression on audiences whether those audiences have faith backgrounds themselves. The company’s early ventures carry a crossover appeal that’s still relatively uncommon in the world of faith-based movies. Breakthrough, a family drama about the power of prayer, was the company’s debut production, but the Unanimous pipeline is diverse: There’s a faith-adjacent romantic comedy in the works, a sports television show and even some projects related to VR.

The one thread running through all these projects is their common mission. Curry says: ”It was important for me to start Unanimous Media with the goal of telling powerful faith stories, honestly, because life is hard. There are curveballs and losses that can feel overwhelming; but through those moments there is also a God who by nature cannot abandon you. If we can introduce or redefine who God is to someone, then the entire production was worth it.”

Co-founders of Unanimous Media, Erick Peyton and Jeron Smith, have joined Curry in the endeavor to bring new faith stories to a wide audience. They spoke with RELEVANT about the motivations behind the company, their upcoming documentary Emanuel and a few additional movies and shows releasing soon.

RELEVANT: Why did you want to found Unanimous Media? What were those early conversations like about the mission of the company?

Smith: This is Stephen’s brain child. This is Stephen wanting to use his platform to impact and inspire. And when we all sat down and talked about the opportunity in media, there was no better way to inspire people than film, television and digital. Media became a vehicle to inspire, to impact and to bring families together.

Peyton: We want to work on projects that move people. It’s really as simple as that—storylines to draw people in and make them think or make them feel and bring them together.

It seems there are a couple pillars to these projects: sports, family and faith. Is that accurate, and if so, how did you land on those?

Smith: It’s almost serendipitous how [Unanimous’ first movie] Breakthrough brought those three pillars together. It kind of made it the perfect first theatrical release for Stephen and for our company. Those pillars came about as an extension of who Stephen is. When you think about who Stephen is and what he represents, he really is a man of faith, and his family is paramount.

Peyton: I think we look at these stories and we want to make sure the cast represents culture and the story represents the culture. That is really how we try to break these stories. We don’t want these things to fit in a box and be categorized as a faith-based film. We look at these films as inspirational. We’re trying to think outside the box when we’re reading these scripts. From a 360-degree view, we’re trying to break the mold around that traditional faith-based format.

Smith: Ultimately, delivering a premium product is imperative. Once we find the story, a line on the story, or feel like there are shared values in how that story is told, the focus shifts to delivering a quality product, which will obviously yield an excellent viewing experience for our audience. The more we deliver in terms of your cinema experience, the more eyeballs are going to see it, and that’s the goal. We want as many people to experience these stories as possible.

I want to talk about [your upcoming film] Emanuel. This was a devastating story, and there is so much it has to say about faith, race and forgiveness, but a lot of people may have familiarity with when it was in the news. How do you think viewers will be surprised watching this particular film?

Smith: The surprise comes in the families’ response to the tragedy, but it’s not just rooted in the response. Director Brian Ivie is incredibly talented. When you look at the story arc and the pace of the docs and the way he draws the audience into the individual families, you get to this climax where you experience the tragedy and how the families responded to it. Not all of the families chose to forgive Dylann for that tragic act, but many of the families did, and you witness these tremendous benchmarks in humanity. Those survivors chose to love in the face of hate.

There’s this moment when Dylann is locked up and the judge gives [the families] the ability to have some words for him. This woman is weeping and telling Dylann about the effect his act had on her family. You can barely make it out. She takes a moment and finds almost this divine spirit and says, ‘I forgive you.’ It brings me to tears every single time. So even if you know what the film is about, even if you know how the families responded to Dylann, it’s still a poignant and surprising moment when you’re able to hear the families utter those words.

Peyton: You also see how the community comes together and spreads the message about the power of forgiveness after the story of Emanuel hits the news. A lot of outlets picked it up and you see the community come together. I think that’s one of the important themes in the film as well.

What was it like the first time you guys and Stephen were able to see the film? What were your reactions to it?

Smith: Tears. I definitely had an emotional response to the film, and I think the same goes for Stephen as well as everyone who sees the film. I think you’re inspired by the power of forgiveness but I love the way the story did not tell you what to think. It creates a dialogue. It sparks a conversation and lets the viewer digest information for themselves.

Peyton: This is one of those films that truly sticks with you. You never know when you’ll start thinking about it.

I want to ask about a couple things I heard some rumors about. I heard there was a mini golf reality show you guys are working on. Is that in the works?

Peyton: Yeah, the show is called Holey Moley. It will be on ABC this summer. It’s really extreme miniature golf.  It’s one example of being able to sit down with your family for 30 minutes or an hour and just watch a fun and entertaining show.

Smith: Obviously Holey Moley isn’t a faith-based show, but when you think of Unanimous and our mission to use media to bring families together, this is definitely a show you can sit down and watch with your family and give you something to laugh and bond over.

Out of you two and Stephen, who’s a pretty avid golfer, who would win a round of mini golf?

Smith: I want to really hone in on how this is truly extreme miniature golf. While Stephen might win at your local miniature golf course, I think Eric and I have a shot at beating him on a Holey Moley course. It’s a little different.

I read there’s a potential movie about dating on the church scene. Can you tell me anything about that film?

Smith: Church Hoppers is the working title right now. It’s about two individuals who visit a myriad of churches for the purpose of picking up women, but along the course of the film they are transformed through the process.

I love the concept. In our reader base, everyone’s experienced dating in the church, but it’s never been depicted in any kind of meaningful way on film. What are some other projects you have in the works? I heard there could be VR and things in the gaming world.

Smith: We probably can’t go too deep, but we see media as multifaceted and multidimensional. When we look at media as a company, it goes beyond film and television, and soon you’ll see what our expression of experiential media looks like. Later this summer we ‘ll be announcing a few more projects that we’re incredibly excited about, because it shows the evolution of our company.

‘It: Chapter Two’ Is Written By a Christian, and He Says the Movie’s Scarier than the First